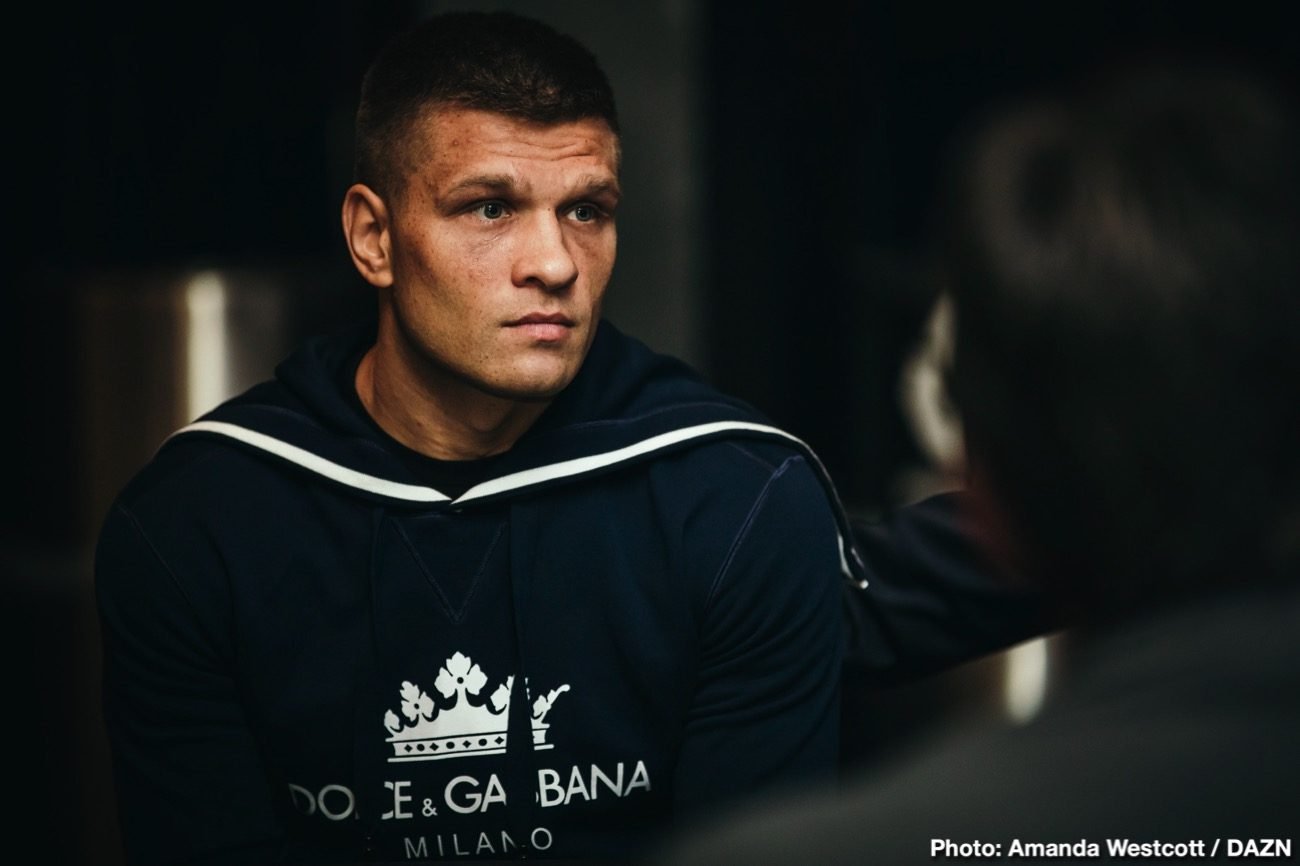 By Matt Lieberman: Sergiy Derevyanchenko and his manager Keith Connolly want Saul Canelo Alvarez next after losing a highly controversial 12 round unanimous decision last Saturday night to Gennadiy Golovkin, according to Mike Coppinger. A lot people think Derevyanchenko was robbed. Canelo would be pleasing many of those fans if he acknowledged Derevyanchenko as the guy more worthy of a fight than Golovkin.

Connolly says Derevyanchenko would give Canelo Alvarez a tougher fight right now than GGG, and a lot of people would agree with that. Canelo (52-1-2, 35 KOs) is fighting against WBO light heavyweight champion Sergey Kovalev (34-3-1, 29 KOs) on November 2. After that fight, Canelo will be moving back down to middleweight. He’s not going to stay at 175.

Canelo has the following options after his next fight with Kovalev:

Callum, Murata and Saunders are opponents that won’t bring Canelo anything. Murata is with Top Rank, and fights on ESPN. That’s not a good match-up for Canelo. Saunders and Callum are unknown guys to the casual boxing fans in the States. The southpaw Andrade has a small fan base, and moves a lot. It’s bad enough that Andrade is a southpaw. But when you add in the fact that moves a lot, and doesn’t have a large fan base, it’s a pointless fight for Canelo.

Canelo will need a good opponent when he moves back down to 160, and he would make a lot of boxing fans happy if he selects Derevyanchenko. It would be one of those situations where Canelo can quiet his critics that have pressuring him to fight GGG a third time. If Canelo fights Derevyanchenko, and beats him in an impressive manner, the fans would see it as pointless to press him further to fight Golovkin again.

GGG not likely to fight Derevyanchenko next

Derevyanchenko and management are making the wise move in calling out Canelo Alvarez right now, because it’s looking like Golovkin WON’T be giving him a rematch in his next fight. GGG’s promoter Eddie Hearn said he could either be mandatory defense next or he’ll be looking for a career defining fight against one of the world champions. The fights that Hearn wants Golovkin to take are against champions that DON’T have a large fan base in the U.S.

Hearn wants GGG to fight his Matchroom guys Callum Smith, Billy Joe Saunders or Demetrius Andrade next if Canelo chooses not to face him. Eddie has not been able to put any of these champions in a big fight for some reason. Saunders and Andrade were guys that signed with Hearn recently, and their previous promoters had not matched them against big names.

So now Hearn is trying hard to get fights for them, but they don’t have anything to offer other than their titles. Golovkin gains nothing in winning world titles at 168 against champions that the American public have never seen before.

GGG beat Derevyanchenko by a 12 round unanimous decision at Madison Square Garden in New York. The judges scored it diferent than how many of the fans saw the fight. They had it 115-112, 115-112 and 114-113. The fans largely saw Derevyanchenko winning the fight, and they let the judges and GGG know what they thought after the match by booing loudly. It wasn’t just a brief amount of booing.

The fans booed Golovkin from the moment the scores were announced until he left the ring. When fans boo to that extent, it tells you that they were very unhappy with the decision. These were Golovkin’s fans though.

When he came into the ring for the start of the fight, he was the one getting all the cheering. The fans had a sense of fairness about them, and that’s why they booed. They weren’t going to cheer for GGG if they didn’t think he deserved the win.

Derevyanchenko (13-2, 10 KOs) is now seen as the uncrowned champion after failing for the second time to win the vacant IBF middleweight title.

Last October, Derevyanchenko lost a questionable 12 round split decision to Daniel Jacobs at Madison Square Garden. A year later, Derevyanchenko had the same thing happen to him in his fight against Golovkin (40-1-1, 35 KOs).

After a disputed loss to GGG, Sergiy Derevyanchenko wants a crack at Canelo in May, Keith Connolly tells The Athletic. “He, along with the public, knows he won the fight and should be champ. At this point Sergey would give Canelo a more competitive fight than GGG with his style.” 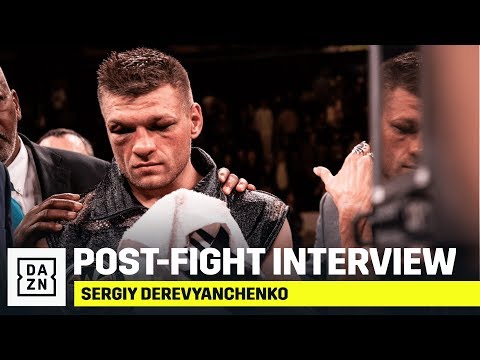