By Charles Brun: Dereck Chisora is stubbornly hoping that his fight this Saturday night against David Price will be the main event on the Sky Box Office card at the O2 Arena in London, England. Although the light welterweight unification fight between unbeaten champions Regis Prograis and Josh Taylor is expected to be the headliner for Saturday’s card, Chisora (31-9, 22 KOs) is still wants his fight with Price to be the top of the bill.

Chisora says he’ll know in the next couple of days whether he’ll be in the main event or not. He says he still hasn’t spoken to Matchroom Boxing promoter Eddie Hearn yet about whether he’ll be the main attraction on Saturday’s card. Chisora, 35, isn’t saying what he’ll do if his fight with Price (25-6, 20 KOs) isn’t moved to the main event.

Hopefully, Chisora doesn’t act out at the final press conference, and explode with an angry melt down like he did at the kick off press conference last month. WBA light welterweight champion Prograis (24-0, 20 KOs) had the courage to let Chisora know on stage why his fight with Taylor (15-0, 12 KOs) is the main event, but it didn’t go smoothly. Chisora had a proper fit about not being the main attraction for the card.

At the time, Chisora was supposed to be fighting former WBO heavyweight champion Joseph Parker. Under normal circumstances, Chisora-Parker would be a main event fight, even though neither guy is a world champion. But with unbeaten light welterweight champions Prograis and Taylor being on the same card, it would have put Hearn in a bad spot in putting their fight on the undercard of the fringe contender Chisora and British domestic level heavyweight Price.

At the kickoff press conference, Chisora let Prograis have it with both barrels by minimizing his fight with Taylor.

“The Muhammad Ali trophy, no one gives a f— about it no more,” said Chisora about the trophy Prograis and Taylor are fighting for in their WBSS final. “Nobody gives a f— about little guys anymore. They only give a f— about the heavyweight game.  And Nobody cares about you, bro. Don’t get me started, bro, or I’ll squash you. I don’t give a s—.”

“I’m excited for this fight,” said Chisora to Sky Sports Boxing about his match against Price next Saturday. “I appreciate the fans for embracing me, so I have to come and deliver. But we haven’t come to a conclusion about that, but I’m hoping it’ll be sorted out in the next couple of days,” said Chisora about wanting to be the main event on Saturday.

“No, nothing has changed [about Chisora still wanting to be main event]. Nothing yet. We haven’t spoken,” said Chisora about Eddie Hearn. “We box the same way. The way I box is pressure, pressure bringing it to the other guy, and that’s what we’re doing. Right now, it’s David Price,” said Chisora when asked if he plans on rescheduling with Joseph Parker.

Hearn is going to upset a lot of people if he bends under the pressure from Chisora and moves his fight against Price into the main event at the O2. Prograis and Taylor will likely be livid at learning that their high profile fight has been moved to the chief support of two fighters that likely never win a world title. Chisora still hasn’t won a world title and his chances of picking one up now are quite low. As for Price, 36, he isn’t even a heavyweight contender. He’s obviously not going to be fighting for a world title this lifetime.

DAZN has to be considered in all this as well. They’ll take heat from American boxing fans if the Chisora vs. Price fight is moved into the main event on Saturday. How would DAZN advertise a fight like that with the U.S fans? Chisora-Price is a horrible mismatch on paper, and perhaps worse than Dereck’s recent farce against Artur Szpilka.

Oleksandr Usyk is a fight Chisora is targeting

“Nobody wants to see a dancing show. This is a boxing match,” said Chisora about Olekandr Usyk. “I want to have that fight. Yeah, I’ll take it. We don’t know yet,” said Chisora bout his next fight.

Chisora should forget all about fighting Usyk, because there’s no chance of that happening. Usyk wants one thing and that’s to fight the winner of the December 7th fight between Anthony Joshua and Andy Ruiz Jr. Hearn wants that as well. If he didn’t, he would have matched Usyk against a good opponent during his heavyweight debut on October 12.

For Chisora to get a fight against Usyk, it would need to come after a loss for the Ukrainian. He’s not going to waste time fighting guys that don’t bring in the biggest money unless he’s making a world title defense.

“Everybody is going to Saudi. Let’s get on the train and go to Saudi,” said Chisora. “It’s a good thing for Tyson, and he’s breaking into America. So I don’t blame him, because he’s trying to sell out that fight with Deontay Wilder [in February 2020]. The promotion of going there is amazing, so good luck to them,” said Chisora about Fury fighting in a WWE event on October 31.

If Tyson Fury’s still healing cut is reopened in his WWE match on October 31, Chisora might have a different outlook on the wisdom of taking this fight. Fury is scheduled to fight a rematch with WBC heavyweight champion Deontay Wilder in February. However, Fury is still nursing a bad cut from his last fight against Otto Wallin last September. The cut needed 47 stitches to close. Competing in the WWE event on October 31 is way too soon for Fury to be taking part in an athletic contest.

“I’ve known him since we were amateurs. He’s a good friend of mine,” said Chisora about Price. “We don’t call each other, but this time we’re going to be blowing up each other. It’s just business.

“Boxing is an up and down sport. At one minute you’re fighting your last fight, and the last fight can be the biggest thing ever for your career. You never know with boxing.

With Price and Chisora being friends, it’s got to be a little tough to get motivated for this one. Chisora says he talked Price out of retiring a few years ago after a loss, and now he’s fighting him. There’s no way of knowing now how Price will take getting knocked out by Chisora. Price has turned his career around in winning his last three fights against low level opposition, and he’s hoping to big fight. For that to happen, Price needs to beat the gatekeeper Chisora.

This match is likely not going to go well for Price. It’s a fight that would have been winnable for him back in 2011, but Price’s career hasn’t gone well since his consecutive defeats at the hands of Tony Thompson in 2012. 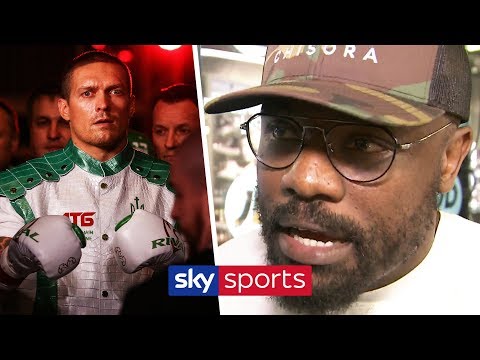