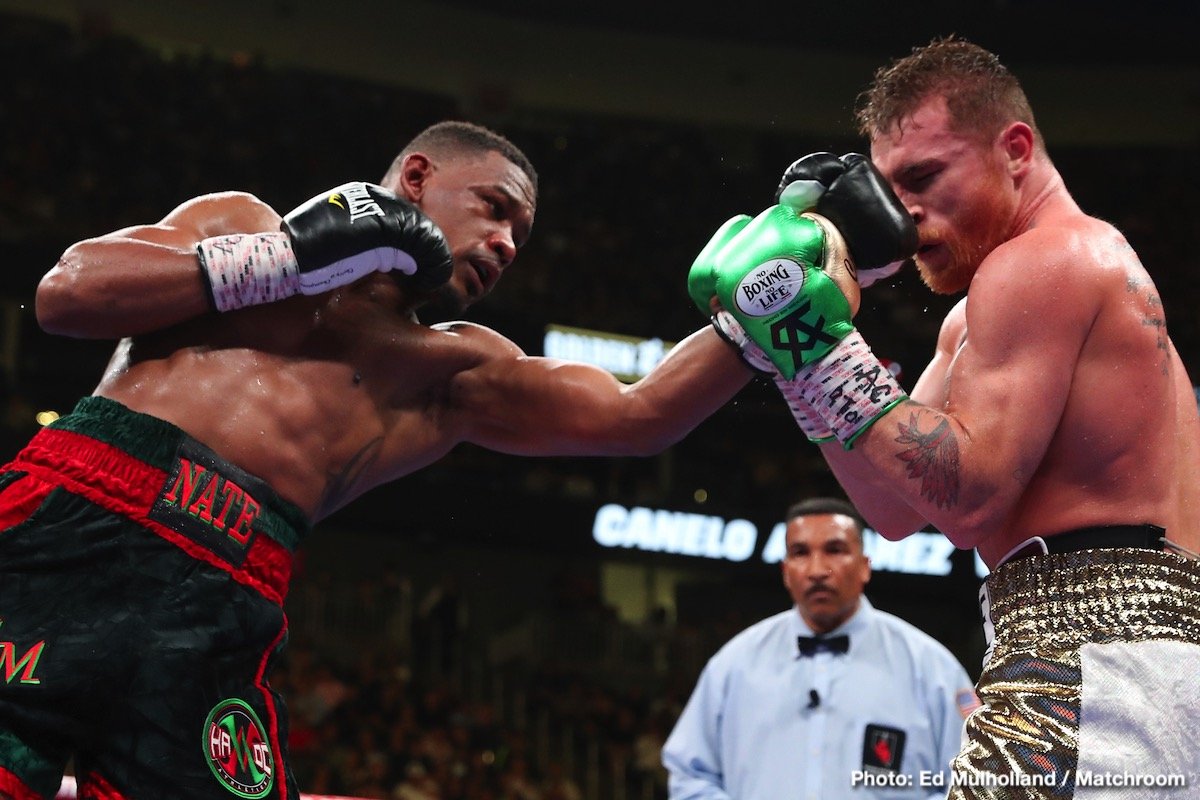 By Kenneth Friedman: Daniel Jacobs vs. Julio Cesar Chavez Jr. has been moved from December 13 to December 20 on DAZN, according to @MikeCoppinger. The original date of December 13th wasn’t going to work for the Jacobs-Chavez Jr. fight due to their being a DAZN card headlined by unbeaten welterweight contender Vergil Ortiz Jr. taking place on December 14.

It appears that they didn’t want to take the attention away from 21-year-old Ortiz Jr. (14-0, 14 KOs), who could be the next star for Golden Boy Promotions.

Jacobs (35-3, 29 KOs) is moving up to super middleweight after campaigning at 160 for his entire 10-year pro career. The choice of the struggling 33-year-old former WBC middleweight champion Chavez Jr. (51-3-1, 33 KOs) as Jacobs’ first opponent at 168 is an odd one, because it’s a mismatch, and not a fight that will prepare him in any way for the talented guys in the division.

Chavez Jr. is coming off of a 1st round knockout victory over journeyman Evert Bravo on August 10, but before that he hadn’t fought in two years since his loss to Saul Canelo Alvarez in 2017. Jacobs vs. Chavez Jr. is more of a business level fight. You can’t blame Jacobs for wanting to take the money fights while he can. Jacobs lost his last fight against Canelo Alvarez in a 12 round unanimous decision defeat on May 4 on DAZN.

There’s a lot of question marks about Jacobs in moving up to 168, because he’s a little long in the tooth to be moving up to a new weight class. There are some talented fighters at super middleweight that Jacobs will have problems with. WBA champion Callum Smith and WBC champ David Benavidez are two guys that come to mind. Hearn will likely attempt to match Jacobs against Callum and WBO champion Billy Joe Saunders, since he promotes both of those guys.

Given Jacobs’ history of having problems against punchers, Saunders would be the better option for him. Callum might be too big, too strong and too young for Jacobs. In moving up in weight, Jacobs needs to take it slow and not jump into a match against one of the hard punchers right away, because it might be disastrous for him.

The original working date was Dec. 13, but with Vergil Ortiz Jr. slated to headline a DAZN show Dec. 14, the Jacobs-Chavez fight is now pegged for Dec. 20. Would give DAZN cards on three consecutive weekends in December https://t.co/F7iMLFc8Sx