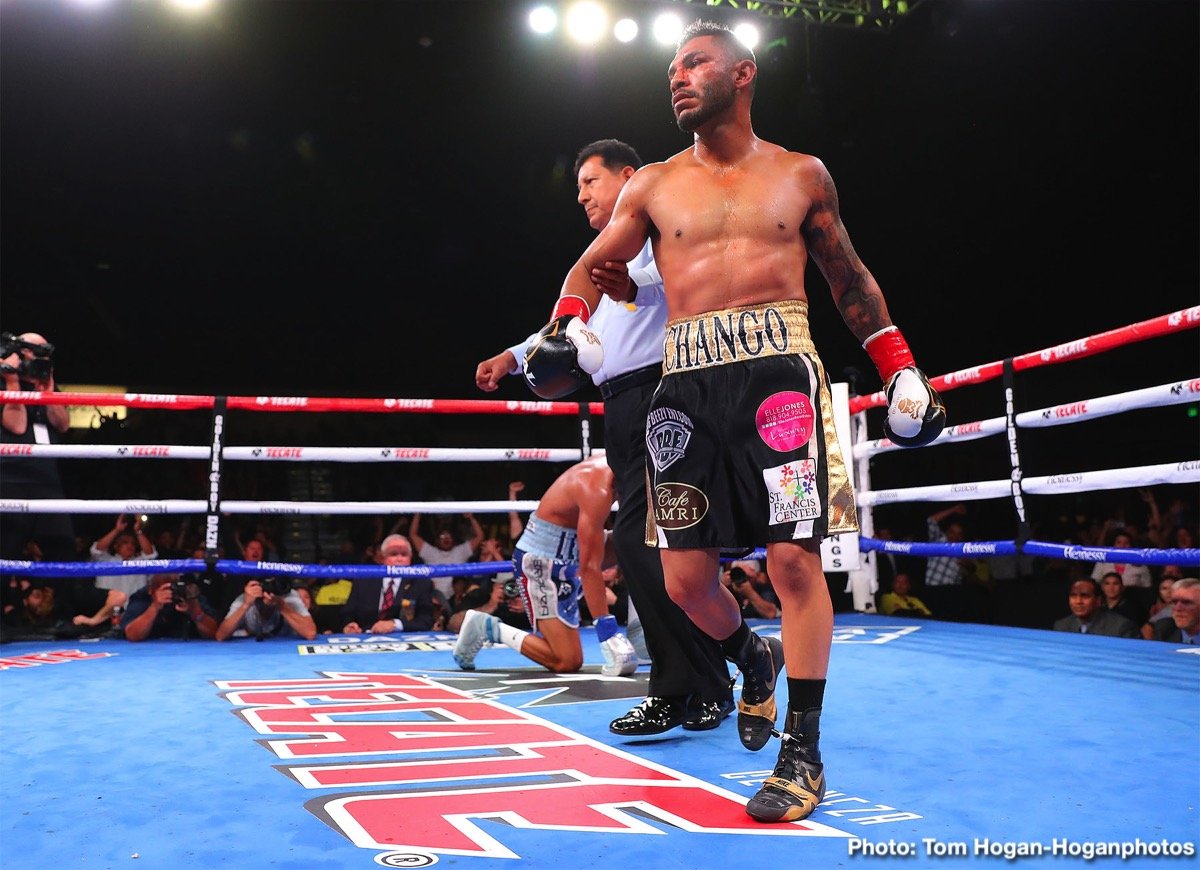 WBA Super Featherweight World Champion Andrew “El Chango” Cancio (21-4-2, 16 KOs) will defend his title for a second time in a 12-round rematch against Rene “Gemelo” Alvarado (31-8, 20 KOs). The event will take place on Saturday, Nov. 23, 2019 at Fantasy Springs Resort Casino in Indio, Calif. and will be streamed live exclusively as part of fight season on DAZN.

“Andrew Cancio is a very resilient fighter and has proven himself with his raw talent and passion, showing his true potential to grow in this industry. Meanwhile, Rene Alvarado has also put in hard work during his tenure, with an impressive determination in the ring that has kept up his winning streak over the past couple of years,” said Oscar De La Hoya, Chairman and CEO of Golden Boy. “This year, we’ve put on many high-quality bouts at Fantasy Springs and are confident this event will be the best so far. We’re also excited to add this card to this fall’s action-packed fight season on DAZN. You don’t want to miss this!”

Cancio is a 30-year-old world champion who recently made two back-to-back stoppage wins against former undefeated world champion Alberto “Explosivo” Machado. The native of Blythe, Calif. has become a hero in his hometown, where he received a “Key to the City” after his first win against Machado. Cancio is managed by Ray Chaparro and recently re-signed with Golden Boy before his win against Dardan Zenunaj. Since his return to the sport after a two-year hiatus, he has become one of Golden Boy’s most prominent and determined champions.

“I’m very excited to return to my second home, Fantasy Springs Casino on November 23 for the rematch with Rene Alvarado,” said Andrew Cancio. “This is my 12th time fighting there, and I love the enthusiasm my fans bring to the venue in support of my fights. Rene Alvarado and I have fought before and now he’s earned another opportunity to fight me. I know he’ll be very well prepared to try and take my WBA world title. However, I plan on defending my championship in impressive style once again and show boxing fans in attendance and watching on DAZN that I’m the best 130-pound fighter in the world, period!”

“Nicaragua is known for its great world champions, and I’m one step away from becoming one,” said Rene Alvarado. “I’m coming for the victory against Andrew Cancio on November 23. We know each other very well, and it’s going to be a war.”

In the co-main event, Xu Can (17-2, 3 KOs), China’s third world champion, will defend his WBA Featherweight World Title against rising contender Manny Robles III (18-0, 8 KOs) of Los Angeles in a 12-round fight.

Robles is a crafty fighter whose grandfather and father were renowned trainers. After victories against the likes of Edgar “Kid Neza” Valerio and Rigoberto Hermosillo, Robles is ready to take on the biggest challenge of his career against a man who has become a national hero in his home country.

“I’m ready to make the second defense of my world title,” said Xu Can. “I defended it with honor in my home country of China, and now I’ll come back to the United States to defend it against a tough fighter. Manny Robles III as earned his opportunity. He is smart and tough, but I plan to remain champion for a very long time.”

“My time has come,” said Manny Robles III. “All of my amateur experience, the hours spent in the gym, and the tough fights as a professional have prepared me for this challenge. I’m ready to bring a world title to Los Angeles and make everyone at home proud. Xu Can is a phenomenal fighter, but on Nov. 23, the Robles family will crown its very own world champion.”

Rashidi “Speedy” Ellis (21-0, 14 KOs) of Boston will fight Eddie “Eboy” Gomez (23-3, 13 KOs) of the Bronx, N.Y. in a 10-round rematch for the vacant WBA Continental Americas Welterweight Title. Ellis is very close to a world title opportunity, while Gomez is eager to avenge his stunning first-round knockout loss to him in 2016.

Victor Morales Jr. (12-0, 7 KOs) of Vancouver, Wash. will return in an eight-round super featherweight bout. This will be Morales’ first fight on a Golden Boy card after signing with the company.

Alberto “Impacto” Melian (5-1, 3 KOs) of Buenos Aires, Argentina will participate in an eight-round super bantamweight fight. Melian is a two-time Olympian who will return after his first loss against Leonardo “Leon” Baez for the NABA Super Bantamweight Title.

Daniel Barrera will make his professional debut in a four-round super flyweight fight.

Alex Rincon (7-0, 6 KOs) of Dallas will return in a six-round super welterweight fight.

Opponents for this undercard will be announced shortly.

Cancio vs. Alvarado II is a 12-round fight for the WBA Super Featherweight World Title presented by Golden Boy. The event is sponsored by Tecate, “THE OFFICIAL BEER OF BOXING,” and Hennessy “Never Stop. Never Settle.” The event will take place Saturday, Nov. 23, 2019 at Fantasy Springs Resort Casino in Indio, Calif. and will be streamed live on DAZN. The title defense is one of several highlights this fight season on DAZN – an entire fall featuring boxing’s biggest matchups in one of the best schedules in boxing history.