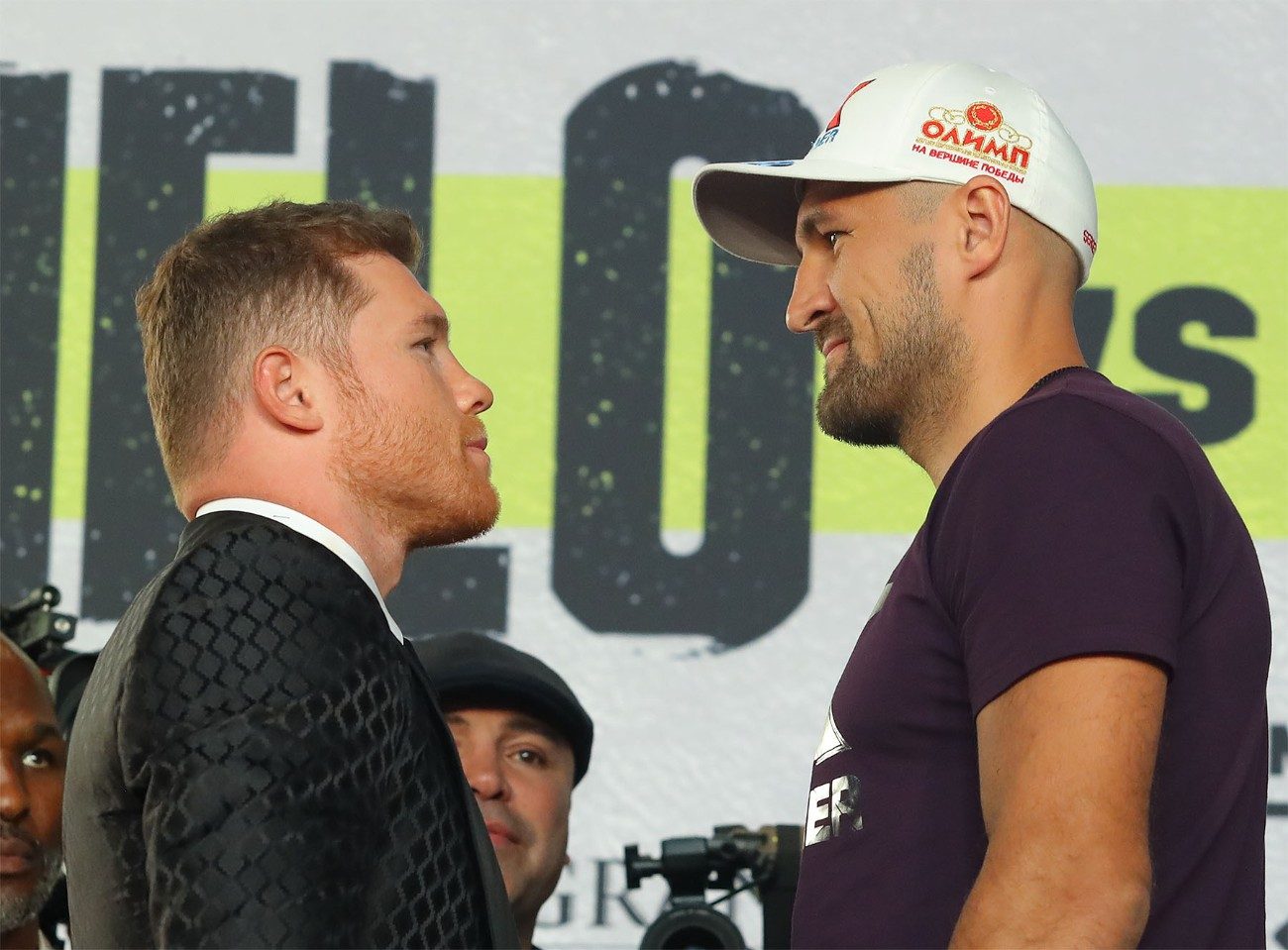 By Allan Fox: Gennadiy Golovkin’s former trainer Abel Sanchez is predicting a knockout win for Saul Canelo Alvarez in his title challenge against WBO light heavyweight champion Sergey Kovalev on November 2. Sanchez, whose former fighter GGG failed on two tries against Alvarez, thinks the waist movement and the body shots from Canelo will be too much or Kovalev.

Kovalev won’t be able to land his shots on Canelo

“Canelo has something that was very noticeable in the last fight, and it was his waist movement,” said Sanchez to ESPN Deportes. “Kovalev is big and strong, he is going to try to jab him and he is not going to find it, and there they are going to hit Kovalev’s body tightly. I I think that between the seventh and tenth rounds he can knock him out, “Abel said.

It would be smart for Kovalev to test Canelo’s midsection by throwing straight right hands to the body. It wouldn’t be a good idea for Kovalev to camp inside against Canelo the way a traditional body puncher would. That would be foolish, because Kovalev lacks the inside game to beat Canelo in that type of fight. Nevertheless, there’s nothing keeping Kovalev from throwing body shots from the outside the way Artur Beterbiev was in his last fight against Oleksandr Gvozdyk.

Canelo has been using waist movements on a frequent basis since after his loss to Floyd Mayweather Jr. He used a lot of waist movement in both fights with GGG. It’s unclear why Sanchez is only now noticing it. He’s been using movement for the last six years now, and it’s obviously helped that he’s fought mostly head-hunters.

Kovalev can’t let Canelo get inside on him

Canelo is going to be trying hard to get in close to land his hard body shots during the fight. Kovalev has done a good job in the past in staying on the outside against fighters that like to throw body shots. However, in Kovalev’s two fights with Andre Ward, he was unable to keep him off. Ward approached the two fights with Kovalev like an MMA guy in taking the action to the inside, and then  tiring Kovalev out with wrestling. The first fight didn’t resemble a boxing match due to all the mauling Ward was using.

“The work that Eddy Reynoso and Chepo Reynoso have done with him is remarkable,” Sanchez said about Canelo. “Obviously when I had to face it twice with Golovkin, I had to join the promotion and you say things, but I think today is the face of boxing.”

Sanchez gives Canelo’s trainers Eddy Reynoso and Chepo Reynoso a ton of credit for them being able to develop him so well. However, those trainers haven’t anyone else like Canelo. He was a special case. Like Andre Ward, he’s someone likely would have been a world champion no matter matter who trained him.

Canelo is the type of fighter that learns quickly, and applies what he’s learned. You can argue that a lot of the stuff that Canelo has learned has come from being in the ring with different opponents. He learned a lot from his fight with Floyd Mayweather Jr. in 2013.