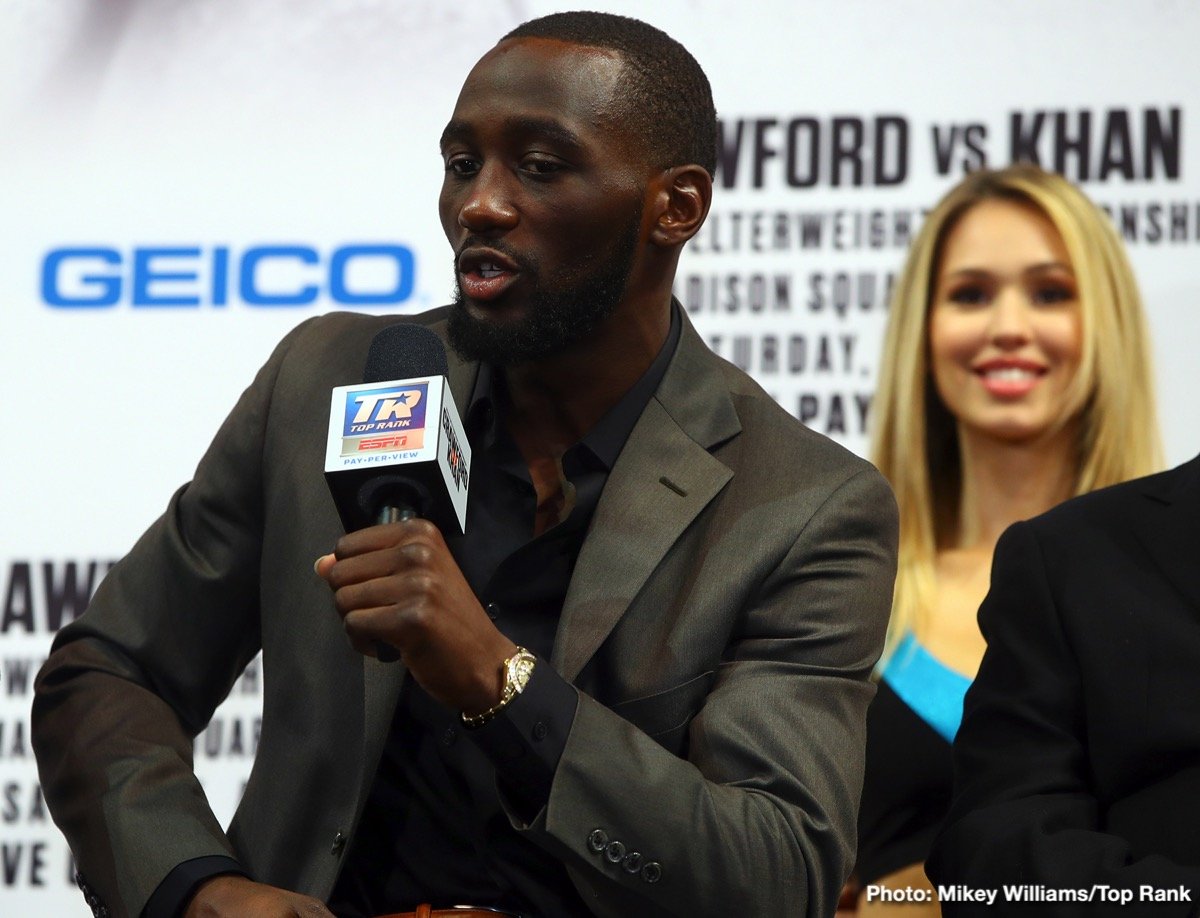 Crawford isn’t saying whether that means he should get a bigger cut than a 50-50 purse split, but if that’s the case then it could prove to be problematic in making the fight.  While both guys are still unbeaten and in their prime, Crawford asking for more than 50% of the purse will doom the fight until one or both of them are over-the-hill.

Spence has a unification match coming up against WBC welterweight champion Shawn Porter this month on September 28 on Fox Sports PPV at the Staples Center in Los Angeles, California. If Spence wins that fight, he’ll be the IBF/WBC welterweight champion. He’ll have two belts compared to Crawford’s one title. Crawford has the WBO belt, and that title is sometimes held by lesser champions at 147.

“This isn’t your average championship fight. We’re at Cowboy Stadium.”

Crawford’s promoter Bob Arum of Top Rank Boxing has designs of making the unification fight with Spence in early 2020. Although Spence has many options available to him against the PBC fighters, Arum believes he can lure Spence into crossing the street to face Crawford. Arum says that the only big money fight in the 147-pound weight class today is Crawford vs. Spence. That’s the only one that will move the Geiger counter to bring in the boxing fans to want to pay to see a welterweight clash. Arum matched Crawford against Amir Khan on ESPN PPV last April. There wasn’t much interest from fans in that mismatch, which Crawford won by a 6th round stoppage.

“Honestly, I think I’m the A-side,” said Crawford to Helen Yee Sports about a fight between him and Errol Spence. “He thinks he’s the A-side. You know if we both feel that we’re the A-side, then we’ve got to come to an agreement. It makes me feel great that some of the previous champions, and great fighters rank me #1. It just goes to show how far I’ve come in my career, and how well I’ve been doing in the sport of boxing,” said Crawford.

Spence brought in big numbers recently in his fight against Mikey Garcia on Fox Sports PPV last March. With that successful PPV endeavor, Spence is the one that is in a position to ask for the bigger cut of the revenue for a fight against Crawford.

It’s still early in the game for Spence and Crawford to be fighting each other. Spence has only been a world champion since 2017, and Crawford picked up his WBO belt last year. The fight could be a lot bigger if they let it marinate for two or three years, and meet up in 2022 or 2023. Spence isn’t going anywhere. He’s rock solid, and isn’t going to lose for a long time. He might stay on top for until his 40s. In Crawford’s case, he’s probably got another 2 to 3 good years left in him before he starts losing. There’s plenty of time still for the Spence vs. Crawford fight to marinate.

If Crawford is going to be a problem making the fight with Spence, then it’s best for Errol to stay on his side and continue to fight PBC fighters. Crawford can be the A-side with the matches that Arum sets up for him against the likes of Egidijus Kavaliauskas, Kell Brook and Luis Collazo. Spence will focus on beating Manny Pacquiao, Shawn Porter, Keith Thurman, Danny Garcia, Sergey Lipinets and Vergil Ortiz Jr.