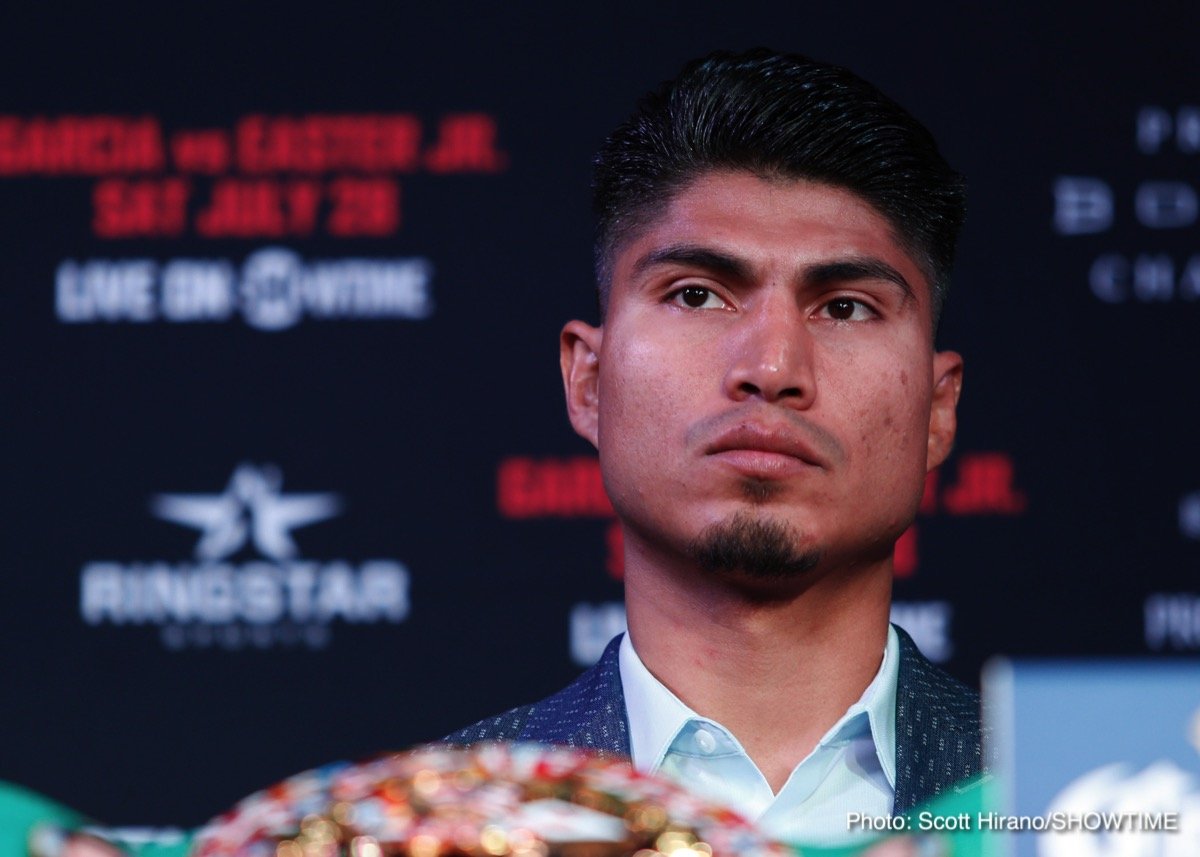 Mikey’s working out five times a week now, and Peter sees that as a sign that he’s going to be fighting soon. Pacquiao, 40, still doesn’t have an opponent for his next fight, and many believe that he’s not interested in fighting the winner of the September 28th unification fight between Spence and WBC champion Shawn Porter.

Manny Pacquiao would be big favorite against Mikey Garcia

Pacquiao vs. Mikey Garcia would likely be a mismatch. Although Mikey (39-1, 30 KOs) is the same height as Pacquiao at 5’6″, he doesn’t possess the same heavy hands that Filipino star has. Mikey’s hand speed is similar to Pacquiao, but he’s not as powerful with every punch, and not nearly as rugged. Pacquiao throws combinations, whereas Mikey has always been a one punch at a time type of fighter. For smaller guys to be successful at welterweight, they’ve got to be able to throw fast combinations.

“Whenever he doesn’t have a fight, he spars two times a week…but since two weeks ago, he’s been coming five times a week,” said Peter Garcia to Fighthype about Mikey. “My grandpa said, ‘He’s going to get a date soon. He doesn’t come on Tuesdays when he doesn’t have a fight coming up.’ It’s still in negotiations. It’s a fight that me, my dad and my grandpa like at welterweight,” said Peter about Pacquiao being a good fight for Mikey.

“He decided last year after he fought Robert Easter, when he started calling out Errol Spence. All of us thought, ‘yeah, it’s a fight [against Pacquiao] he could take, if we could get ready for, it was a fight that he could possibly win. There was a fight that was not easier. I’m not saying Pacquiao is an easier fight, but it’s more easier in terms of size. He’s a smaller guy. He’s moved up a lot of weight. Errol’s a guy that has to cut weight. He’s a big guy at welterweight. The style is a lot more difficult,” said Peter. 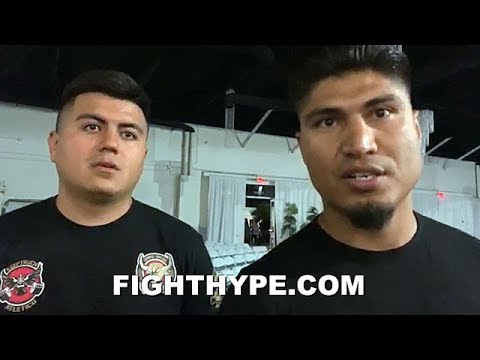 “Pacquiao is still one of the top fighters in the world, but it’s a fight that is more even for Mikey, we feel,” said Peter. “The Errol Spence fight, he was big, long, and athletic. Pacquiao is already 40, and he’s getting up there in age. In his last fight, he still looked like he was in his prime. So it’s someone that is really dangerous, but it’s a fight that we’re excited about. We’re hoping it gets done,” said Garcia.