Richard Commey vs. Teofimo Lopez on December 14 at MSG, NY 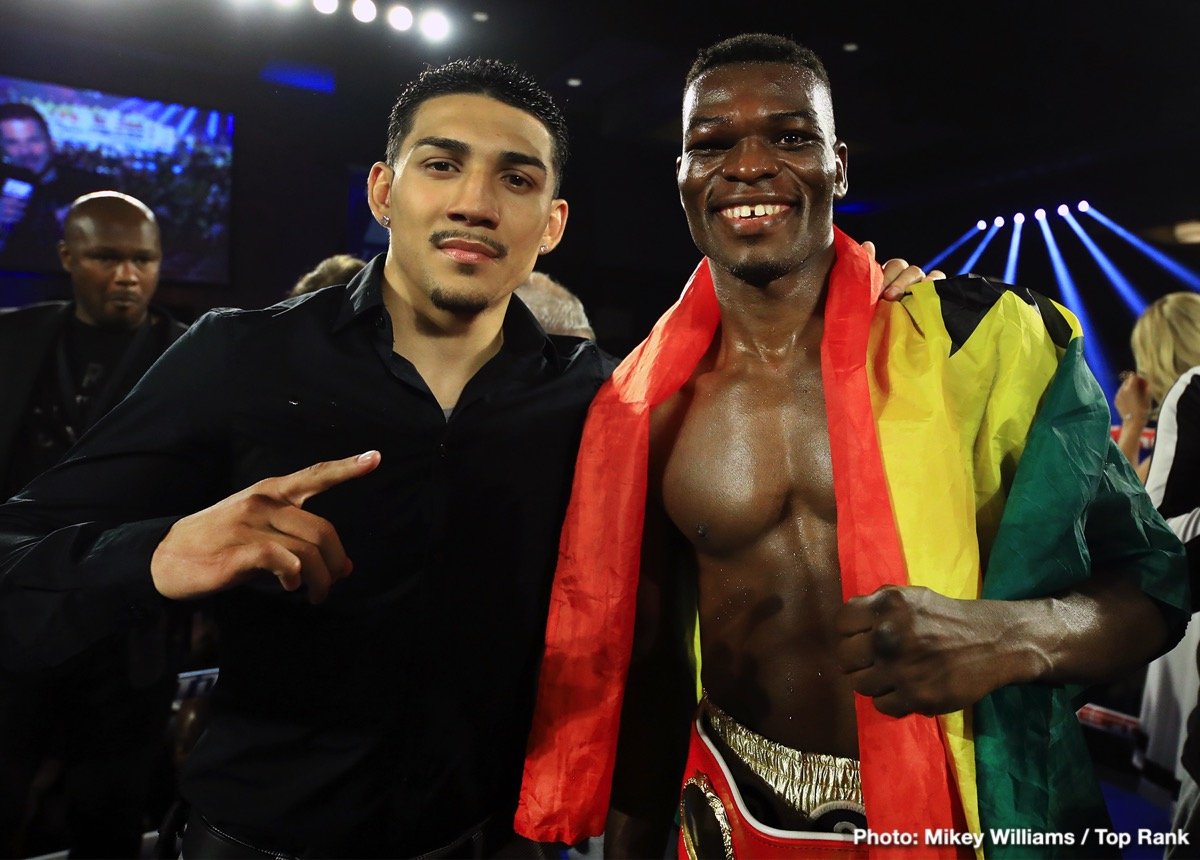 On December 14, Madison Square Garden, the Mecca of Boxing, will once again play host to one of the most highly anticipated fights in boxing as IBF Lightweight World Champion Richard Commey (29-2, 26 KOs), of Brooklyn, NY, makes the second defense of his title against #1-ranked mandatory challenger Teofimo Lopez (14-0, 11 KOs), also of Brooklyn, NY. The 12-round clash will be broadcast live on ESPN.

A native of the boxing rich country of Ghana, the hard-punching Commey is promoted by DiBella Entertainment, trained by Andre Rozier and managed by Keith Connolly and Mickey Amoo-Bediako, of Streetwise Management. On February 2, he fulfilled a lifelong dream and won the world lightweight title in a brilliant second-round knockout of Isa Chaniev in Dallas, TX. Making his first defense on June 28, he dominated and stopped former world champion Ray Beltran in the eighth round in Temecula, California. Both fights were also telecast live on ESPN.

Said Commey, “I’m really excited to be defending my belt at the Mecca of Boxing, Madison Square Garden. To be one of the featured bouts at such a prestigious venue is what dreams are made of. I have worked hard to be in this position and will be working harder to stay here. I want to thank my promoter Lou DiBella, my managers Michael Amoo-Bediako and Keith Connolly and my trainer Andre Rozier for making this happen for me.”

“Since winning his world title and defending it in dominant fashion, Richard has shown that he is ready for anyone in the lightweight division,” said Lou DiBella, President of DiBella Entertainment. “Commey is the champion and Lopez is a far less experienced challenger. Richard is the A-side unless and until Teofimo is able to prove otherwise on December 14 at Madison Square Garden.”

“Richard Commey can’t wait until December 14 to show the entire boxing world that he’s one of the most underrated champions in the sport,” said co-manager Keith Connolly. “If he beats a guy like Teofimo Lopez, who is one of the most hyped young prospects in the sport and deservedly so, Richard will prove to be a bonafide A-level world champion.”

Commey’s goal is to be undisputed lightweight champion

“It’s been a long journey, but Richard is now getting the rewards that his hard work and sacrifice deserve,” said co-manager Mickey Amoo-Bediako. “Team Commey is looking forward to seeing Richard write another chapter in his remarkable story, which will lead him to his ultimate destiny and that’s to be the undisputed lightweight champion of the world.”

Stated trainer Rozier, “Being in training camp with Richard is like a trip to Disneyland. Fun, exciting and enjoyable, he’ll be more than ready on December 14.”

Fighting on July 19, in his last bout, the 22-year-old Lopez struggled to a 12-round unanimous decision against Masayoshi Nakatini setting up the world title showdown with Commey.

Ray Mancini: Canelo Alvarez is an all-time great if he beats Sergey Kovalev »