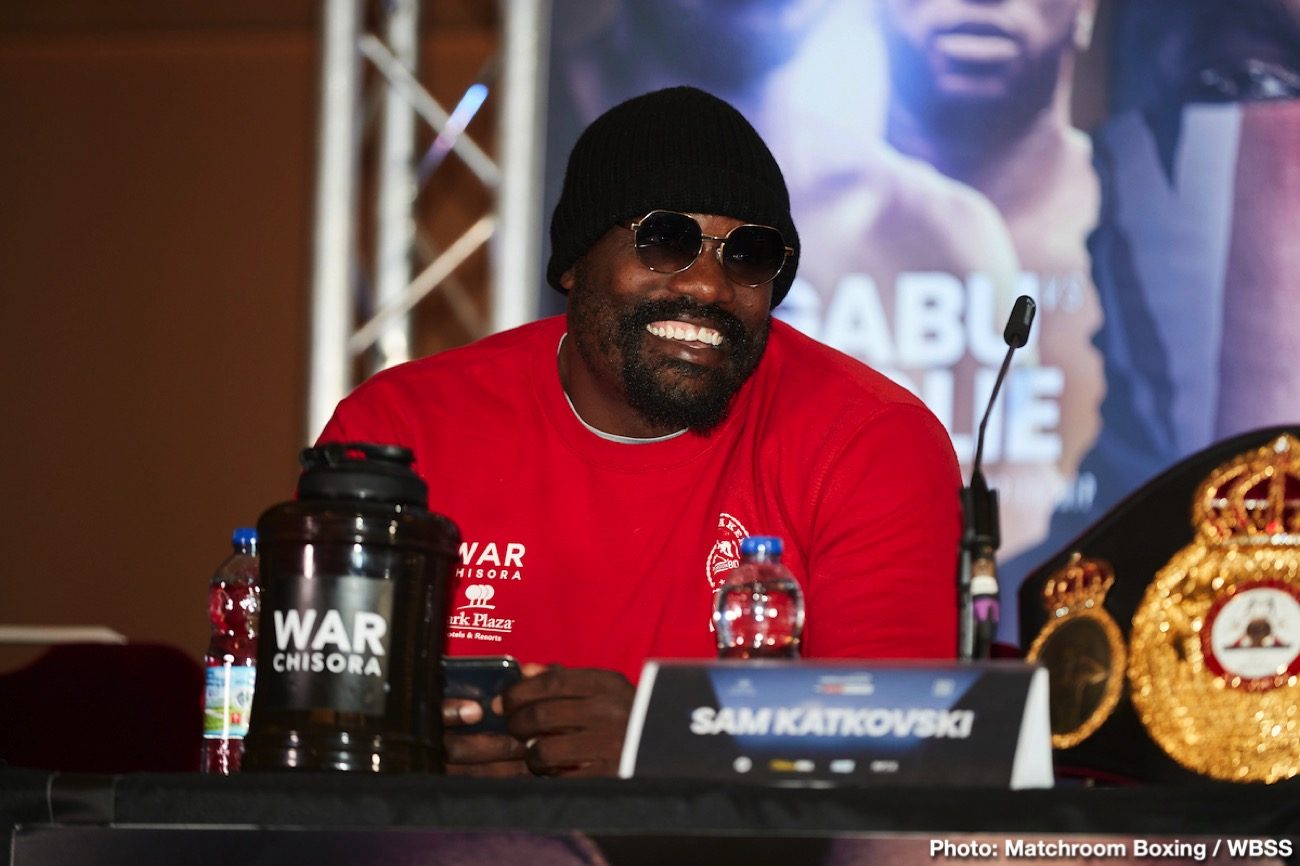 By Trevor McIntyre: Dereck Chisora made headlines on Monday when he had a royal fit during a press conference to discuss the upcoming October 26th Matchroom card on Sky Sports Box Office at the O2 Arena in London. Chisora lit into Matchroom boss Eddie Hearn about why his fight against former WBO heavyweight champion Joseph Parker isn’t the headline act on the card.

Instead of putting this fight in the limelight as the headliner, he made Regis Prograis vs. Josh Taylor the main event. Those two are unbeaten light welterweight world champions competing in the final of the WBSS tournament.

Parker’s manager David Higgins agrees with Chisora that their fight should be in the main event, as it’s the bigger fight than Prograis-Taylor.

“Yeah I agree,” Higgins said to skysport.com in talking about Parker vs. Chisora deserving to be the main event. “Parker-Chisora or Chisora-Parker as the Brits like to call it is a bigger attraction commercially, in terms of tickets sold at The O2 and viewing figures. It depends on how you are making the decision. Technically it [Prograis vs Taylor] is more elite in terms of titles, but in terms of fan favorites and exciting boxing matches, Parker-Chisora is the bigger event, so I agree with Chisora,” said Higgins.

Higgins makes a good argument in speaking about the fight on the October 26 card that will be selling tickets. It would seem obvious that Chisora vs. Parker likely dwarfs the amount of interest from casual boxing fans than the Taylor vs. Prograis fight. However, there’s a lot of interest globally in the Prograis-Taylor match, and that could be the overriding reason why it’s the headliner.

This is what’s stake for the Prograis vs. Taylor fight on October 26:

With all that’s on the line for the Prograis-Taylor fight, it makes sense for Hearn to have put it in the main event. This isn’t just about which fight is the bigger one commercially. There’s also DAZN that Hearn is thinking about. They’re streaming the WBSS final between Prograis and Taylor. For the WBSS final to be given undercard treatment by Matchroom on October 26, it would arguably cheapen the status of the fight. Hearn couldn’t do that. What he should have done is moved the Chisora vs. Parker fight to a different date so that wouldn’t be on the same card as the WBSS final.