Munguia fights for last time at 154 this Saturday 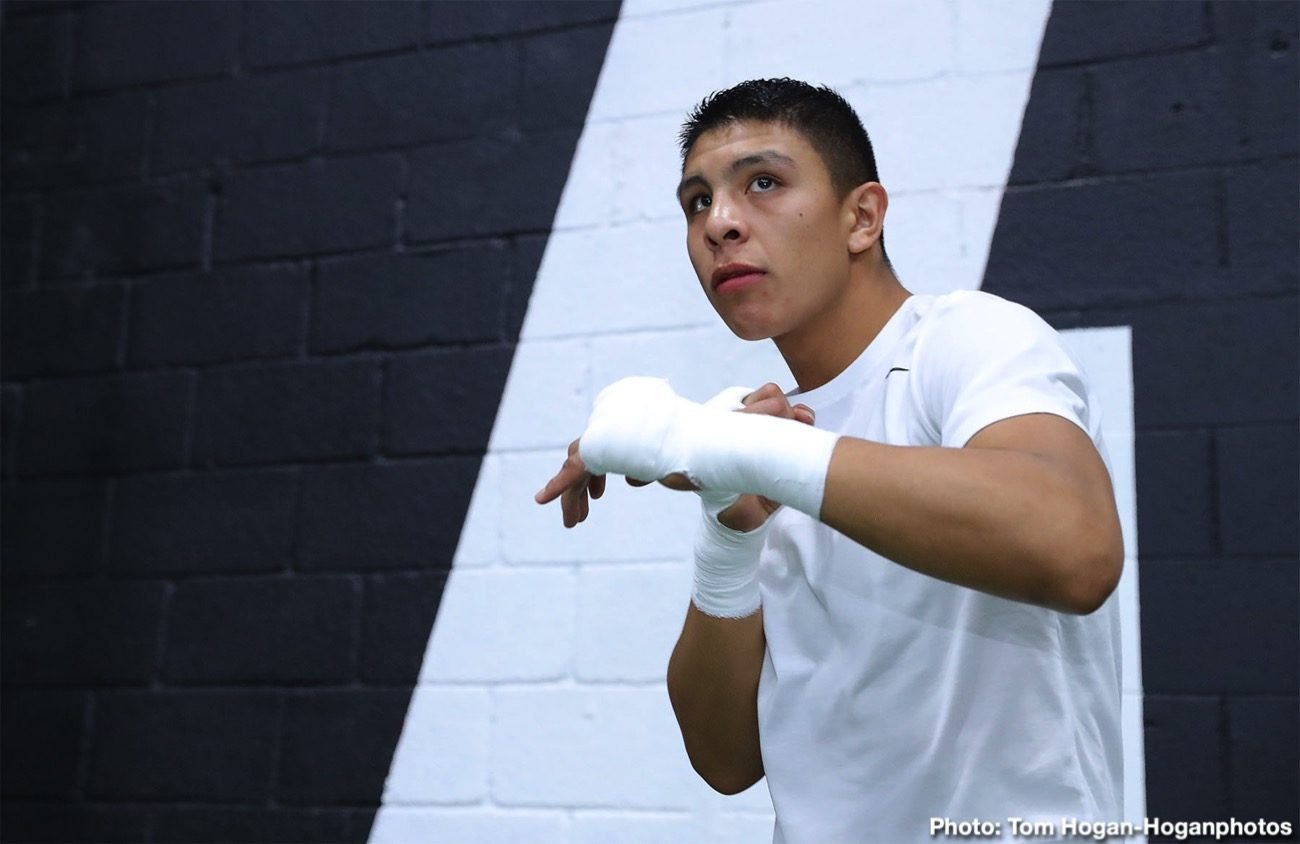 By Aragon Garcia: Exciting knockout artist Jaime Munguia (33-0, 26 KOs) will be fighting for the last time at 154 this Saturday when he defends his WBO junior middleweight title against Patrick Allotey (40-3, 30 KOs) on DAZN at the Dignity Health Sports Park in Carson, California.

At 6’0″, and weighing in the 170s after rehydrating, the 22-year-old Munguia has decided to move up to middleweight. He figures to be one of the biggest fighters at 160 due to his height and frame. Munguia could send a message to the top middleweights this Saturday with a big knockout win over Allotey.

Before Munguia moves up in weight, he’ll be defending his WBO junior middleweight title on Saturday against Allotey on DAZN. Allotey, an excellent puncher in his own right, will make it a thrilling fight for as long as it lasts. These guys are the equivalent of two giant rams going straight ahead looking to knock each other out with every punch. Munguia won’t have to go looking for the 28-year-old Allotey, because he’ll be right there in front of him all night.

Munguia breaks the news to @TheAthleticBOX his Saturday main event title defense on @DAZN_USA will be his last at 154.
“I am a young guy who’s still growing. I’m only 22. When I move up to 160 pounds … I’ll stand as one of the biggest and tallest 160-pound fighters.”

At middleweight, Munguia will be looking to take on Saul Canelo Alvarez, Gennady Golovkin and Jermall Charlo. Munguia will need to show that he can handle those kind of punchers for him to do well at 160. Munguia’s last fight against Dennis Hogan showed that he has problems against slick fighters last April. Hogan moved around on the outside, and would dart forward occasionally to and scoring shots on Munguia. The judges ultimately gave Munguia a 12 round majority decision, but it was a controversial result.

Lightweight contender Ryan Garcia (18-0, 15 KO) will be looking to steal the show in his 10 round fight against Avery Sparrow (10-1, 3 KOs) in the co-feature but. Ryan’s promoters at Golden Boy Promotions are giving him a step up in class in putting him in with Sparrow.

The 20-year-old Garcia wants to go after the big names, but first he needs to prove that he beat the gate-keeper level fighters. Sparrow is one of the solid guys at 135. He doesn’t have the power in his shots that some of the better fighters at lightweight possess, but he’s highly skilled.

Ryan is coming off of 2nd round stoppage win over Jose Lopez on March 30 in Indio, California. No one had ever stopped Lopez as quickly, and he’s been in with some good fighters.

« Eric Gomez says Canelo vs. Kovalev not done for November 2

Wilder’s rematch with Ortiz to be announced this month »