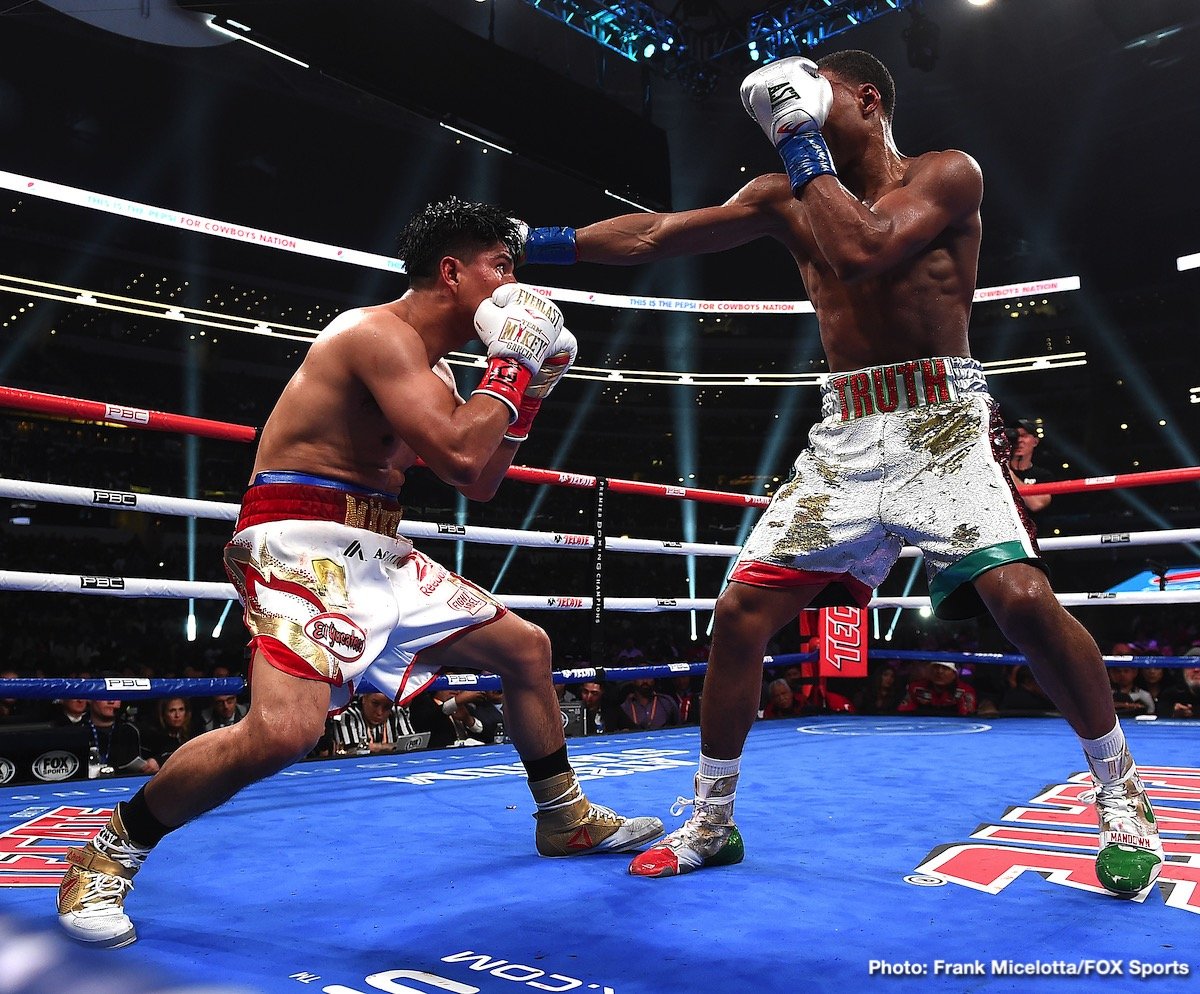 With Mikey’s lackluster loss to IBF welterweight champion Errol Spence Jr. in his last fight on March 16, he doesn’t rate a title shot against Pacquiao.  What’s troubling is Mikey isn’t trying to redeem himself by beating one or two top contenders at 147 to earn another title shot. Mikey just wants the title shot against the 40-year-old Pacquiao to be given to him without him earning it.

It looks to some boxing fans like Mikey is trying to cash out against Pacquiao before retiring. Mikey isn’t fighting in how own weight class at 135 any longer. He lost his last fight to Spence by a one-sided decision by the scores 120-107, 120-108 and 120-108. Those are as lopsided scores as you can get. The fight wasn’t remotely competitive, as Mikey was too small and weak for Spence. Now Mikey wants another title shot against Pacquiao.

Mikey Garcia: I’m waiting to see if I can get Pacquiao fight

“I’ve had some offers for some fights, but I’m waiting to see if I can get something bigger,” said Mikey Garcia about his next fight. “I want to take on some big challenges. So if I can land something big, possibly a Manny [Pacquiao] fight early next year, that’s what I would really push for, but we got to wait to see if he’s available. If not him, I’ll take on somebody else. Bu I will be back for big fights. That’s what I want to give everybody. Good night to remember fighting the best, and I really look forward to it. Big things are coming. I appreciate everyone waiting patiently, but we will be back,” said Garcia.

Pacquiao is coming off of a big victory over unbeaten WBA welterweight champion Keith ‘One Time’ Thurman last July. It was a huge win for Pacquiao that rejuvenated his career. If Manny steps backwards by taking on Mikey, it would be a weak move on his part. Mikey was a good fighter in the lower weight classes, but he looked poor in moving up to 147 to challenge Spence.

I’ll be back soon. Thanks bro https://t.co/0UOqguODHx

Mikey Garcia needs to prove himself at 147

It would be in Mikey’s best interest to prove himself at welterweight against someone like Yordenis Ugas or Danny Garcia before fighting for a world title again. Pacquiao stands to gain a lot more respect from boxing fan in taking on the winner of the Spence vs. Shawn Porter fight than in fighting Mikey. It looks too much like Garcia is trying to feather his retirement by going after fights that he doesn’t deserve, and has no chance of winning.