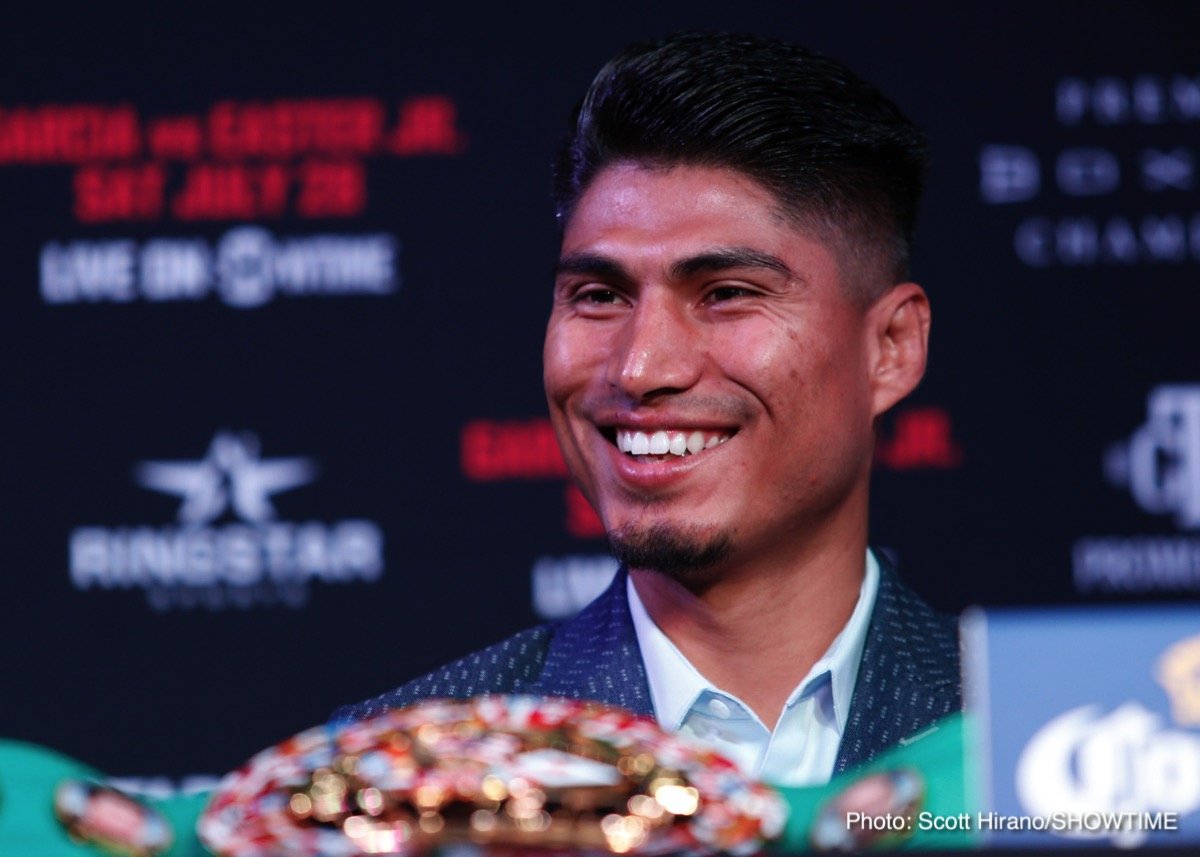 By Aragon Garcia: WBA welterweight champion Manny Pacquiao’s two front-runners for his next fight are Mikey Garcia and Danny Garcia, according to MP rep Sean Gibbon. Pacquiao 62-7-2, 39 KOs) is planning on making a decision about his next opponent in the next month.

Regardless of how badly Mikey (39-1, 30 KOs) performed in his maiden effort at 147 against IBF welterweight champion Errol Spence Jr. earlier this year on March 16, he brings a lot to the table for a fight against Pacquiao. There would be a tremendous amount of interest in a fight between former eight division world champion Pacquiao and four division champ Mikey. The boxing world would like to see this fight. Danny Garcia (35-2, 21 KOs) is an excellent option for Manny too, but he’s lost two out of his last three fights in defeats to Shawn Porter and Keith Thurman.

“I like that fight,” said trainer Freddie Roach to esnewsreporting about a fight between Pacquiao and Mikey Garcia. “He’s more around Pacquiao’s weight. Maybe Crawford and Spence can fight, and we fight the winner,” said Roach.

“Pacquiao [is the only one Mikey would fight at 147],” said Robert Garcia to secondsout, when asked who Mikey would fight at 147. “The reason I said Pacquiao is because he’s probably the biggest fight. It’s also a man [Pacquiao] that moved up from the smaller divisions little by little, even though he already is a solid welterweight. He’s not that much bigger than Mikey. I think Mikey is a little bit taller than him, but that’s the difference. And, I don’t think that would be as much a disadvantage as we did against [Errol] Spence,” said Robert.

“I think that’ll probably be the biggest fight in boxing when/if it ever happens, because [Vasiliy] Lomachenko’s skills are unbelievable,” said Garcia in commenting on whether Mikey will ever fight Lomachenko.”And, I love to watch him fight. Him against Mikey would be such a big fight that the whole world would love to see it, but is he coming down? [to super featherweight]. Then I guess we won’t be [fighting him]. I don’t think Mikey is going to ever come down close to 135.

“If he does, maybe for a Lomachenko fight. But if Lomachenko is planning on coming down [to 130], then maybe that’s something we’ll never see then. Mikey vs. Loma,” said Robert when asked which fight he would like to see.

“I think we’re going to make it, and I think it’s going to happen,” said Robert about Mikey facing Lomacheno. “And, I really think so. I think Loma is up for challenges too. And, I know him, and I know his trainer and manager. I know his dad. They’ve trained in my gym. They love challenges. I know they want to accomplish things that they don’t believe they can. So I think it’ll eventually happen,” said Garcia about a fight between Lomachenko and Mikey. 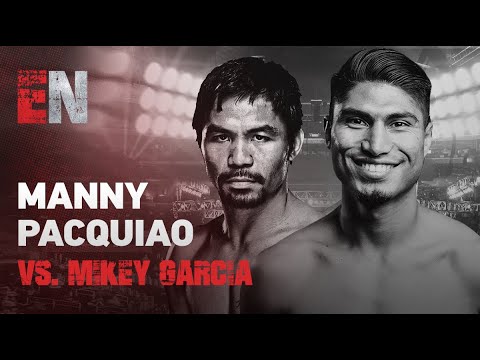 🌟 Mikey Garcia and Danny Garcia are the two frontrunners for Manny Pacquiao’s next fight, according to Pacquiao’s MP Promotions representative Sean Gibbons. The WBA welterweight champion is planning to weigh-up his options within the next month or so. [@StevESPNKim]

Pacquiao needs a big name for his next fight, and Mikey gives him that. There’s no point in Pacquiao facing Danny Garcia, because he’s lost too many fights recently.