Kovalev gets 2 fights on DAZN if Canelo beats him Nov.2 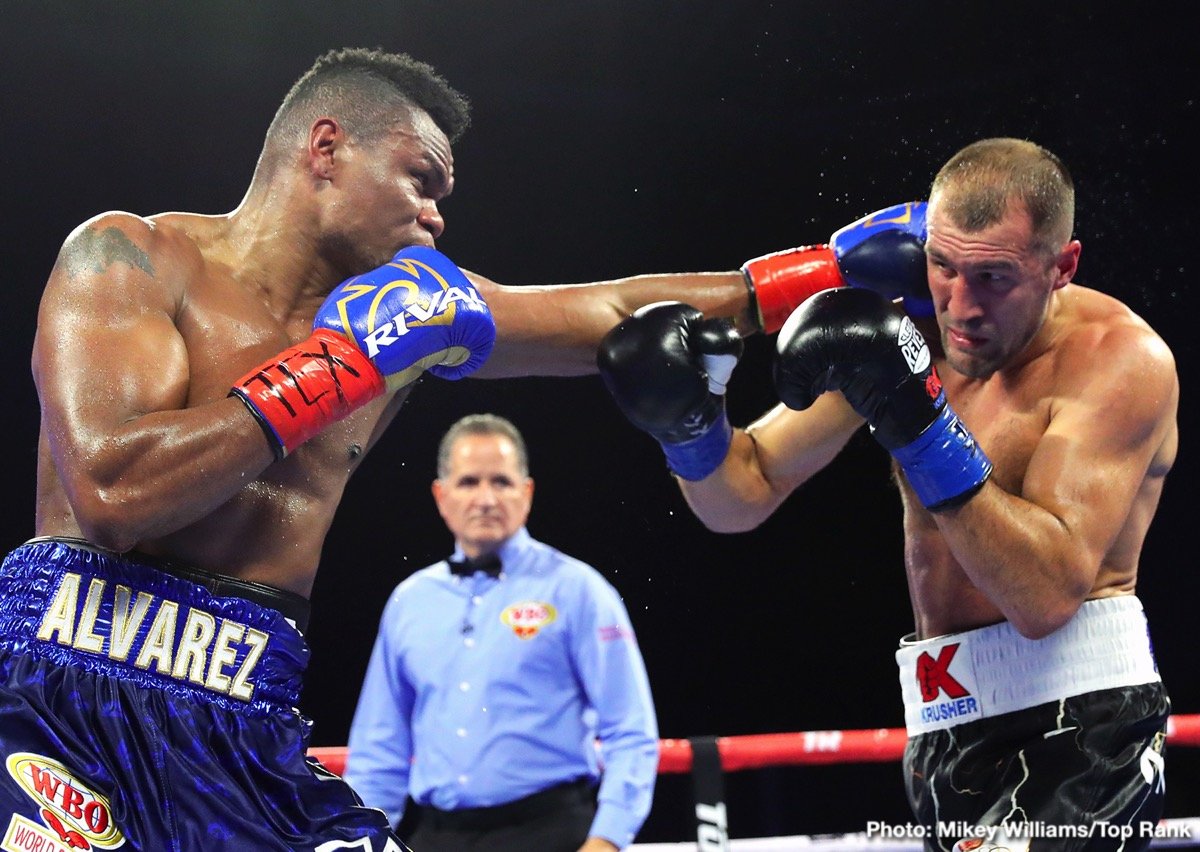 By Kenneth Friedman: Top Rank honcho Bob Arum states that WBO light heavyweight champion Sergey Kovalev will be given two comeback fights on DAZN if he loses to Saul Canelo Alvarez on November 2. If Kovalev (34-3, 29 KOs) successfully defends his WBO 175-lb title against Canelo Alvarez, then he’ll return to ESPN and Top Rank, who co-promotes him.

Kovalev would be more valuable to Top Rank and ESPN after a win over Canelo. But if he loses, then DAZN gets the fallen star Kovalev for two fights. It’s hardly worth it for DAZN.

Arum is still negotiating the Canelo-Kovalev fight for November 2. It’s a match that will give the 36-year-old Kovalev a massive eight-figure payday. It’s a lot of money coming Kovalev’s way at the perfect time for his career, as he’s nearing the end of line as a pro. Getting one last huge payday against Canelo is ideal for Kovalev.

DAZN doesn’t have much to gain in having Kovalev fight in two comeback matches if he loses to Canelo on November 2. Kovalev will be viewed as damaged goods by a lot of boxing fans after a loss to Canelo (52-1-2, 35 KO). There be no interest from fans in seeing him on DAZN after that.

One would argue that this is a good deal for Top Rank, because it would be DAZN that dealing with having Kovalev coming back after another loss. That deal doesn’t sound like a good one for DAZN. It could workout well for DAZN if Kovalev loses to Canelo in a highly exciting fight that sees both fighters hurt. But if Canelo destroys Kovalev, then there’s no point in DAZN having Sergey fight in two comeback bouts on their platform.

“If he loses to Alvarez, he’ll have two comeback fights [on DAZN],” said Arum to Fighthype about Kovalev’s November 2 fight against Saul Canelo Alvarez. “But if he wins, he goes back to Top Rank and ESPN. Well, Canelo Alvarez is a tough opponent for Kovalev.

Even though Kovalev is so much bigger, and has a great left jab, Kovalev doesn’t take it well to the body. Andre Ward showed that. [Anthony] Yarde showed that. The one thing that Canelo has as a great weapon is his body punching. So we’ll have to see. But that is a world class fight, Canelo Alvarez and Sergey Kovalev,” said Arum.

Kovalev has the size and boxing ability to beat Canelo, as long as he stays on the outside. He can’t let Canelo in close to throw his body shots, because that could spell doom for the “Krusher.” What Kovalev has going for him right now is he just had an excellent tune-up fight against Anthony Yarde on August 14, and he did a good job of keeping him at range. The only mistake Kovalev made in the fight was allowing Yarde to get close in the 7th and 8th rounds. Kovalev was almost knocked out in round 8.

Boxing » Canelo Alvarez » Kovalev gets 2 fights on DAZN if Canelo beats him Nov.2