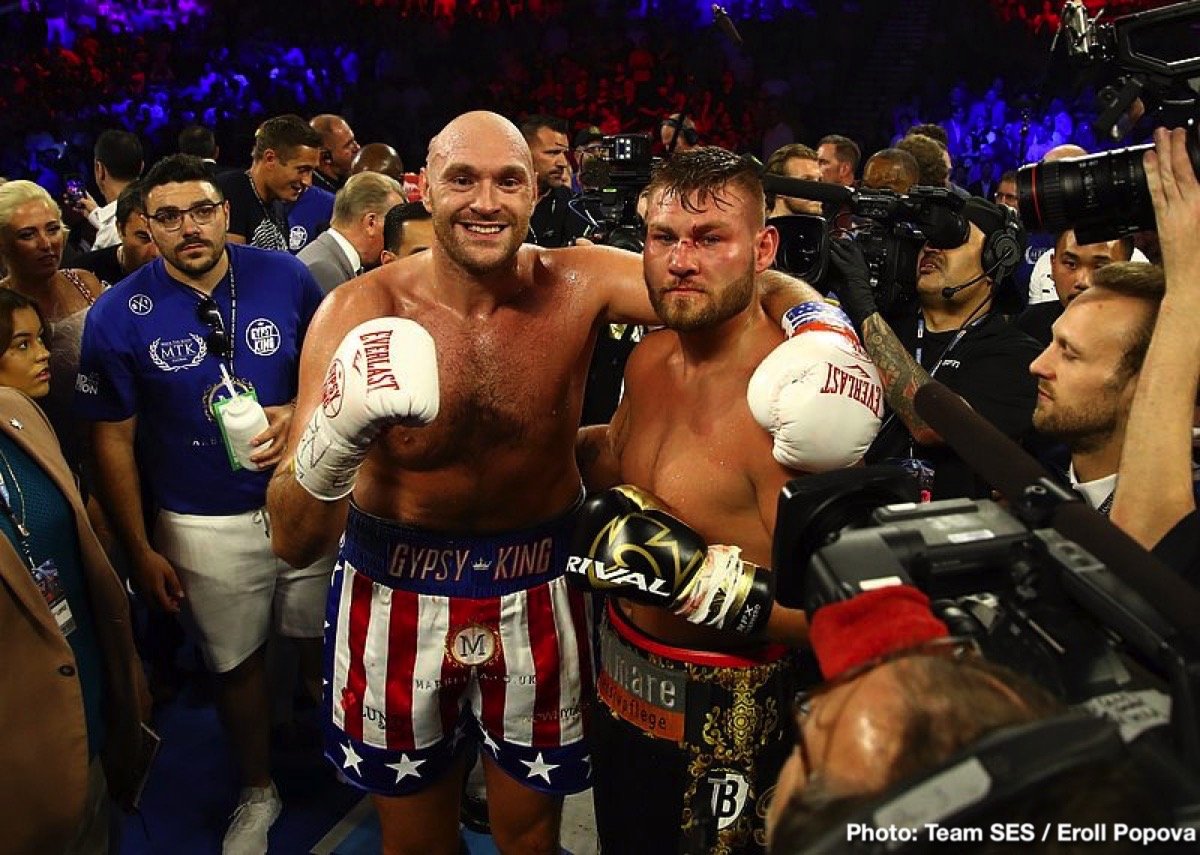 Tyson Fury walked to the ring for his Las Vegas debut June 15 dressed like Apollo Creed and flanked by showgirls. He was set to defend his lineal heavyweight title against Tom Schwarz, but first, the man who authored one of sport’s greatest comeback stories wanted to give the fans a show.

Two days before Fury returns to the ring to defend his crown against unbeaten contender Otto Wallin this Saturday, September 14 live and exclusively on ESPN+ (11 p.m. ET/8 p.m. PT), director Peter Berg and Film 45 give viewers an intimate portrait of Fury and Schwarz in the days, and tense moments, leading up to their fight.

Produced and directed by renowned filmmaker Berg. He’s the creator and executive producer of the multiple award-winning NBC drama series “Friday Night Lights. He’s also created several ESPN Films’ “30 for 30” installments, “HEAVY: Fury v Schwarz” features behind-the-scenes footage of Fury and his then-undefeated challenger as they prepared for their showdown. The documentary is executive produced by Matthew Goldberg, Brandon Carroll and Matthew Shattuck for Film 45, and it will premiere this Thursday, September 12 at 10 p.m. ET/7 p.m. PT on ESPN.

Tyson Fury fighting for his legacy

Fury won the lineal and unified heavyweight titles in November 2015 with a unanimous decision over longtime champion Wladimir Klitschko. However, mental health and substance abuse issues nearly derailed his career. He returned to the ring in June 2018. Less than six months later, fought WBC world champion Deontay Wilder to a highly disputed draw. The fight was one of the sport’s most memorable heavyweight championship battles. Now a noted mental health advocate and motivational speaker, Fury is fighting for his boxing legacy. He’s aiming to inspire those afflicted with mental illness.

“We are excited to provide a raw and intimate account of the Tyson Fury vs. Tom Schwarz fight,” said Berg. “The documentary takes viewers into the minds and lives of the boxers as they navigate the pressures of the mentally and physically taxing sport.”

The Lineal Champ like you’ve never seen him before 🎥

‘“HEAVY: Fury v Schwarz” is a terrific documentary and we are thrilled to be able to bring it to boxing fans on ESPN platforms, the home of combat sports,” Matt Kenny, vice president of programming at ESPN said. “Peter Berg is a master storyteller of exceptional credentials who has created an unforgettable portrait of Fury’s Las Vegas breakout moment.”

Fury vs. Wallin will stream live and exclusively on ESPN+, the leading multi-sport streaming service, Saturday beginning at 11 p.m. ET/8 p.m. PT. ESPN+ is available via the ESPN App on mobile and connected devices, on ESPN.com and at ESPNplus.com.

Joseph Diaz vs. Jesus Cuadro on Sept.21 on Facebook Watch »