Oleksandr Usyk’s opponent for Oct.12 to be announced this week 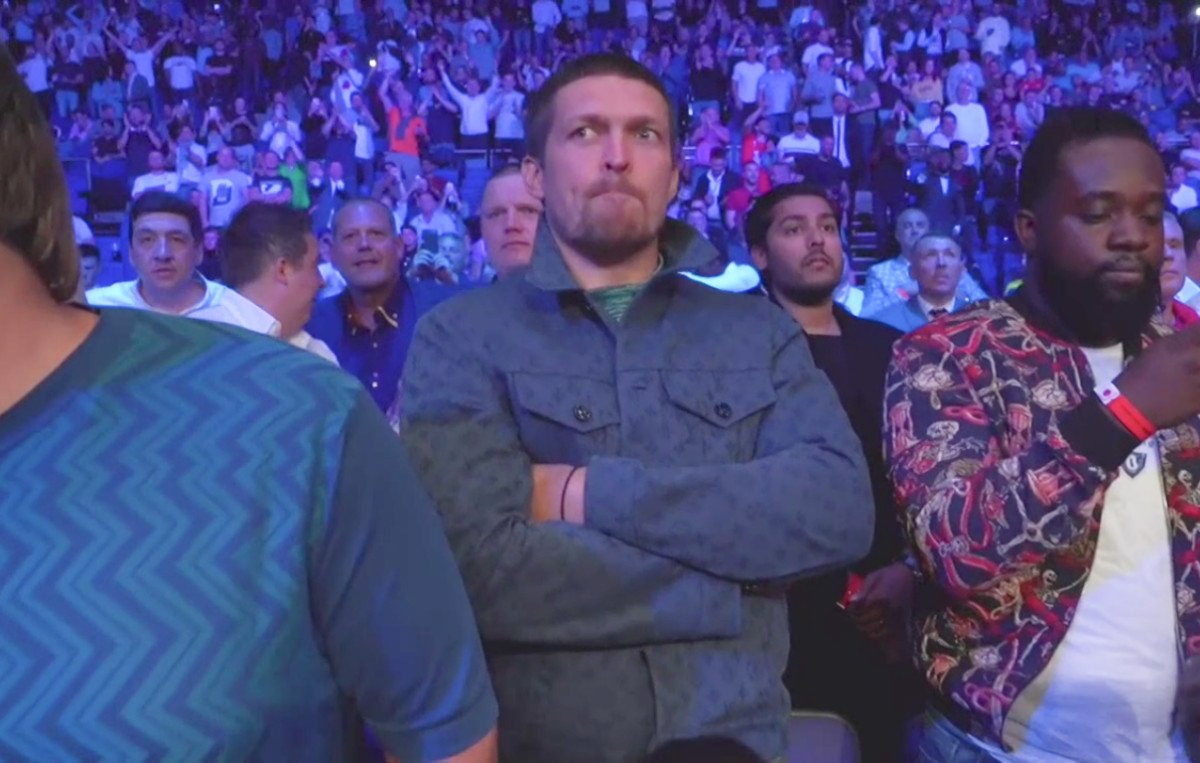 By Jim Dower: Oleksandr Usyk (16-0, 12 KOs) has an opponent picked out and signed for his heavyweight debut on October 12 on DAZN at the Wintrust Arena in Chicago, Illinois. Former unified cruiserweight champion Usyk’s next fight will be revealed this week by his promoter Eddie Hearn. He didn’t want to give the name yet, because he’s saving it for the announcement. However, #5 WBO Tyron Spong (13-0, 12 KOs) is the front-runner to get the fight, according to Mike Coppinger.

Hearn to make announcement for Usyk’s next fight this week

The 33-year-old Spong is rated highly by the World Boxing Organization, but not by the other sanctioning bodies. Spong has never beaten any notable opposition as a pro, and he came close to losing his last fight against Ytalo Perea (11-5-2, 7 KOs) last December. If it is Spong, this will be a fight between two ring rusty fighters. Spong will have been out of the ring for 10 months by the time he faces Usyk in October. Usyk hasn’t fought since last November. He’s obviously got his own inactivity that he’s dealing, but he’s been injured.

Usyk suffered a biceps injury that wiped out his May 25 fight against former world title challenger Carlos Takam. He would have been a more interesting opponent than Spong, if that’s who he faces. If Usyk wins his fight on October 12, he could face the winner of the Andy Ruiz Jr. vs. Anthony Joshua rematch. Usyk is the WBO mandatory at heavyweight. The WBO ranked Usyk at #1 after he vacated his WBO cruiserweight belt to go up in weight.

Dmitry Bivol and Murat Gassiev on undercard in separate fights

WBA ‘regular’ light heavyweight champion Dmitry Bivol (16-0, 11 KOs) will be fighting an opponent still to be determined on the undercard of Usyk’s October 12 fight. Bivol doesn’t have any notable names to fight, because the top guys are all tied up. IBF champion Artur Beterbiev is facing WBC belt holder Oleksandr Gvozdyk in a unification, while WBO champ Sergey Kovalev could be facing Saul Canelo Alvarez. For Bivol, it’s the norm for him to be in against normal contenders, and not the big names.

Former IBF/WBA cruiserweight champion Murat Gassiev (26-1, 19 KOs) will be moving up to heavyweight to make his debut against an opponent still to be named. Gassiev, 26, hasn’t fought since losing to Usyk by a 12 round unanimous decision in July of last year in the final of the World Boxing Super Series tourney. Gassiev will be coming off of a 15 month layoff when fights on October 12. Obviously, Gassiev can’t afford too many more 15-month layoffs if he doesn’t want to wreck his pro career.

Dmitry Bivol tells The Athletic he’s likely to return Oct. 12 on DAZN in the co-feature to Aleksandr Usyk’s heavyweight debut. With the major players at 175 tied up, will likely be a stay-busy type opponent for Bivol. Tyrone Sprong appears to be the front-runner for Usyk


« Kell Brook to fight in November or December says Hearn