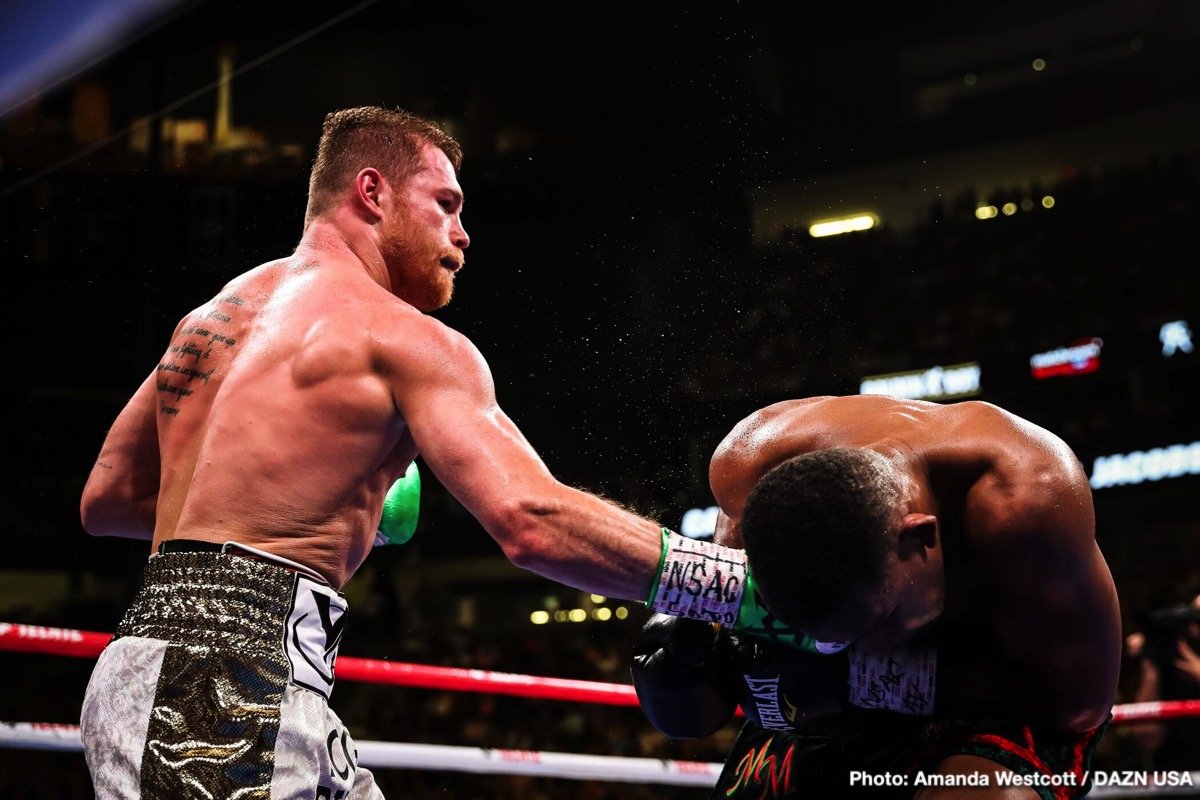 By Matt Lieberman: Saul Canelo Alvarez is an early favorite with the bettors to defeat WBO light heavyweight champion Sergey Kovalev (34-3-1, 29 KOs) in November. The fight still hasn’t been negotiated between the two, but the odds-makers are expecting it to. Kovalev beat mandatory challenger Anthony Yarde (18-1, 17 KOs) by a thrilling 11th round knockout last Saturday night on Top Rank Boxing on ESPN+ at the Traktor Sport Palace, in Chelyabinsk, Russia.

Canelo is favored to beat Kovalev from –450 to -800, according to Fight News.

Kovalev almost didn’t make it through the 8th round last Saturday night. Yarde clipped the 36-year-old Kovalev with a shot, and unloaded on him for the remainder of the round. Kovalev re-took control of the fight in the 9th, and stopped Yarde in the 11th round with a hard jab. Yarde focused on throwing to Kovalev’s body in the 7th and 8th rounds, and he did major damage. Canelo will be targeting Kovalev’s body the entire fight from round one, and it’ll be interesting to see what happens.

“I really want the fight with Alvarez, so if he has the same desire, then I’m only for that fight,” Kovalev said after his win over Yarde. “[Golden Boy] played this cunning game, whereby they made an offer which was very hard to turn down when I was in training camp. But I promised Chelyabinsk, that I would be here. To fight in my home town was unbelievably cool.”

Kovalev’s size will be difficult for Canelo to deal with, as he’s not fought anyone as big as the Russian fighter. It’s not just the size of Kovalev’s. He punches hard, moves well, and his jab is first rate. Kovalev’s trainer Buddy McGirt has honed his boxing skills, and made him a better fighter than he was previously.

Canelo Alvarez (52-1-2, 35 KOs) is already in training for his next fight, but he isn’t saying who he’ll be fighting. Kovalev’s problem is that Canelo has other options available besides him. Canelo has pick of these fighters for his next bout:

The best paying option for Canelo would be a trilogy match against Golovkin (39-1-1, 35 KOs), but that fight is unrealistic for the remainder of 2019. GGG has a fight scheduled against Derevyanchenko (13-1, 10 KOs) on October 5 on DAZN at Madison Square Garden in New York.

There won’t be enough time for Canelo and Golovkin to negotiate a fight between them, and then squeeze it in before the end of 2019. Moreover, it’s too big of a fight to be given a short promotion. When Canelo does face Golovkin again, it’ll be on one of the Mexican holiday weekends in May or September.