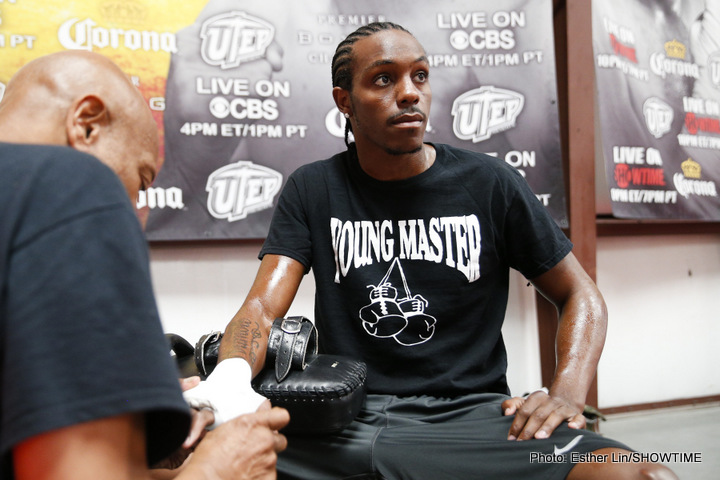 By Dan Ambrose: Top Rank has signed former light welterweight title challenger Amir Imam to a multi-year contract. The 28-year-old Imam (21-2, 18 KOs) is coming off of a disappointing 12 round unanimous decision loss to Jose Ramirez 17 months ago in March 2018. Top Rank Boxing is expected to make the news announcement of their signing of Imam on Thursday, according to Mike Coppinger.

Imam, 5’10 1/2″, has the size to compete at 147, but it’s a question mark whether he has big enough frame to compete with the huge welterweights. Errol Spence, Shawn Porter and Keith Thurman are big guys that would give Imam problems with their power.

Sources: Amir Imam has signed a multi-year deal with Top Rank and will return in fall. Imam, who fought Jose Ramirez for a title, can compete at 140 and 147. Manager Peter Kahn freed Imam from his contract with Don King and closed the deal with TR. Will be announced tomorrow

Imam is a good fighter, but he needs to be more active. He’s been out of action for close to a year and a half now, and he doesn’t have a fight scheduled. It doesn’t make sense for a talented guy like Imam to be sitting on the shelf for a year and a half following a loss to Ramirez.

In Imam’s loss to Granados, he made the mistake of giving up his height, and backing up against the ropes. It was the same mistake that Maurice Hooker recently made in his loss to Ramirez. Taller fighters like Imam shouldn’t be letting their shorter opponents force them to the ropes, because they lack the inside game to fight like that.

It would be in Top Rank’s best interest to keep Imam at 140, but he’ll be a good opponent for WBO champion Terence Crawford. Top Rank can’t throw Imam in with Crawford anytime soon given the fact that he lost his last fight to Ramirez, and he’s been out of the ring for a year and half. Imam needs to be rebuilt by Top Rank. He’s still young and talented enough to make a mark if he stays at 140, but he’s not going to do much at welterweight. There are too many bigger fighters with size and power for Imam to compete with the lions in that weight class.