Robert Garcia: Pacquiao is difficult to prepare for

By Dan Ambrose: Trainer Robert Garcia thinks it a really tough task that Keith ‘One Time’ Thurman has in trying to get prepared for his fight against WBA ‘regular’ welterweight champion Manny Pacquiao in less than a month from now on July 20.

Robert says the easy part for the unbeaten Thurman (29-0, 22 KOs) is to find a southpaw to spar with, but it’s impossible to find a guy that is fast, and jumps around the ring like Manny does.

Garcia notes that Thurman isn’t going to be able to find anyone out there that can mimic the way Pacquiao (61-7-2, 39 KOs) fights to adequately prepare him for what he’s going to be dealing with.

“It’s hard to get ready for Manny Pacquiao, because you can’t fight sparring partners that fight like Pacquiao,” said trainer Robert Garcia to esnewsreporting. “Who are you going to find? Are you going to get [Vasiliy] Lomachenko as a sparring partner? He’s probably not as good as Pacquiao was in his prime. You can’t match the sparring.”

Vasiliy Lomachenko is an amazing talent, but he’s not as fast on his feet or with his hands as Manny. It would be helpful for Thurman to have someone like Lomachenko as a sparring partner in theory, but he still wouldn’t be able to prepare him for the speed, movement, angles the punching power of Pacquiao. Lomachenko is a lot more stationary than Pacquiao, and his punches don’t explode with the same kind of power as the Filipino star.

“You can find lefties, but you can’t find them that jump from one place to another and are fast,” said Garcia. “Like Brandon [Rios] said, it was light eight fighters hitting him at the same time. You can’t find those type of fighters. Yes, it is harder to get ready for Pacquiao. But right now at this time, Pacquiao is 41. He’s not young, man. He’s not getting any younger. Keith Thurman is young, strong, and he’s a solid welterweight. So it’s not going to be an easy fight for Pacquiao,” said Garcia.

Robert expects Thurman to forget about trying to knockout Pacquiao, because it’s easier for him to box him for 12 rounds. It would be a difficult task for the slower Thurman to put himself in danger by trying to score a knockout against Manny. Although Thurman has stopped a lot of his opponents during his career, he’s never been able to KO the elite level welterweights like Shawn Porter and Danny Garcia. Even the fringe level welterweights like Josesito Lopez, Luis Collazo, Robert Guerrero, Jesus Soto Karass and Diego Chavez gave Thurman big problems in the past.

Top Rank promoter Bob Arum recently said that he worries about Pacquiao suffering brain damage if he continues his career for too much longer. Robert says he believes that Arum would be whistling a different tune if Pacquiao were still fighting for his Top Rank promotional company. Robert thinks Arum would be saying how great Pacquiao is looking now if he were still one of his fighters.

“Look, if Pacquiao was still fighting under [Top Rank Boxing promoter] Bob Arum, Bob Arum would say that Pacquiao is in the best shape of his life, right? That’s just the way the promoter is,” said Robert. “There’s no way he can be the way he was 10 years ago, but he still has it. He’s a brave man. He’s beaten the best in the world. He’s got a good chance [to defeat Thurman]. I wouldn’t be surprised if he wins, but I’m leaning towards Keith Thurman. He’s going to try and box,” said Garcia about Thurman,” said Robert.

Ten years ago, Pacquiao wiped out Miguel Cotto in 12 rounds, and he looked fantastic. Recently, Pacquiao didn’t look nearly as good in his last fight against Adrien ‘The Problem” Broner earlier this year in January, but that might have been a motivation thing.

Thurman will try and win a decision

“I think he’s going to try and win a decision,” said Robert. “Thurman is fast, and he box good. When Josesito [Lopez] hurt him, he was smart to run the rest of the fight. He survived and won a decision. That was the only way he could win. After that round [rd 7], if he had tried to trade, he would have gotten knocked out. He’s smart. He knows after he got hurt, he was still mentally prepared to do what he had to do. That means he’s smart. He recovers good, and he thinks good in the ring,” said Garcia about Thurman.

Robert is assuming that Thurman will come back improved after having fought his tune-up match against Josesito Lopez last January. If that’s not the case, then Thurman is going to have problems against Pacquiao, because he looked like a faded fighter. There a lot of boxing fans that are making the assumption that Thurman only looked bad because of the long layoff, and they think he’s going to improve with each fight. That might not be the case.

This could simply be a case of Thurman having aged, and he won’t be able to return to the fighter he once was. Thurman is 30 now, and we might not ever see again the fighter that narrowly defeated Shawn Porter in 2016, and Danny Garcia in 2017. The Thurman that we saw against Josesito might be as good as it gets for him.

Roy Jones Jr. says Thurman should win if he can take Pacquiao’s punch

“Pacquiao can beat anyone on any given day,” said Roy Jones Jr. to Fighthype. “Pacquiao is not in his prime. One Time is still in his prime. So if One time can take Pacquiao’s punch, One Time should be able to win. But if One Time can’t take Pacquiao’s punch, then One Time is in trouble. He [Thurman] punches harder, and he could get Pacquiao out. You know that. You’re forgetting about his boxing skills too, because if he can’t box, then he can’t keep Pacquiao off. He showed you skills against Porter, but Pacquiao is different,” said Jones. 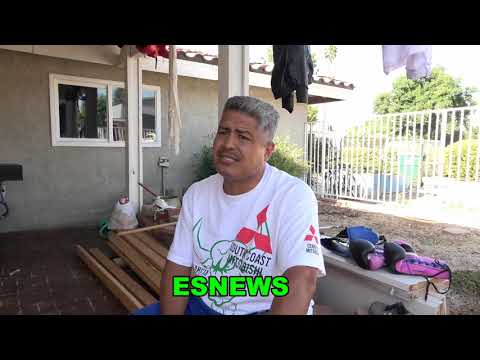