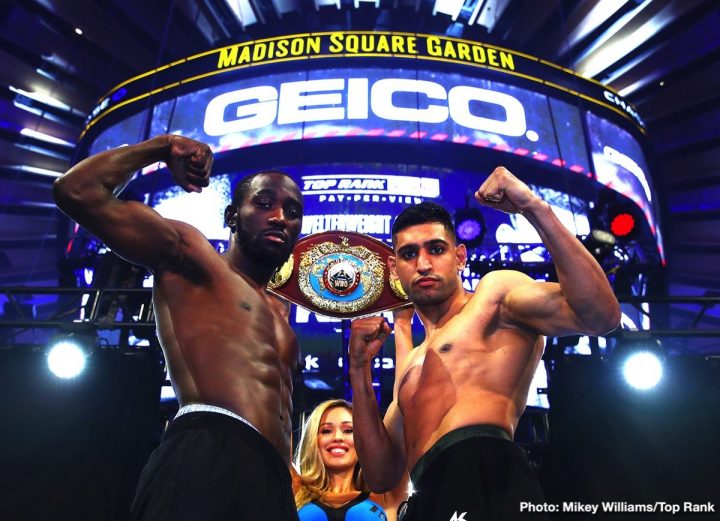 By Jim Dower: Terence Crawford, Amir Khan, Teofimo Lopez, Edis Tatli, Shakur Stevenson and Christopher Diaz all made weight on Friday for their fights this Saturday night on ESPN pay-per-view at Madison Square Garden in New York. In the main event weights, WBO welterweight champion Crawford (34-0, 25 KOs) weighed in at 146.4 pounds, and looked as good as usual.

Challenger Khan (33-4, 20 KOs) looked completely shredded in weighing at 146.6 lbs. This is the best Khan has looked in years. He looked in incredible shape. Although both fighters are close to the same age, Khan appears to be the younger fighter of the two. Whether that’ll mean anything tomorrow night when they set foot inside the ring in Madison Square Garden remains to be seen. It’s good that Khan is taking this fight seriously, and is top shape. There won’t be any excuses afterwards if it doesn’t turn out in Khan’s favor.

Here are the official weights:

– Terence Crawford 146.4 vs. Amir Khan 146.6: Top Rank is giving Khan a lot of money to be the opponent for Crawford. If this move back fires with Crawford losing to Khan, it would mean all that money they put into this fight will have gone down the drain. Khan is receiving a $5 million purse. Using Khan as the opponent for Crawford doesn’t guarantee that the U.S boxing fans will want to purchase the fight on ESPN PPV. When Crawford on pay-per-view three years ago against Viktor Postol in July 2016, the fight pulled in approximately 50,000 buys on HBO PPV. Those were terrible numbers. Since then, Crawford hasn’t been fighting on PPV. 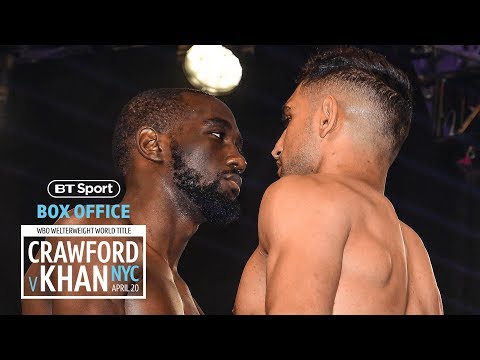 – Teofimo Lopez 135 vs. Edis Tatli 134.8: Teofimo (12-0, 10 Kos) had a really hard time making making weight. The day before on Thursday, the 21-year-old Lopez weighed 142 lbs. was looking at an absurd amount of weight loss that he needed to make in less than 24 hours. Somehow the New Yorker Lopez was able to take the weight off to get down to the 135 pound limit for the fight. Given how huge Lopez looked earlier this week, it’s hard to believe he made weight at all. Lopez looked like he was around 150 lbs, and looked soft. It’s no wonder why Lopez is pressuring his promoters at Top Rank so badly for them to make the fight between him and WBA/WBO lightweight champion Vasiliy Lomachenko (13-1, 10 KOs) by January of next year, because he’s already outgrown the lightweight division. As big as Lopez looked this week, he’s soon going to outgrown the 140 lb division as well. Tatli (31-2, 10 KOs) is going to have problems with the size and punching power of Teofimo. This fight is a mismatch on paper. The only way Tatli can win is if Teofimo was weakened by the process of making weight. You can’t rule that out entirely, but considering how young Lopez is, he’ll likely be able to handle what he had to do to make weight. 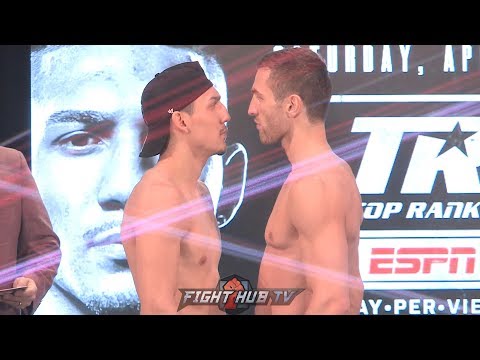 – Shakur Stevenson 125.8 vs. Christopher Diaz 125.6: Undefeated featherweight prospect Stevenson (10-0, 6 KOs) looked good in making weight. The 2016 U.S Olympic silver medalist is facing the hard hitting Diaz (24-1, 16 KOs) in a 10 round fight. This is by far the best fighter and the hardest puncher he’s faced in his career. Diaz, 24, lost recently to Masayuki Ito by a 12 round unanimous decision in a failed effort to capture the vacant World Boxing Organization super featherweight title last year in July 2018. Diaz’s punching power should be better at featherweight against Stevenson. If Diaz can and his power shots in this fight, he could give Stevenson some things to think about. Top Rank is banking on Stevenson becoming the next big thing, but it’s still too early to know if he can become a star or not. He doesn’t hit hard enough, and his hand speed isn’t out of this world compared to some of the other talented fighters in the featherweight division. 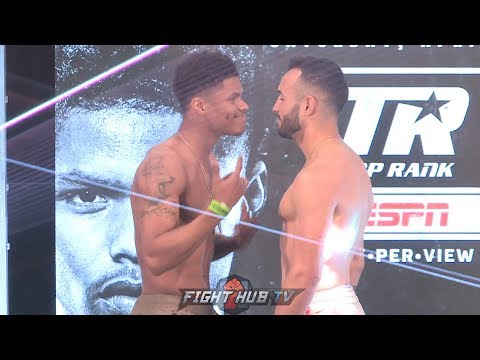 – Felix Verdejo 135 vs. Bryan Vasquez 135.4: This is an important fight for the 25-year-old “El Diamante” Verdejo, as he was beaten just two fights ago by Ines Antonio Lozada Torres (40-2-1, 34 KOs) by a 10th round knockout in a huge upset in March of last year. Verdejo wasn’t supposed to lose that fight, but he couldn’t handle the punching power of Torres. Although Torres wanted an opportunity to beat Verdejo for a second time to prove that his win wasn’t a fluke, Top Rank steered him to safer waters in his last fight by putting him in with journeyman Yardley Armenta Cruz (25-13, 15 KOs) last November. Verdejo responded well in beating Cruz by a second round knockout. Vasquez (37-3, 20 KOs) is another tough guy that could give Verdejo problems. Vasquez gave Javier Fortuna and Raymundo Beltran a lot of problems in losing to both of them by decisions. In 2014, Vasquez stopped the big punching Sergio Thompson (30-5, 26 KOs) in the ninth round. Thompson has a past win over Jorge Linares. 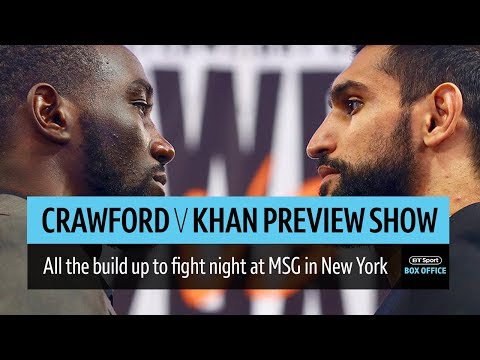