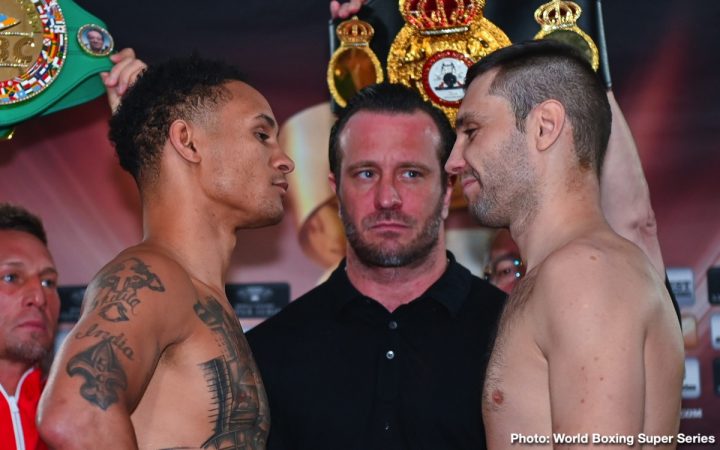 Young weighed in at 117.3 lbs. He’s the alternate that replaced WBO bantamweight champion Zolani Tete, who suffered a shoulder injury and was forced to pull out of the fight.

The overwhelming amount of interest in this card by boxing fans is the main event between the unbeaten interim WBC light welterweight champion Prograis and the hard hitting WBA champion Relikh. These guys are both big punchers, and one of them is going to likely get stopped in this contest. Prograis, 30, is fighting on another level right now, and has an excellent chance of winning and advancing into the final of the WBSS to face the winner of the May 18th fight between IBF light welterweight champion Ivan Baranchyk and World Boxing Council Silver 140 lb champion Josh Taylor.

Prograis is fighting at a very high level right now with his recent performances in beating Terry Flanagan by a 12 round unanimous decision in the WBSS quarterfinal last October, Juan Jose Velasco and Julius Indongo. Prograis didn’t knockout Flanagan surprisingly, but he did drop him in the eighth round, which was the only round that he sat down on his punches and fought aggressively.

Had Prograis fought hard like that the entire fight, he likely would have knocked Flanagan out early within three rounds. The scores of that fight were 117-110, 118-109, 119-108. Boxing News 24 had it 119-108. Flanagan fought well enough to win one round. He lacked the punching power and athleticism that Prograis possessed.

Relikh had a tougher time winning his quarterfinal fight in the WBSS tournament in squeaking by former IBF 140 lb champion Eduard Troyanovsky by a close 12 round unanimous decision by the scores 115-113, 115-113 and 115-113 last October in Yokohama, Japan. That performance by Relikh, 31, was not a good sign for him going into what is expected to be a much tougher fight against Prograis.

Donaire, 36, will be defending his WBA Super World bantamweight title against Young in a fight that is expected to be a lot easier for the former four division world champion than his original opponent Zolani Tete. It’s not that Young, 29, isn’t a good fighter. It’s just that he’s facing a great fighter in Donaire. Young has stumbled when fighting better opposition in the past. He fought to draws against Nikolai Potapov, Antonio Nieves and Samuel Jude Yniguez.

Last year, Young was beaten by unbeaten Reymart Gaballo (21-0, 18 KOs) by a one-sided 12 round unanimous decision in March of 2018. Gaballo knocked Young down in the third round and cruised to victory. Young is a good fighter though, and it’s not going to be a walk in the part for Donaire by any stretch of the imagination. Donaire won his quarterfinal fight in beating WBA Super World bantamweight champion Ryan Burnett by a fourth round injury stoppage last November in Glasgow, Scotland.

Donaire moved down from featherweight to bantamweight to take on Burnett in the quarterfinal. Donaire’s punching power was formidable in this weight class. He’s a much bigger puncher at 118 than when he’s fighting at featherweight. Donaire had fought briefly at bantamweight in 2010 and 2011, and he won three fights and looked superb. But for some reason, Donaire left the weight class and moved up to super bantamweight after beating Omar Andres Narvaez by a one-sided 12 round unanimous decision in 2011.

This should be an easy fight for Donaire. He’s got the power, experience and the talent advantage over Young. A wi for Donaire will put him in the final of the WBSS to face the winner of the semifinal fight between Naoya “Monster” Inoue and Emmanuel Rodriguez. 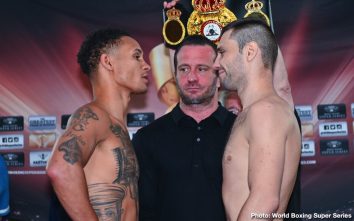 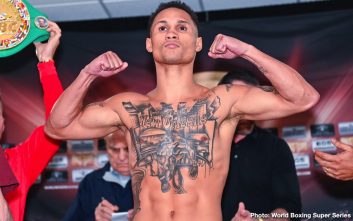 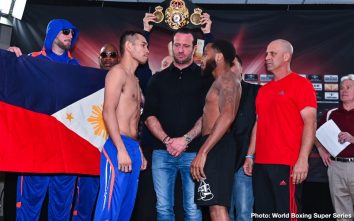 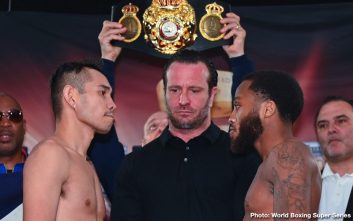