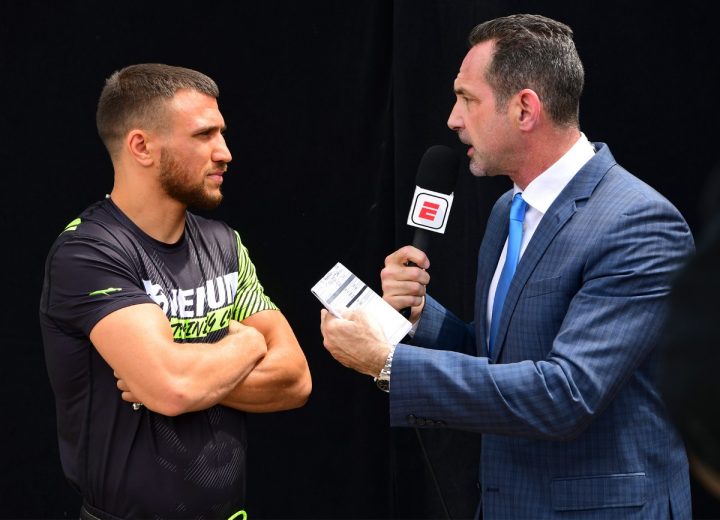 By Jim Dower: Vasily Lomachenko will be getting $1.2 million with a guarantee’d purse of $3.2 million for his title defense of his WBA/WBO lightweight titles against Anthony Crolla this Friday night at the Staples Center in Los Angeles, California. Crolla has a guarantee of $300,000.

There’s a big disparity with what Lomachenko is getting compared to Crolla. Lomachenko could make a lot more money if he forgets about unifying the lightweight division, and focuses on moving down to super featherweight to face Gervonta Davis for his WBA belt. That’s the fight that boxing fans want to see.

Top Rank promoter Bob Arum said this week that he won’t match Lomachenko against Gervonta. He’s not going to chase that fight. Instead of doing that, Arum wants to match Loma against Teofimo Lopez in early 2020 in a fight on ESPN PPV. It’s too bad Arum can’t make Lomachenko-Lopez and Lomachenko-Davis. Those would be too big paydays for Lomachenko instead of one.

Lomachenko, 31, is getting a WBA mandatory defense out of the way against former WBA champion Crolla (34-6-3, 13 KOs).

“135 is too much now. My natural weight is 130 lbs,” Lomachenko said to Fighthub. “It’s comfortable for me to fight against guys my size. Now I’m fighting against guys that are bigger and higher than me. I can’t go to the next weight class. I can’t. It’s stupid,” Lomachenko said about not wanting to move up to 140.

It sounds like Lomachenko doesn’t like the lightweight division too much, but that’s where the last two titles are at that he needs for hi to unify the division. The good news for Lomachenko is he only needs to beat IBF champion Richard Commey, and then Luke Campbell to win the WBC belt.

Mikey Garcia is likely going to vacate the WBC belt rather than come back down to the division, and take a small payday against Campbell. At this point of Mikey’s career, he’s looking to maximize his earnings by taking the biggest fights available. The money fights for him are at welterweight. Lomachenko could get in on that action if he were willing to take a risk and move up in weight, but he doesn’t seem interested in doing that. He’s going to play it safe at 135, and then 130.