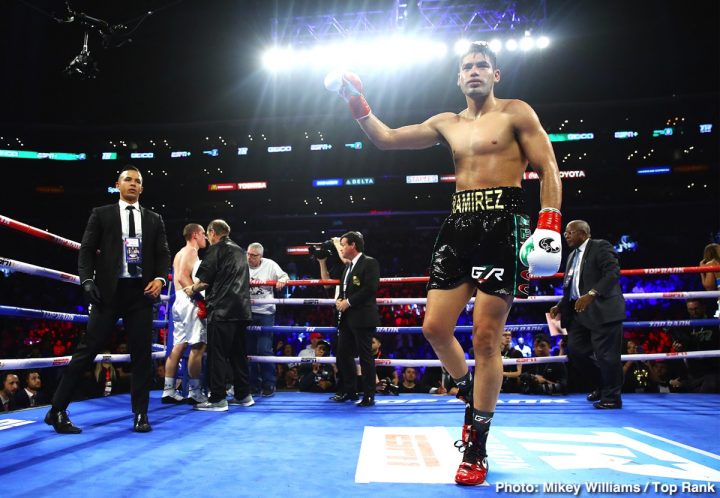 By Jim Dower: A bulked up Gilberto “Zurdo” Ramirez (40-0, 26 KOs) looked good in stopping former light heavyweight world title challenger Tommy Karpencey 29-7-1, 18 KOs) by a 4th round knockout in a scheduled 10 round fight in a night of mismatches on Top Rank Boxing on ESPN+ at the Staples Center in Los Angeles, California.

The 33-year-old Karpency quit on his stool after the fourth round had ended. Ramirez appeared to hurt Karpency with a series of body shots in the fight that led to him quitting on his stool. The body shots looked powerful. Ramirez weighed a whopping 196 pounds after rehydrating overnight after weighing in at 174 1/2 pounds at Thursday’s weigh-in.

That’s 22 lbs. Ramirez has been draining down to fight at 168 his entire 10-year pro career, and then rehydrating to look like a light heavyweight. Tonight, Ramirez looked like a cruiserweight. As heavy as Ramirez was tonight, you have to wonder how long he’ll be able to make the 175 lb weight limit. Gaining back 22 lbs is a sign that Ramirez belongs at cruiserweight, not light heavyweight.

Making his debut at light heavyweight, the 27-year-old Ramirez nailed the over-matched Karpency at will with shots. Karpency took the shots well, but he started having eye problems as early as the second round from all the shots he was eating. Karpency was landing good punches of his own, and finding it easy to reach Ramirez, but he didn’t have the power needed to keep him off of him. Like in all of his fights, Ramirez focused on his volume punching in throwing a lot of punches in getting the better of Karpency. Being able to tee off on a fighter without enough power to dissuade him, Ramirez quickly wore down the Pennsylvania native.

Karpency was picked out as a test opponent for the 6’2″ Ramirez to practice on to see if he was a good fit for the 175 lb division. Ramirez looked good against Karpency, but the fight didn’t tell us anything whether the Mexican star can handle the big shots from the likes of Sergey Kovalev, Oleksander Gvozdyk, Artur Beterbiev, Marcus Browne or Dmitry Bivol. Those fighters are a heck of a lot more talented Karpency.

With the victory, Ramirez puts himself in position for a world title shot. With him being signed with Top Rank Boxing, Ramirez won’t have a problem getting a title shot against one of the 175 lb champions, as they have three of the light heavyweight champions signed with them in Beterbiev, Gvozdyk and Kovalev. That being said, Ramirez is going to have his work cut out for hi trying to beat one of those guys. It’s all well and good that Ramirez defeated Karpency, a fringe contender at best, but it’s a much different story trying to beat one of those guys.

Kovalev is the most vulnerable of the three, but he has a fight that he needs to take care of first against his WBO mandatory Anthony Yarde. Ideally, Top Rank needs to get Ramirez some more experience at light heavyweight before they throw him in with one of the champions. Marcus Browne or Badou Jack would be good options if Top Rank were able to work with the promoters of those fighters to make a fight with Ramirez, but it’s unclear whether they can or if they would even attempt to. Browne and Jack would be VERY hard fights for Ramirez.

“He’s equal to the guys I’ve fought,” said Karpency after the fight. “No better, no worse. Hats off to him for landing a great body shot.”

In the past, Karpency has been in with the likes Adonis Stevenson, Oleksandr Gvozdyk, and Karo Murat.

Ramirez wants to fight for a world title, he says, and his goal is to be one of the top pound-for-pound fighters. We’ll have to see who Top Rank targets to put Ramirez in with. Kovalev is awfully popular. Top Rank would be taking away one of their revenue streams if they match him with Ramirez and he loses the fight. It’s not to say Kovalev will lose, but if he does, it’s bad news for Top Rank. Kovalev isn’t likely going to beat any of the other world champions at 175 right now. The WBO has the weakest of the top 15 contenders in their rankings. So if Ramirez can win that belt, he could hold onto the 175 lb title for a long time like he’s done at 168 in holding the WBO belt for three years without fighting anyone remotely talented. Its not Ramirez’s fault. It’s the WBO that has been ranking mediocre contenders, which has made it easy for Ramirez to hold onto the belt without risk of losing.

No one expected Ramirez to fight a talented light heavyweight in his first fight in the weight class, but he, his promoters at Top Rank, and boxing fans need to put things in perspective. Ramirez needs to be tested in a real way. Tonight’s fight wasn’t a test, as Karpency had been knocked out each time he stepped up at light heavyweight. Gvzodyk stopped Karpency in the sixth round in July 2016. That was a younger and better version of Karpency. Adonis Stevenson knocked Karpency out in the third round and looked better doing it than Ramirez in September 2015. Fortunately for Ramirez, Stevenson is no longer around, as he would be a problem if he was someone that he had to go through to win a world title.

The defeat for Karpency obviously hurts his career. Going into tonight’s fight, Karpency had won his last three fights, albeit against journeymen level opposition. Karpency’s career has slowed since his stoppage loss to Gvozdyk three years ago. Karpency has fought only once a year ever since that defeat in fighting once in 2017 and once in 2018. It’ll be interesting if the Ramirez fight is Karpency’s only fight in 2019. 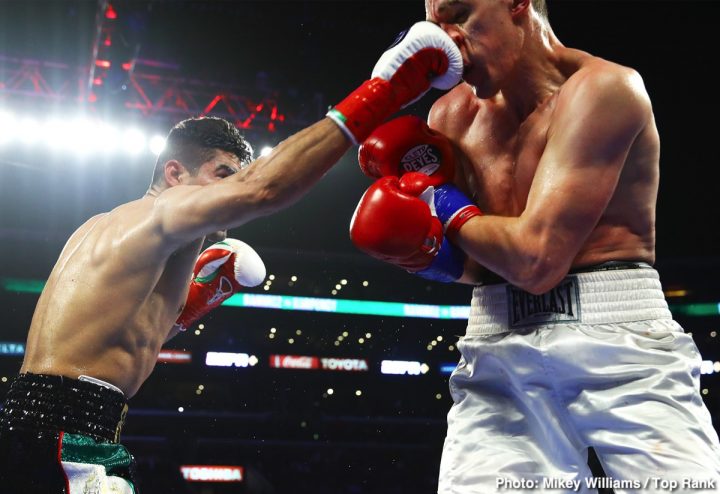 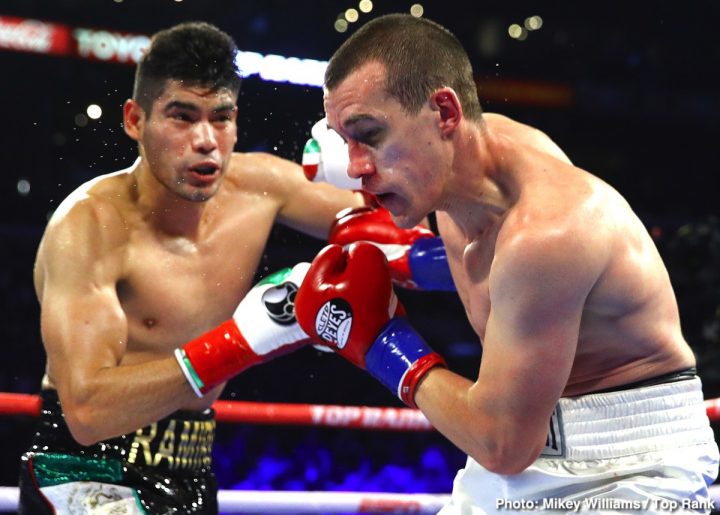 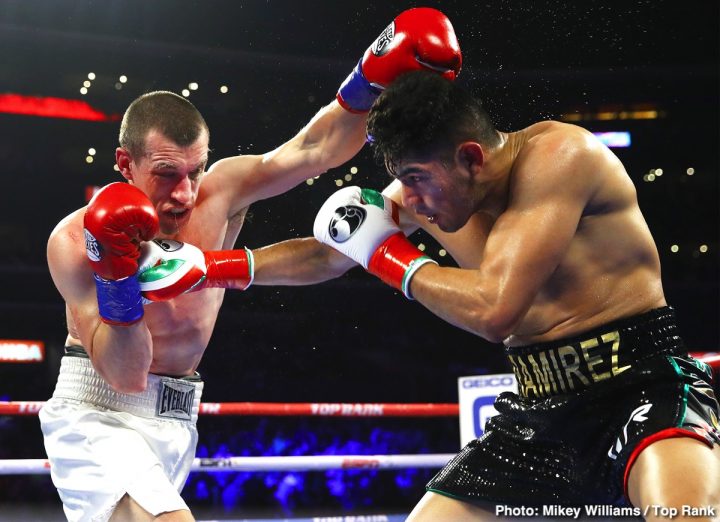 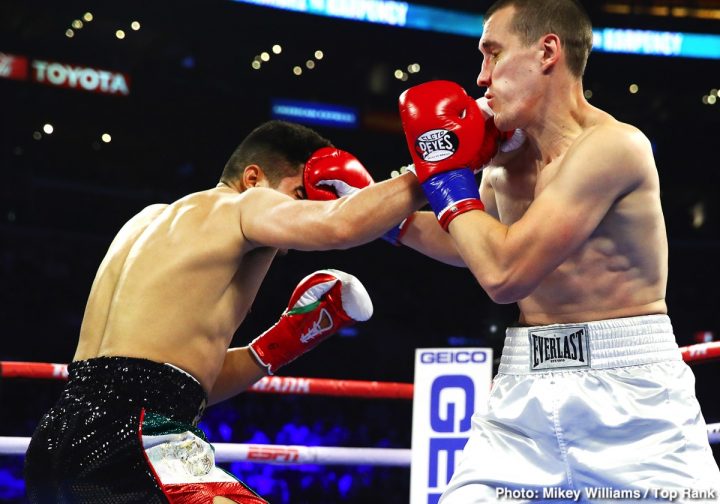 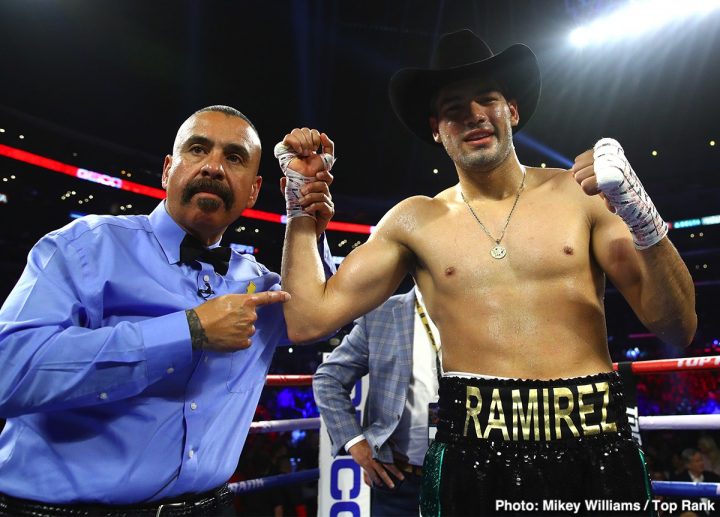