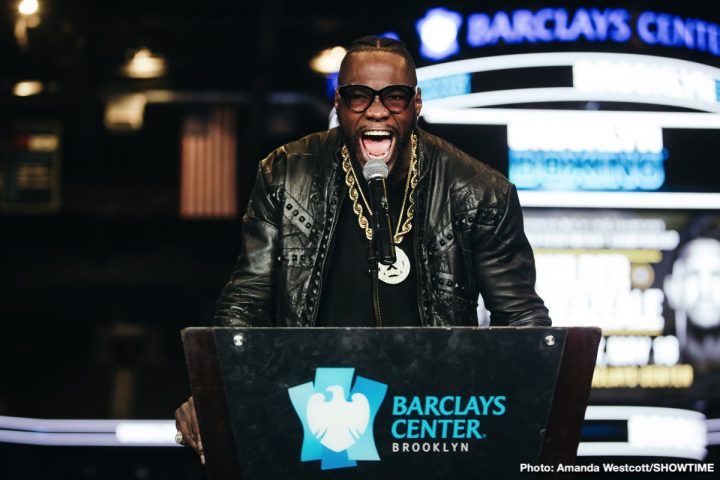 On June 1st American heavyweight challenger, Jarrell Big Baby Miller (23-0-1-20KO’s) was supposed to be challenging United Kingdom’s world WBA, IBF, WBO, IBO Anthony Joshua (22-0-21KO’s) in what was seen as the Britain’s American debut at the Madison Square Garden (MSG) Arena in New York. But earlier this week the American tested positive for a substance known as GW501516 – often referred to as Cardarine or Endurobol. This is known to help weight loss and increase stamina up to 15% which could explain Miller’s night level of endurance and work rate for a boxer who weighs over 300lbs.

VADA, are still waiting on Miller’s B sample to be tested, but very rarely does the B sample come up clean. The only time a B sample was tested clean was when Deontay Wilder was meant to face Alexander Povetkin, But with the Russia failing the A sample and later on found clean with the B sample the fight was still called off. So it’s a safe bet that Anthony Joshua vs Jarrell Miller is not going to happen, at least not in June this year.

So now Anthony Joshua’s promoter Eddie Hearn of Matchroom Boxing has been inundated with officer from practically everywhere heavyweight apart from those who already have fights lined up such as Deontay Wilder Tyson Fury and Dillian Whyte. Adam Kownacki has ruled himself out as he feels 7 weeks is not enough time to get fit for such a fight. Joseph Parker said he would be up for a rematch against Joshua after becoming the first boxer to go the full 12 rounds with Anthony only to lose by unanimous decision, that fight doesn’t seem likely.

But the only opponent on every boxing fans lips for Anthony Joshua to face is Luis Ortiz. Every one else other than Miller is seen as a step backwards for the World Champion. Luckily Eddie Hearn is also on the same page. As Ortiz’s team manager is one of the first people Hearn contacted when the news broke about Miller’s failed test sample.

In an interview with IFL TV Eddie had this to say about Luis Ortiz. ”Love that fight, that’s the ideal scenario, That’s a big fight, I know his team I spoke to them, My feeling from them was he won’t be ready but I disagree with them, the argument is that’s a better fight than the Miller fight some might say.”

It is sad to hear Ortiz’s team saying he won’t be ready in time as casts the Cuban in a bad light. I’m just glad these aren’t the words directly from Ortiz’s mouth. But still nonetheless many boxing fans are starting to see that Ortiz is a voiding Anthony as he did in the past when he was mandatory challenger to face Joshua back in 2017 but instead Ortiz decided to take an easier shot at a world title against Deontay Wilder.

I’m not really sure how team Ortiz feels there man won’t have enough time to face Anthony Joshua, Most training camps have around 8 weeks and Ortiz will have about 7 weeks which isn’t ideal. But Ortiz only recently had a full training camp from defeating Christian Hammer back March. So really Ortiz should be in perfect shape going into a 7 week camp.

And then there is the news that Deontay Wilder dropped to AB Boxing News exposing and debunking that Ortiz would not be ready. Deontay had this to say who should fight Anthony next. ”Out of all of those guys Luis Ortiz would be the main one that be ready Luis Ortiz is always training, after my fight he stayed training.”

Oh-boy, it looks like Luis Ortiz won’t be able to hide much long from Anthony Joshua. The excuse that he won’t be ready just doesn’t add up, especially when you take Wilder’s comments into account. But this is not the first time Ortiz has used this excuse that “I won’t be ready” when he has been faced with a step-up challenge. Back in May- June 2018, Dillian Whyte was looking for an opponent, and one of the names mentioned was Luis Ortiz. But in an interview with IFL TV Dillian Whyte said.

“I’m not going inactive and sit around for one year 2 years and not fight. I want to fight, unfortunately Pulev talking about September. I’m I’m not gonna wait till September Luis Ortiz is not going to be ready for July 28th. We made offers to both of them and one said September and one said they won’t be ready in July so you know I’m not gonna sit down and wait we gotta keep it moving.”

Can you see a pattern forming here? Each time a real challenger has been put before Ortiz his excuse for not accepting the fight is lack of time. Will Ortiz be Anthony’s next opponent as so many boxing fans want? I personally seriously doubt it, but I hope I’m wrong as this in my eyes would be a bigger challenger for Anthony Joshua.