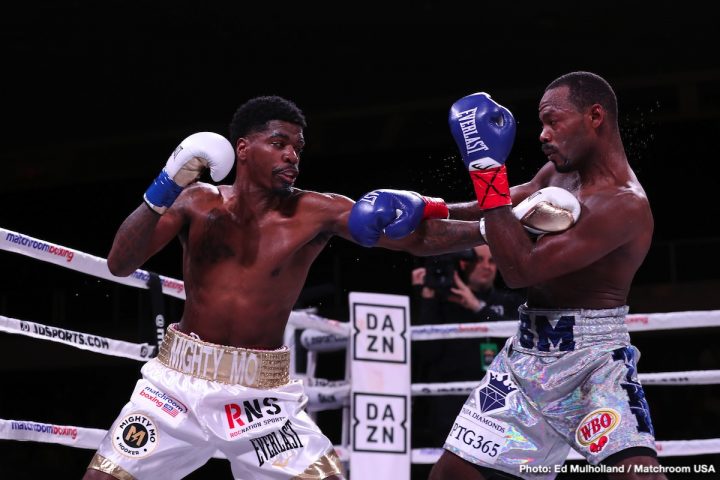 It was mostly one-sided even though a lot of the rounds were competitive. In the ninth round, Hooker, 29, knocked LesPierre down with a hard body shot. LesPierre just barely beat the count in getting back to his feet at the count nine. Some referees would have stopped the fight due to how long the badly hurt LesPierre waited before getting back to his feet, but he needed that time. He was in bad shape from the body shot that he took.

Hooker was a little too slow. In the 10th, 11th and 12th, Hooker got the got the better of a tired and depleted 34-year-old LesPierre with hard shots to the head and body. The body shots seemed to effect LesPierre more than the punches to the head.

After the fight, Hooker apologized for missing weight last Friday in his first two attempts at the scale. He blamed it on himself. Hooker then said he would be willing to fight Vasyl Lomachenko if he moves up to 140 to fight for a world title. Hooker also said he’s willing to fight his World Boxing Organization mandatory challenger Jack Catterall, who was as the fight sitting in the crowd. The fact that Catterall traveled all the way from his home country of England suggests that his promoter Eddie Hearn of Matchroom Boxing plans on making the fight with Hooker next.

“He was a tough guy,” Hooker said about LesPierre after the fight. “I tried to walk him down, but he wasn’t ready to go,” Hooker said in talking about how he tried to stop LesPierre after he knocked him down in the ninth round. “Me missing weight was my fault. It was my mistake. Everybody come to DAZN. Jack Catterall is somewhere. You’ll get your turn. I give myself a C-. I know they’ll come after me after this performance. If you judge me from this fight, then you can come get it,” Hooker said. 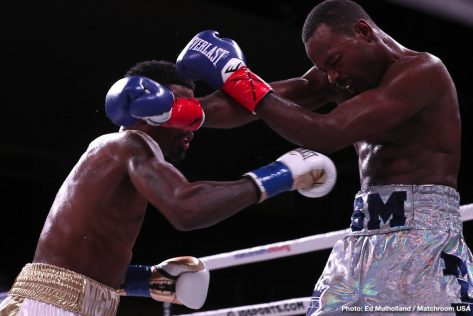 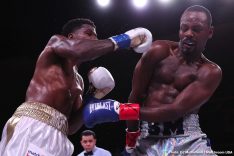 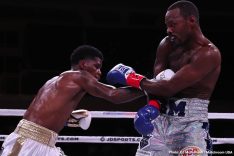 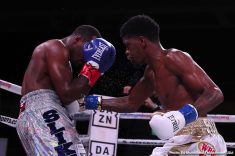 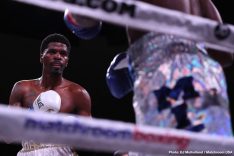 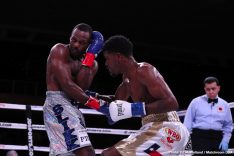 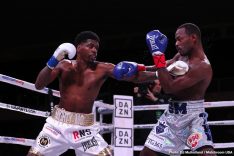 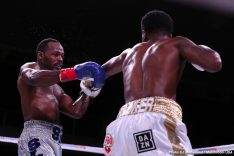 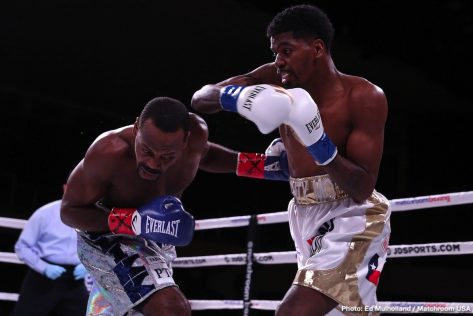 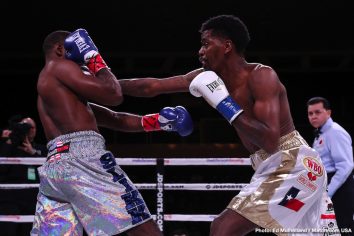 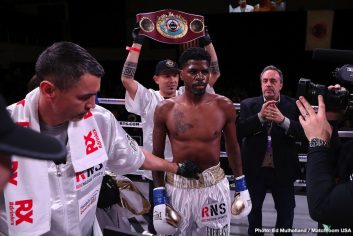