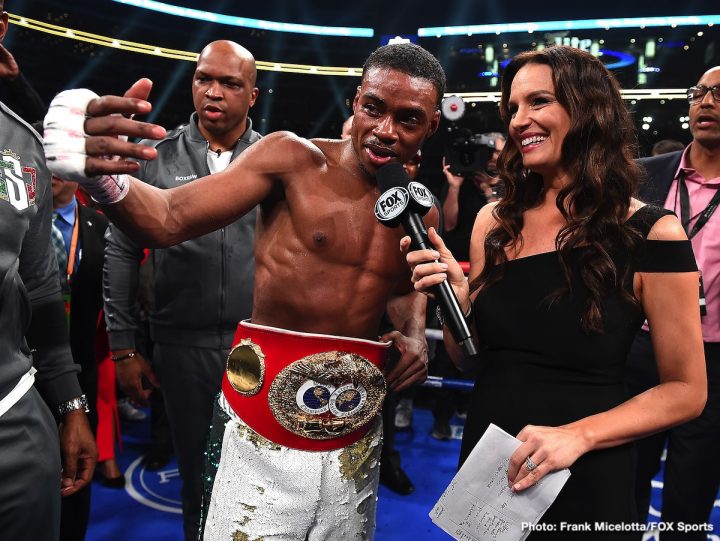 By Dan Ambrose: Errol Spence Jr. did an admirable job on Mikey Garcia, beating him by a decisive 12 round unanimous decision in their pay-per-view fight on Fox Sports on Saturday night, and he then called out superstar Manny Pacquiao, who came inside the ring afterwards.

Spence said, “It would be an honor for me to fight him next.” Pacquiao then said, “Yeah, why not? We’ll give the fans a great show. I’m hoping to be back here soon,” Pacquiao said when asked if he would be willing to fight Spence at AT&T Stadium in Arlington, Texas, which is where tonight’s Spence-Garcia fight took place.

The fans can count on Pacquiao putting in a much better effort against Spence than what we saw from Mikey. That was a really poor effort on his part. Obviously, Mikey was out of his class literally in moving up two weight classes to fight Spence at welterweight, but Mikey didn’t try the way he needed to for him to have a shot at winning. That’s the real letdown. All the guys that were overmatched that Mikey fought in the past, those fighters went all out to try and beat him, and he knocked out most of them. Tonight, Mikey wasn’t willing to go all out in a similar manner to try and beat Spence. It’s a shame. How does that saying go? ‘The flesh was willing but the mind was weak.’

Pacquiao (61-7-2, 39 KOs) accepting the fight with Spence could lead to a huge amount of pay-per-views in their fight. Perhaps not as many as a fight between Pacquiao and Mikey Garcia, but that match-up isn’t going to be happening now. Mikey had a chance to try and earn a fight with Pacquiao by beating Spence, but he couldn’t do the job and ended up losing by a one-sided 12 round decision on Saturday night by the scores 120-107, 120-108 an 120-108.

A large crowd of 47,525 showed up to see the Spence vs. Garcia fight tonight at AT&T Stadium in Arlington, Texas. Some of those boxing fans were likely disappointed by the non-competitive nature of the fight, and the one-sided way that it was played out. Mikey didn’t looked like he wanted to go out on his shield if need be by putting everything he had to try and win the fight.

Mikey was trying too hard to block shots, and not putting the effort in that he needed to for him to have had a chance to land something big. Garcia’s lack of punching power that he showed tonight suggests that he would have lost anyway even if he’ gone all out and bum rushed Spence the entire fight. It wouldn’t have worked, but at least he would have tried. Spence would have clearly knocked Mikey out if he pushed him hard with pressure. That’s the thing with Spence. If you fight passively, he’ll let you hang around and soak up punishment without taking it to you in a hard way.

Mikey didn’t want to take that risk tonight to fight harder. The end result saw Mikey take a massive amount of punishment. Whether he’ll ever be the same fighter after tonight is debatable.

“I can box, I can move my head if I want to. The game is to be smart, it’s the Sweet Science,” Spence said after the fight in talking about the boxing that he surprised fans with. “I give Mikey Garcia all the credit for taking the fight.”

It would have been more fun for the boxing fans at the AT&T Stadium if Spence had gone after Mikey from the 1st round looking for a knockout, because there wasn’t a lot of action in the first eight rounds. Mikey was playing it safe, while Spence just boxed behind his jab. For the boxing fans that purchased tickets, and traveled far to come watch the fight at AT&T Stadium in Arlington, Texas, they probably weren’t took happy with the way the fight played out. Likewise, the many boxing fans that paid $75 to watch the Spence vs. Mikey fight on Fox Sports PPV.

This wasn’t the performance that Spence needed for him to win over boxing fans. He looked like he was either lazy or taking it easy on Mikey purposefully. The only explanation one could come up with to explain Spence fighting in first gear the entire fight is perhaps he thought that if the fight was somewhat close, the boxing public would be more willing to pay to see the two fight each other a second time. If that’s why Spence failed to step on the gas tonight, then it was a mistake on his part. It never works for a fighter to take it easy on their opponents in an effort to get boxing fans excited at seeing a rematch. The only thing a fighter can do is to try his best to score a knockout. That’s what boxing fans want to see. That’s why fans like to see fighters like Gennady Golovkin. He puts in a strong effort to score knockouts and entertain the paying fans. Spence didn’t do that tonight. He fought like he was doing the minimal to win. 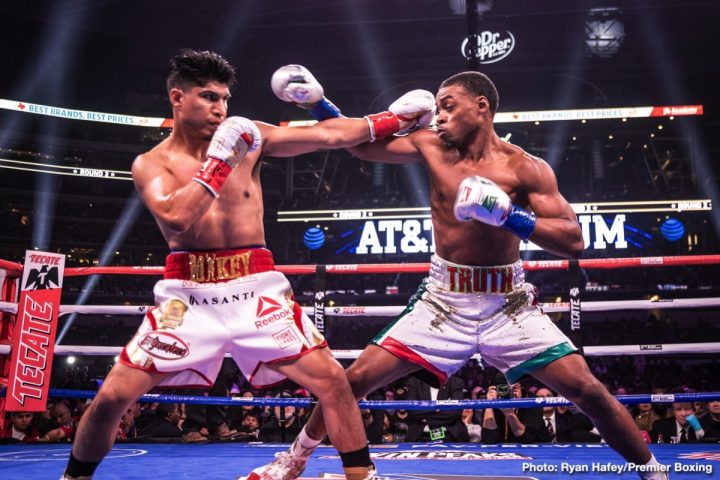 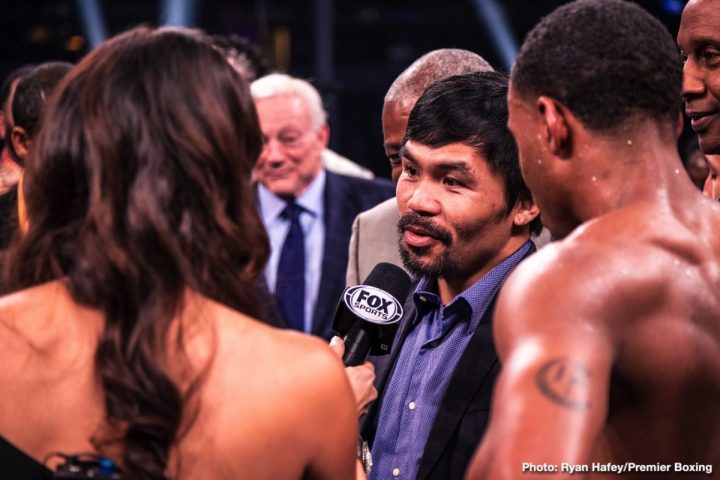 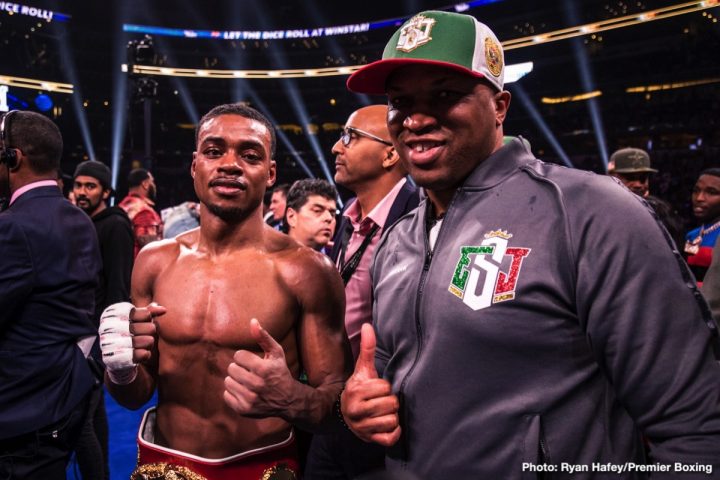 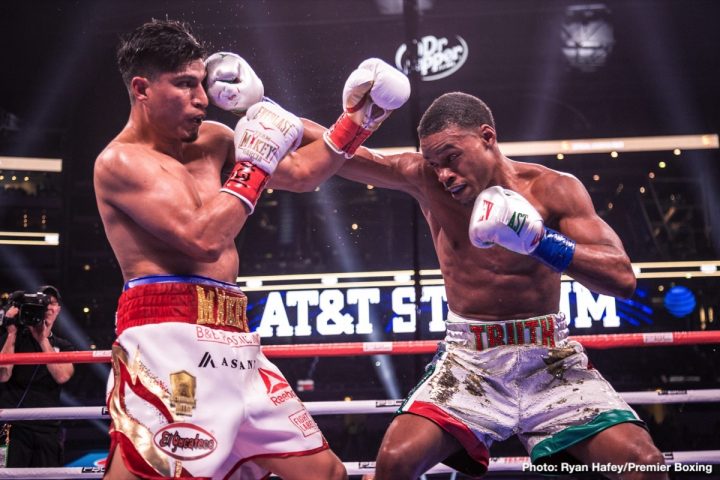 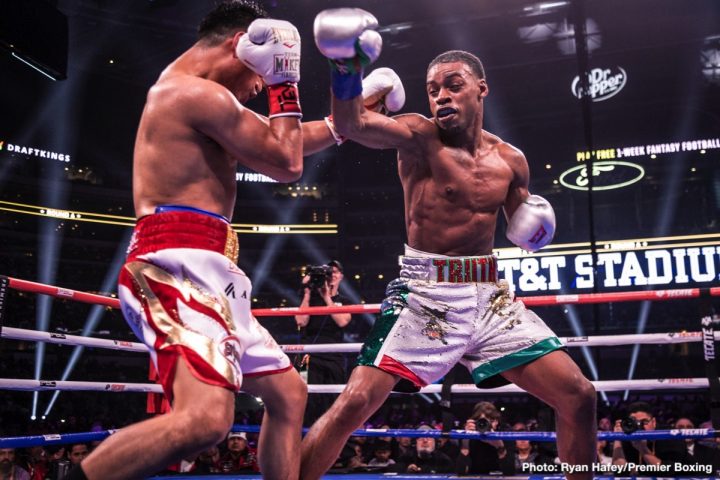 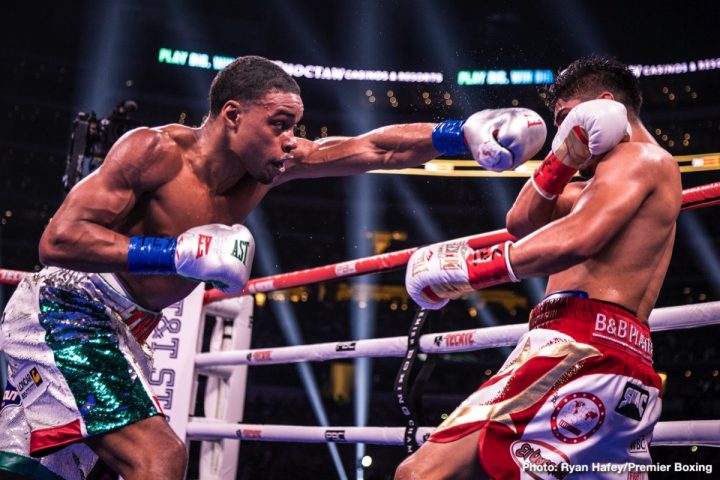 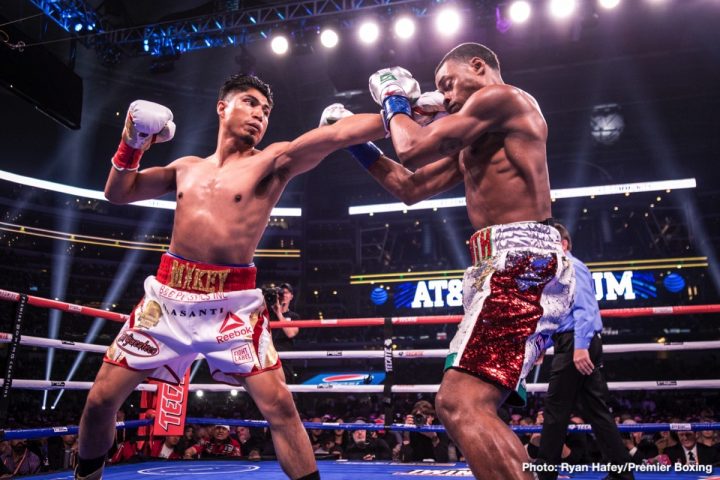