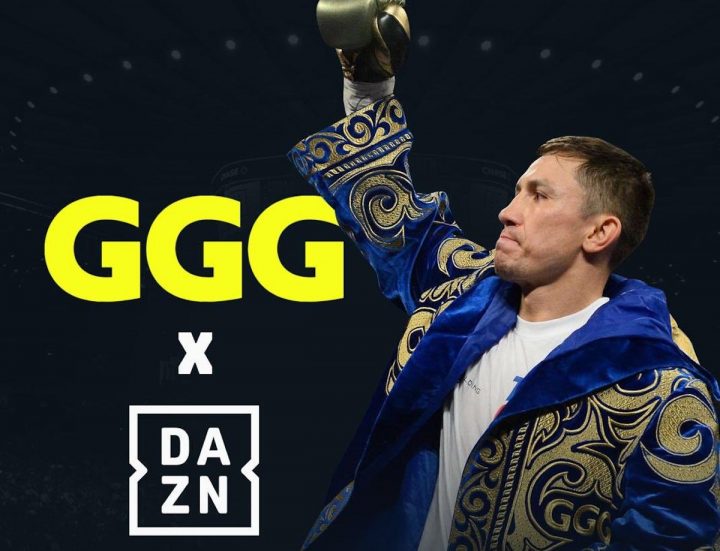 Despite not having done much in his career, Adams (21-2, 13 KOs) is finding himself much sought after by the top middleweights as a B-side opponent.

GGG and Charlo (28-0, 21 KOs) are both in position to challenge World Boxing Council 160 lb champion Saul Canelo Alvarez for a big payday, so they cannot afford to lose.

It’s predictable that Adams will take the fight with Golovkin rather than Charlo. The upside of Adams taking the GGG fight is if he beats him, he’ll have a good chance of fighting Saul Canelo Alvarez in September on DAZN. At the very least, Adams could get a rematch out of Golovkin if he scores an upset against him. If Adams fights Charlo, it’s not a great fight because he’s not a accomplished as much as Golovkin, and isn’t as big a name.

A victory over Charlo won’t necessarily result in Adams getting a fight against Canelo in a speedy fashion like it would be if he beat Golovkin. Moreover, Charlo is looking tarnished right now following his controversial 12 round unanimous decision win over Matt Korobov last December. The judges scored that fight to Charlo, the favorite, by the scores 116-112, 119-108 and 116-112. The boxing public saw it as a win for Korobov. Instead of Charlo giving Korobov a rematch to take care of the controversy, he’s looking to move on. If Adams fights Charlo now, he puts himself in with a guy that is being followed by controversy, and there’s no way he’ll get credit if he beats him.

Adams, #3 WBA, #8 WBO, has a mini four-fight winning streak going since losing to John Thompson (19-4, 7 KOs) by a second round knockout in 2015. Adams lost to Willie Monroe Jr. by a 10 round unanimous decision in 2014. If Golovkin or Charlo get Adams to accept the offer to fight them, they would be counting on the casual boxing fans not being aware of Adams’ past losses.

Without much of a fan base to speak of, Adams has been flying under the radar screen all this time. The casual fans won’t be aware that Adams has failed against beatable opposition. Monroe, a fighter that beat Adams, was knocked out by Golovkin in the 6th round in 2016. Thompson destroyed Adams in two rounds three years ago in 2015, but he was beaten by Monroe.

Golovkin could do a lot better than Adams if he wanted to, but it would be require that he take a risk by looking to fight someone like Demetrius Andrade, Korobov, Sergiy Derevyancheko or Maciej Sulecki. Those are guys that would push GGG and give him a good fight. Adams might not be able to push Golovkin in the same way. If Triple G faces Adams, while Canelo fights IBF champion Danny Jacobs, there’s going to be an imbalance between those two fighters when they start negotiations. Canelo will be able to ask for a lot bigger purse split than GGG based on his win over him, as well as being more active recently against better opposition. Golovkin won’t be in a good position to ask for a 50-50 split if he’s coming off a win over Adams.