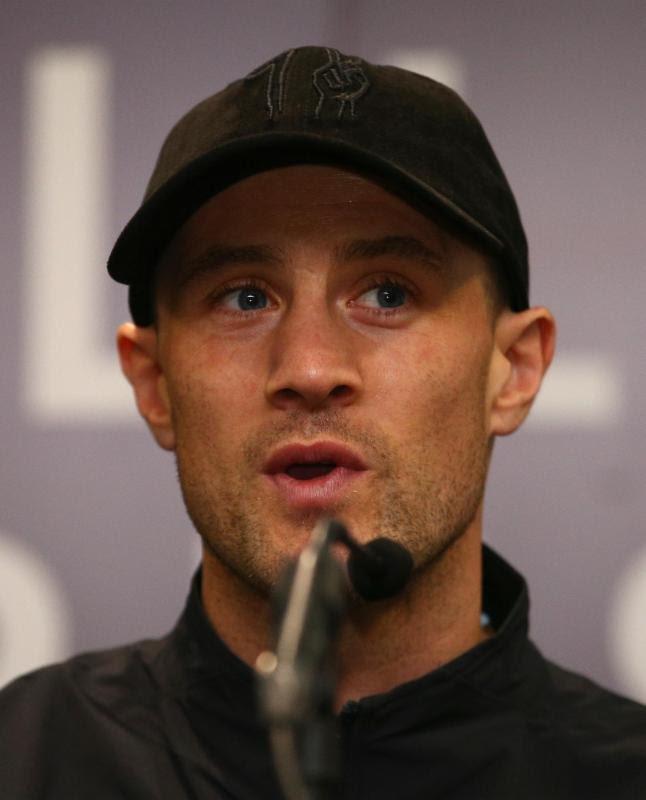 By Scott Gilfoid: Ricky Burns (43-7-1, 16 KOs) is being considered as a potential replacement to fight unbeaten Josh Taylor (14-0, 12 KOs) if his scheduled opponent IBF light welterweight champion Ivan Baranchyk (19-0, 12 KOs) drops out of the World Boxing Super Series 140 lb tournament ahead of their May 18 semifinal fight at The SSE Arena in Glasgow, Scotland, according to Mike Coppinger.

If Burns winds up as the replacement for Taylor, you can call this a bye for all intents and purposes. It’s a horrible mismatch. The WBSS tournament organizers might as well have Taylor sit back and wait for the smoke to clear from the other semifinal match between Regis Prograis and Kiryl Relikh. An arguably better replacement to take Baranchyk’s place would be Pablo Cano or Sergy Lipinets. Those guys would give Taylor a run for his money with their punching power.

It’s still not official that Baranchyk has pulled out of the WBSS tournament. He’s still currently scheduled to be fighting Taylor in the semifinal of the tournament on May 18 in Glasgow, Scotland. Baranchyk’s status for staying in the WBSS tournament still remains up in the air as May 18 fight date fast approaches. Former three division world champion Burns, who comes from Scotland, would an ideal opponent for Taylor to fight on the May 18 date in order to produce ticket sales.

Taylor is also from Scotland, so a fight between those two would be a big deal for that country. However, the ratings wouldn’t likely do great numbers on DAZN, given that Burns is viewed as a fighter on the downside of his career, and not a guy that one instantly thinks as a good option to be inserted into a semifinal match against the unbeaten 2012 Olympian Taylor (14-0, 12 KOs).

Burns has lost two out of his last four fights in defeats to Julius Indongo and Anthony Crolla. However, he’s won his last two matches in beating Ivan Njegac and Scott Cardle. Burns lost his WBA light welterweight title two years ago to Indongo in getting beaten by a one-sided 12 round unanimous decision in April 2017. Indongo would later lose the belt to Terence Crawford by a third round knockout in August 2017.

During his best years of his career between 2010 to 2013, Burns was one of the best fighters at super featherweight and lightweight. It was only after Burns ran into Raymundo Beltran, Terence Crawford and Dejan Zlaticanin, that he started to have problems with his career. Burns was no longer dominating like he’d been doing earlier. Of course, those three fighters had a lot to do with that. Burns would have had problems beating those guys even when he was in the zenith of his career.

Burns is still fighting at a high level. It’s just that he’s not a big enough puncher to be a force at 140 like he was when he was fighting at 130 and 135. Taylor, 28, is a lot younger and more powerful than Burns is. This is a match that will likely wind up with Taylor making easy work of Burns.

Errol Spence Jr. vs. Mikey Garcia to have WBC Diamond title at stake »