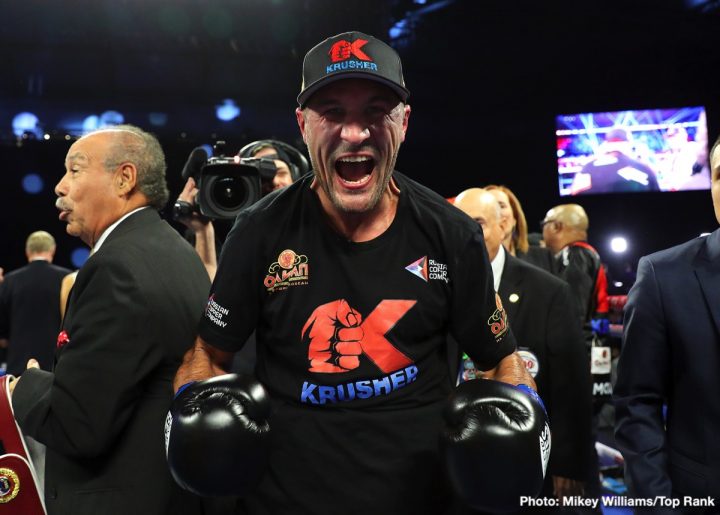 Alvarez knocked out Kovalev (33-3-1, 28 KOs) in seven rounds last August. This time, Kovalev controlled the action with his jab, and in the 12th round, he stunned Alvarez with an assortment of blows.

“We worked a lot on my jab,” Kovalev said. “Right now, I am working with {trainer} Buddy {McGirt} the way I was when I was an amateur

“After this, I want unification fights.”

Said Alvarez: “I don’t see myself as a loser tonight, but I do give him credit, especially in that 12th round. I think that he went out and proved that he wanted to win.”

In the end, the judges were in agreement, and Kovalev is a champion once again. 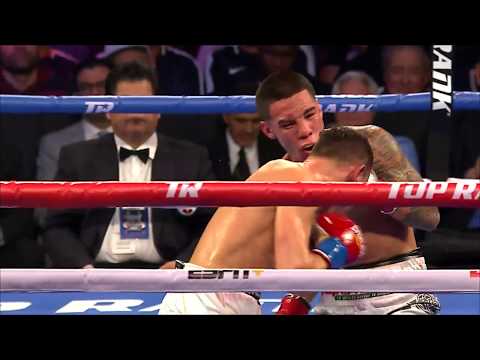 After nearly 11 months out of the ring recovering from a broken jaw, WBO featherweight world champion Oscar Valdez did not miss a beat. Valdez made the fifth defense of his title, notching a seventh-round TKO over the previously unbeaten Carmine Tommasone.

Valdez (25-0, 20 KOs) scored a pair of knockdowns in the fourth, the first one coming courtesy of a counter right hand and the second one via a left hook to the belt line.

Valdez knocked down Tommasone again in the sixth, which spelled the beginning of the end for the game Italian. Early in the seventh, an uppercut floored Tommasone, and the referee immediately stopped the fight.

“I was very excited. I kind of didn’t want to get too crazy in there. It was tough the first round to get {my rhythm},” Valdez said. “But finally, I got the job done. I congratulate him. He’s a great fighter. I wish him nothing but the best. 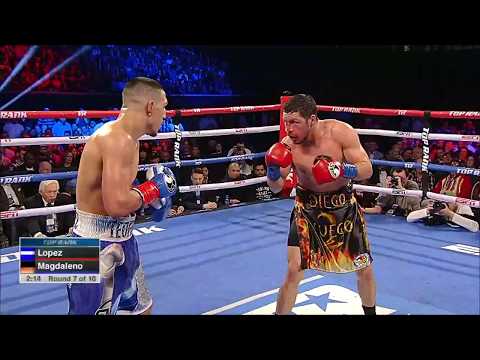 The 2018 Prospect of the Year started 2019 off in style. Teofimo Lopez (12-0, 10 KOs) knocked out former two-time world title challenger Diego Magdaleno (31-3, 13 KOs) in the seventh, retaining his NABA, NABF, and USBA lightweight titles.

A pair of left hooks knocked Magdaleno down and out for the count.

“I take nothing away from Diego Magdaleno. We picked our shots, and we knew that in the later rounds, he’d drown in those deep waters,” Lopez said. “As the competition gets tougher, you will see more of what I can do. I dissected him like a surgeon.” 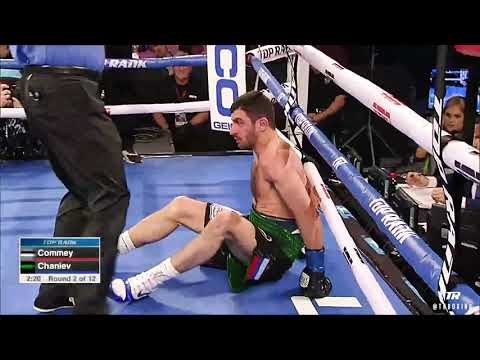 Talk about a statement. Richard Commey (28-2, 25 KOs) steamrolled Isa Chaniev (13-2, 6 KOs) in two brutal rounds to win the vacant IBF lightweight world title. He scored a knockdown with a crunching right hand in the first, knocked him down again with an uppercut in the second, and followed up with a flurry to secure the TKO.

“This is everything for me. This is what I worked so hard for,” Commey said. “Finally being a world champion, I feel like I fulfilled a destiny for me.”

Next up for Commey is a potential showdown with WBA/WBO lightweight champion and pound-for-pound great Vasiliy Lomachenko. He hurt his right knuckle in the opening round, and if receives a clean bill of health, Lomachenko will be next.

“When I hit him in the first round, I hurt my right knuckle,” Commey said. “I’m going to have to get it looked at and see what happens.” 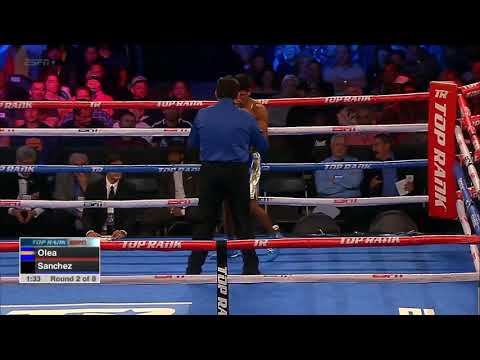 Middleweight prospect Janibek Alimkhanuly (5-0, 2 KOs) picked up his biggest win to date, knocking out Steven Martinez (18-5, 13 KOs) at :21 of the fifth round.

“I showed what I was capable of against a tough opponent,” Alimkhanuly said. “I am close to world title contention. It’s going to be a big year for me in 2019. This is only the beginning of my journey.”

Featherweight prospect Jason “El Alacrancito” Sanchez (14-0, 7 KOs) made quick work of Daniel Olea (13-7-2, 5 KOs), knocking out the rugged veteran at 1:35 of the second round. Olea had only been knocked out once before as a pro.

“I wanted to be patient in there. I wasn’t necessarily looking for the knockout right away,” Sanchez said. “But the opportunity came, and I took advantage of the opening.”

Pat Day (17-2-1, 6 KOs) extended his winning streak to six with a hard-fought unanimous decision against the previously unbeaten Ismail Iliev (11-1-1, 3 KOs) to retain the WBC Continental Americas super welterweight title and win the vacant IBF Intercontinental junior middleweight belt. The scores were as followed: 98-92, 97-93, and 96-94.

Bakhram Murtazaliev (15-0, 12 KOs) retained his WBC USNBC super welterweight title with a ninth-round TKO over Elvin Ayala (29-13-1, 13 KOs). An accumulation of blows forced the referee to stop the bout at 2:05.

Enriko Gogokhia (11-0, 6 KOs) knocked out Vitor Jones Freitas (15-4, 9 KOs) at 2:04 of round three, as referee Neal Young stopped the bout following a barrage of punches.