Jacobs: “When I beat Canelo, I’ll give GGG a rematch”

By Sean Jones: Daniel Jacobs (35-2, 29 KOs) says he’ll give Gennady Golovkin a rematch after he beats WBA/WBC middleweight champion Saul Canelo Alvarez (51-1-2, 35 KOs) in their fight in three months from now on May 4 on DAZN at a still to be determined venue.

Jacobs feels that he rightfully deserved the decision in his fight against GGG in March of 2017, and he wants to finally avenge that loss in a rematch in the future. As far as Canelo goes, Jacobs isn’t too worried about him. He sees the short 5’8″ Canelo as being too small to beat him, and he plans on using his big height, size and power advantage to get the Golden Boy star out of there. Jacobs wisely recognizes the potential of there being a controversial decision, which is why he doesn’t intend on letting the judges have a say in the final outcome of the fight with the 28-year-old Alvarez.

“That’s my perfect scenario, because I truly feel in my heart that I won the first fight with GGG,” Jacobs said to Helen Yee Sports when asked if he wants to fight Golovkin after he beats Canelo Alvarez on May 4. “So when I do beat Canelo, one day I will give Golovkin a rematch to finally settle the difference. To me, I’m already the victor,” Jacobs said.

Before Jacobs starts looking past Canelo, he needs to attend to that fight with his full focus at 100%. Canelo and his trainers are going to study Jacobs’ past losses to Golovkin and Dmitry Pirog to identify any weaknesses they can find to try and beat him. The one thing that Jacobs had problems with in both of those fights was the pressure that Golovkin and Pirog put on him. When those two fighters were coming forward throwing punches, Jacobs gave ground and lost rounds. Pirog eventually caught Jacobs with a looping right hand in the fifth round that put him down. The fight was then stopped by referee Robert Byrd after he briefly gave a count to the unconscious looking Jacobs. Immediately after Byrd waived it off, Jacobs jumped to his feet and started motioning that he was fine, and wanted to continue fighting. It was the same exact knockdown that Deontay Wilder scored in the 12th round against Tyson Fury last December. Fury was clearly unconscious, but the referee gave a count for that fight, and he eventually woke up and was allowed to continue fighting. Canelo is going to likely put a lot of pressure on Jacobs the way that GGG and Pirog did in hopes of backing him up against the ropes in order to land something big. Canelo had success pressuring his last two opponents in Rocky Fielding and Golovkin, so it’s likely that he’ll do the same thing against Jacobs.

Jacobs didn’t do enough to impress the three judges in his fight with GGG two years ago. The knockdown Jacobs suffered in the 4th round, and his defensive focus in the first six rounds put him well behind in the fight going into the second half of the contest.

“[It’s great] to have the opportunity to fight one of the biggest stars in boxing,” Jacobs said. “If I beat him, that makes me the greatest of my generation. I’m glad Canelo has given me this opportunity. The fans are in for a great treat.”

If Jacobs beats Canelo, it most certainly won’t make him the best middleweight in this generation. Canelos’s status as the WBA/WBC 160 lb champion is kind of shaky, given that his win over Golovkin last September was seen as a controversial win. Besides the controversy of the victory, it came after Canelo was suspended for testing positive for the performance enhancing substance clenbuterol last year in February. Canelo’s positive test for the PED led to him receiving a six-month suspension. Although Canelo blamed the positive test on having eaten tainted meat, the excuse didn’t work with the Nevada State Athletic Commission, who suspended him anyway. As soon as the suspension ended, Canelo jumped back in training camp, and fought Golovkin in a rematch and beat him. The fans didn’t agree with the decision. Many of them felt that the fight should have been a draw, and that the first Canelo-Golovkin fight should have been a victory for Golovkin. As such, if Jacobs beats Canelo, it won’t make him the best middleweight or best fighter in this generation. It’ll just mean that he’s a better fighter than a small middleweight, that is coming off of a second controversial decision against GGG.

“In boxing there’s controversial decisions. That’s why my trainer said, ‘You don’t get paid for overtime, so if you can go in there and get it over with, then do so,'” Jacobs said. “He’s a very talented guy, so I have to be cautious with my approach. You just have to be on your A-game,” Jacobs said.

Jacobs should avoid backing up against the ropes against Canelo if he wants to win the fight. Although Jacobs knocked out Peter Quillin in the 1st round after backing up against the ropes against him in their fight in December 2015, he was stopped by Pirog when he was trapped against the ropes in their 2010 fight. Jacobs was also dropped by Golovkin and Sergio Mora when he was fighting near the ropes. Jacobs is a much better fighter when he’s in the center of the ring, using his height and reach, and not letting his shorter opponents crowd him. Canelo is definitely going to be trying to crowd Jacobs in order to land his body shots, and left hooks to the head.

“I’m the stronger fighter. I’m the longer, bigger fighter . So I have much more of the attributes than him,” Jacobs said about him having more size and power than the 28-year-old Canelo Alvarez. “He’s a much smaller guy than I am. So I can use my height, and use my range and reach. I’m the biggest fighter he’s ever fought as well. There’s a lot of things that factor in that he’ll have to adjust to, but he’s a talented fighter, so I feel I’ll have to as well,” Jacobs said.

Jacobs will need to make sure he’s careful when throwing his power shots against Canelo, because the Mexican star is quite good at countering his opponents. That’s what Canelo does best. He takes advantage of his opponents when they throw power shots. Where Canelo isn’t do good is when he’s facing a guy with a long reach that is jabbing him from the outside. That’s what GGG, Austin Trout, Erislandy Lara and Floyd Mayweather Jr. both did in their fights with him. Only Mayweather was given a decision win over Canelo. Golovkin, Lara and Trout fought well enough to deserve victories, but they found out the hard way out difficult it is to get a decision over Alvarez. You can’t just jab Canelo and shut him out on the outside, since the judges don’t seem to pay much attention to jabbing or body shots. For Jacobs to beat Canelo, he’s going to need to beat him with power shots, and possibly knock him out if he wants to make sure 100 percent that he gets the victory. 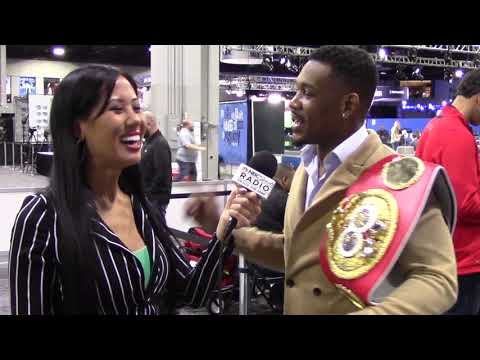