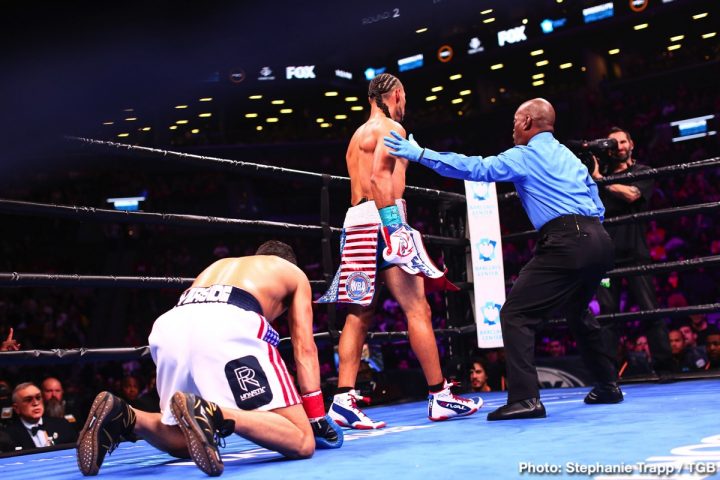 By Mike Smith: Keith ‘One Time’ Thurman (29-0, 22 KOs) believes he’s earned a fight against Manny Pacquiao following his 12 round majority decision win over Josesito Lopez (36-8, 19 KOs) on Saturday night at the Barclays Center in Brooklyn, New York. Pacquiao, 40, hasn’t picked out his next opponent yet, and he might not get a lot of credit from boxing fans if he selects Thurman after the way he performed tonight against Lopez. The victory for Thurman enables him to hold onto his WBA Super World welterweight title.

Thurman was within an eyelash of being knocked out in the seventh round by Lopez, who is more of a journeyman level fighter than a top contender. Thurman won the fight by the scores 117-109, 115-111, and 113-113. The judge that scored the fight a draw observed something during the fight that led him to believe that Lopez had done enough to make it an even fight.

Pacquiao wants to fight the winner of the March 16th fight between Errol Spence Jr. and Mikey Garcia. At this point, Pacquiao will make more noise with his career if he faces the Spence-Garcia winner than he will in fighting Thurman. A fight between Pacquiao and Thurman should take place once Keith gets a couple of good fights under his belt where he looks good. 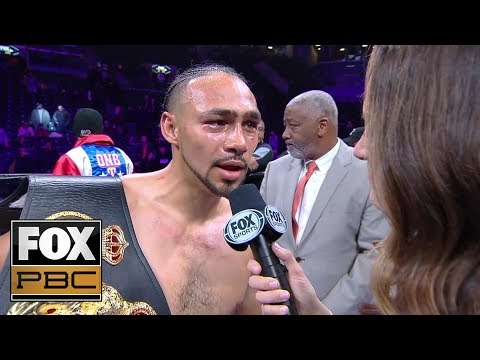 Tonight, Thurman didn’t look good unless you consider coming close to being knocked out in the seventh round as looking good. Thurman got tired in the last six rounds of the fight and was put in the position where he needed to use his circle boxing for him to preserve his win. Pretty, it was not. It was ugly to watch, and boring. Thurman had talked all week about how he was the entertainment for the boxing fan, and that he doesn’t owe them anything.

“I would most likely definitely take the Manny Pacquiao fight this year,” said Thurman. “I feel good. That was a beautiful fight. I’m ready to fight wherever Pacquiao wants it. Either way, I will be back later this year. Believe that.”

The fighter that wants to face Thurman is in 2019 is International Boxing Federation welterweight champion Errol Spence Jr. (24-0, 21 KOs). He’s made it clear that he wants to fight Thurman after he defends against Mikey Garcia on March 16. However, Thurman says he doesn’t want to fight Spence until 2020. You can argue that the fighter that deserves the fight with Pacquiao is Spence, not Thurman. Being out of action for two years, and the coming back against a fringe contender in Josesito Lopez didn’t help Thurman earn the fight with Pacquiao. That’s an easy way of Thurman earning a fight with Pacquiao if he’s going to get the fight after two years out of the ring and a lackluster performance against Josesito Lopez. Spence has been active the entire time that Thurman has been out with injuries, and he’s done a lot more to earn the fight with Pacquiao.

It’s presumptuous on Thurman’s part for him to be thinking he’ll get a fight against Pacquiao, but perhaps the fight will happen anyway. From the standpoint of Pacquiao going after the weakest link among the current world champions at 147, he would be smart to take on Thurman. He’s got a shaky chin, and he doesn’t know when to hold on when he’s hurt. The negative about Pacquiao fighting Thurman is he would have a guy that runs a lot, and that’s not a style that Pacquiao has ever liked fighting. He had to deal with movement from Floyd Mayweather Jr. in 2015, and he didn’t adjust well to it. Thurman’s entire game is hit.

For Pacquiao to beat Thurman, he would need to stay on top of him for the entire fight. The thing is, if Pacquiao is going to fight the Premier Boxing Champions welterweights, he has to fight Thurman at some point, because he’s one of the main ones. Thurman may no longer be the best welterweight with PBC or even the second best, but he’s still one of their fighters. The others are Spence, Danny Garcia, Shawn Porter and Amir Khan.

Tonight’s fight for Thurman was his first in two years. His surgically repaired right elbow stayed together, and he didn’t have any issues with his left hand, which he’d suffered a bone bruise many months ago while training. 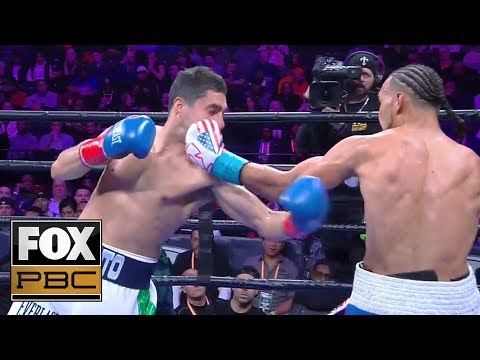 Thurman put Lopez down with a left hook in round two. Lopez took a lot of shots from Thurman, but refused to go down again after the second round knockdown.

Lopez landed a big right to the head of Thurman in the seventh roue that hurt him, causing him to get on his bike and speed away. The remainder of the fight saw Thurman fighting defensively, moving as much as possible, ad seldom exchanging.

“He had me buzzed and shaken up in the seventh round, but I tried to stay on the outside,” said Thurman. knockout.”

Lopez landed punches to Thurman’s 247. That was a wide disparity between the two. 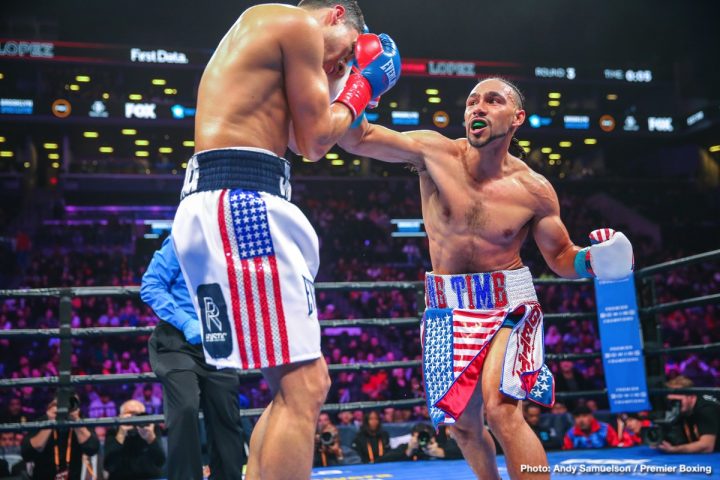 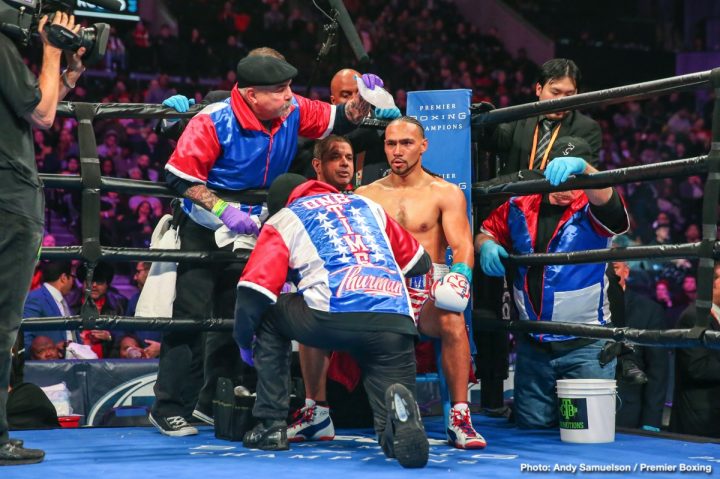 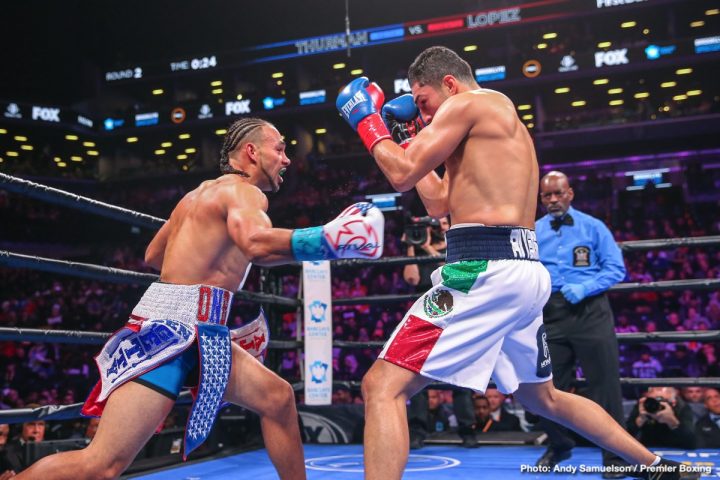 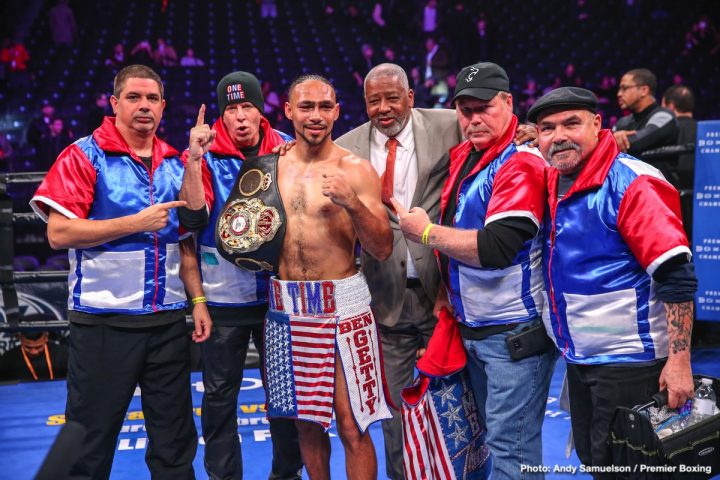 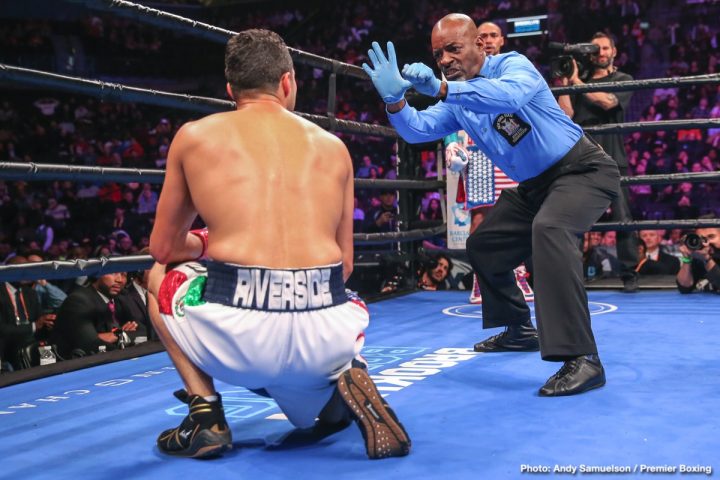 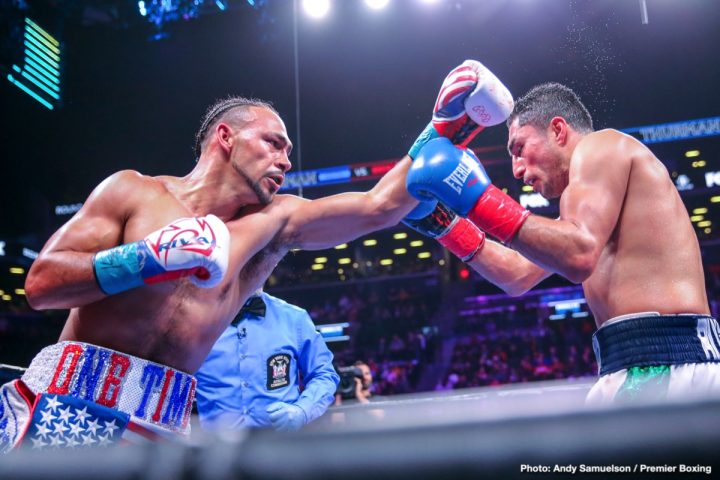 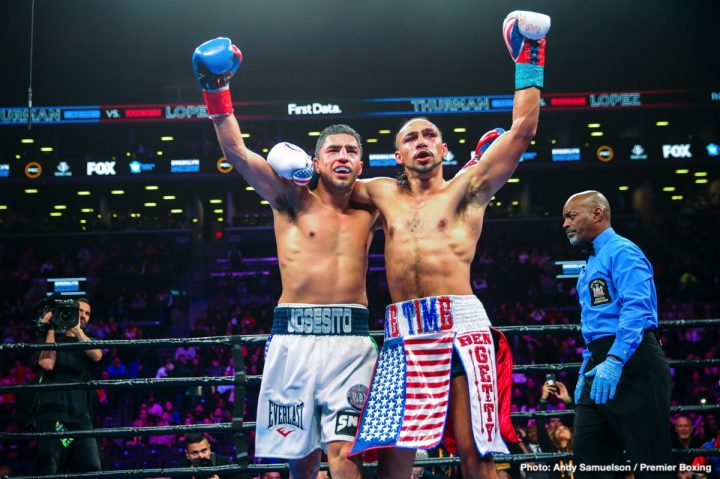 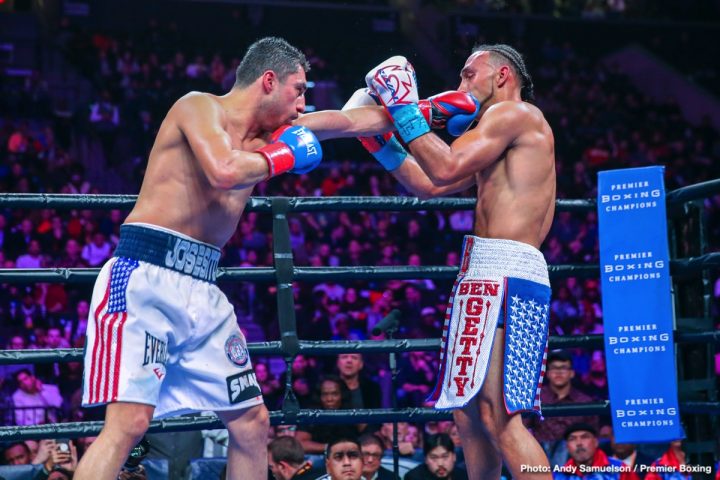 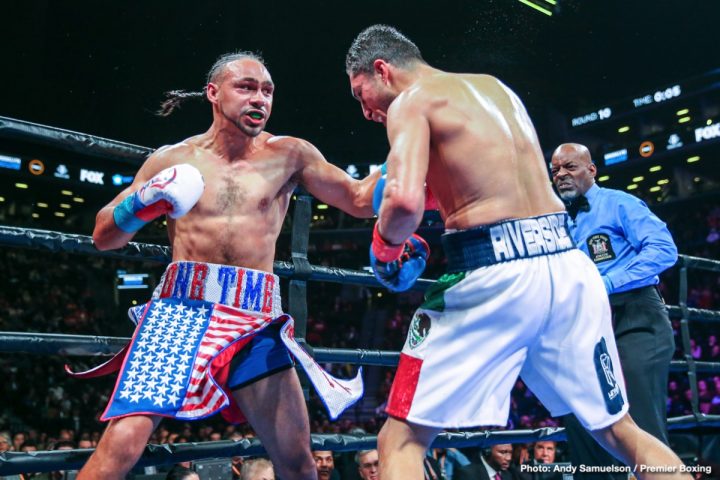 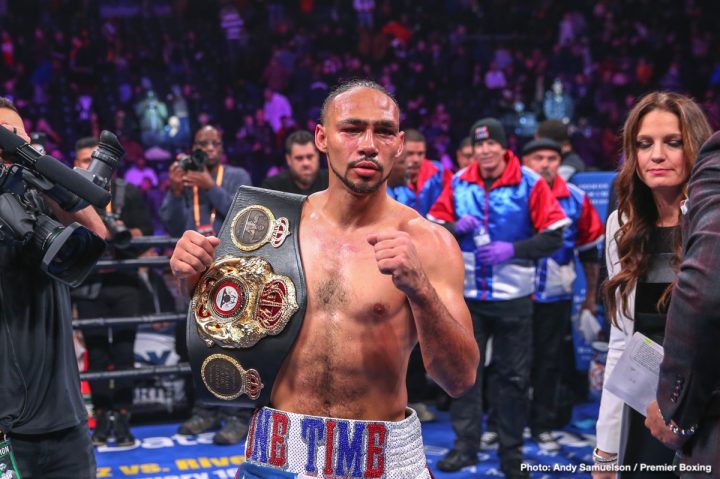