Josh Taylor vs. Ivan Baranchyk and Regis Prograis vs Kiryl Relikh targeted for May.11/18 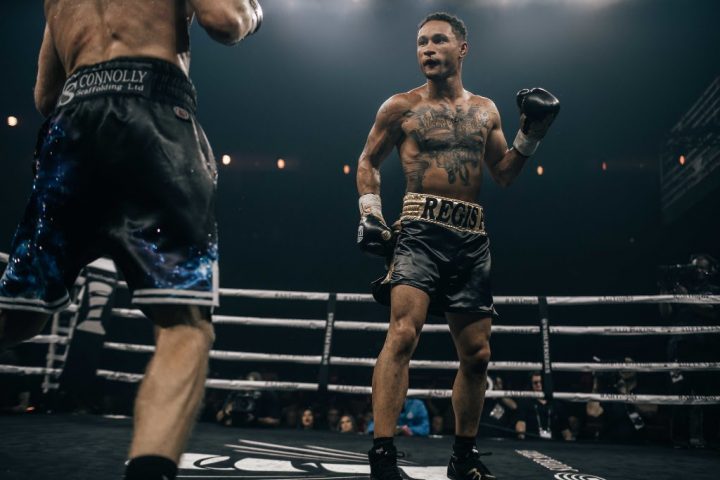 By Jeff Aranow: The World Boxing Supr Series light welterweight tournament semifinals will be taking place between Regis Prograis vs. Kiryl Relikh and Josh Taylor vs. Ivan Baranchyk in a double-header in four months from now on May 11th or 18th in Glasgow, Scotland, according to RingTV. These two fights will be interesting to watch. All four of the contestants can punch, and each of them looked good in their recent quarterfinal fights.

That’s good news for the boxing fans that want to see the tournament play out to it’s conclusion. Prograis (23-0, 19 KOs), who is considered by many as the favorite to win the WBSS 140 lb tournament, has invested a lot of time in taking part in the tourney. Had Prograis not taken part, he likely would have already fought WBC light welterweight champion Jose Ramirez, and taken his title by now.

Prograis has four months to wait before he challenges World Boxing Association World Super Lightweight champion Kiryl Relikh (23-2, 19 KOs) on May 11 or May 18 in the semifinal. If Prograis, 29, wins that fight, then he’ll likely need to wait until the end of the year before he faces the winner of the Taylor vs. Baranchyk fight in the final of the WBSS tournament. If the tourney canceled before the conclusion, it would be a big waste of time for Prograis and the other fighters that have taken part in it. By the time Prograis does fight next May, he’ll have been out of the ring for seven months. That’s not good obviously.

If the tournament goes to the completion and doesn’t get canceled, then it’ll be well worth it for Prograis to sit and wait all this time each time he has to fight in the tournament. If Prograis can win the tournament, he’ll emerge as the IBF/WBA unified light welterweight champion, and he can use that belt to go after the other title holders Jose Ramirez [WBC] and Maurice Hooker [WBO] in a unification fight. The winner of the tournament might want to consider moving up to welterweight to go after fights against the likes of Keith Thurman, Errol Spence Jr., Shawn Porter and Terence Crawford.

Unbeaten Scottish fighter Josh Taylor (14-0, 12 KOs) will be in the main event, challenging IBF light welterweight champion Ivan Baranchyk (19-0, 12 KOs). 2012 Olympian Taylor, 28, defeated a listless looking Ryan Martin (22-1, 12 KOs) by a 7th round knockout in their quarterfinal fight on November 3 last year in Glasgow, Scotland. The fight wasn’t as interesting as some boxing fans thought it would be, as ‘Blue Chip’ Martin, 25, looked like he was afraid to throw punches through of the fight. It was the oddest thing. Martin has the power and skills to let his hands go, but he just wouldn’t do it. Eventually the fight had to be stopped after Martin was slightly buzzed in the seventh. In hindsight, Martin didn’t have enough experience to be fighting in the WBSS tournament against a guy like Taylor.

In the other quarterfinal fight, Baranchyk, 25, defeated Anthony Yigit (21-1, 7 KOs) by a 7th round stoppage on October 27 at the Lakefront Arena, in New Orleans, Louisiana. The fight had to be stopped in round seven by the request of the ringside doctor due to Yigit’s left eye having swollen shut. It was a competitive fight. Although Yigit lacked punching power, he gave Baranchyk a really tough fight from start to finish. If Yigit had some power, it would have an interesting fight, and we might have seen an upset. With the victory, Baranchyk captured the vacant International Boxing Federation 140 lb title that had recently been vacated by Mikey Garcia, who didn’t want to stick around the division to defend the belt against the Russian fighter after having won the strap in his previous fight against Sergey Lipinets.

Prograis defeated former WBO lightweight champion Terry Flanagan (33-2, 13 KOs) by a 12 round unanimous decision in his quarterfinal fight last year on October 27 in New Orleans. The Prograis vs. Flanagan fight was more competitive than many fans thought it would be. Prograis looked like he fighting in 1st gear the entire match, and only rarely did he step on the gas to turn it up a notch. When Prograis did step up the pressure in the 8th, he dropped Flanagan, and had him close to being knocked out. Prograis didn’t go for the finisher though to get the KO. In rounds nine through twelve, Prograis fought like he was content to win a decision. He wasn’t stepping it up against Flanagan the way he needed to for him to get him out of there. It looked like Prograis was showboating a lot, and content to just win a decision. For his part, Relikh, 29, defeated former WBA light welterweight champion Eduard Troyanovsky (27-2, 24 KOs) by a close 12 round unanimous decision on October 7 in their quarterfinal fight in the World Boxing Super Series 140 lb tournament at the Arena, in Yokohama, Japan. The scores were 115-113, 115-113 and 115-113. It was not a good sign to see Relikh struggle so badly to defeat the 38-year-old Troyanovsky, who had been knocked out in the 1st round two years earlier by Julius Indongo in December 2016.

Josh Taylor vs. Ivan Baranchyk by far is the best of the two light welterweight semifinal fights. With that fight, there’s some intrigue at to who will win. Baranchyk has a lot of punching power, and he’s young at 25. Unlike Ryan Martin, Baranchyk isn’t hesitant to let his hands go. There’s a chance that Taylor could lose the fight if Barancyk puts it on him, but he’s going to need to do something very special for him to win a decision. The scoring in Taylor’s fight against former WBC light welterweight champion Viktor Postol last June really raised some eyebrows. The fight, which took place in Taylor’s hometown of Glasgow, Scotland, appeared to be a very close one where Josh just barely squeaked out a win over the 34-year-old Postol (30-2, 12 KOs). However, the judges surprised the boxing fans by scoring it wide in Taylor’s favor by the scores 117-110, 118-110 and 119-108. Baranchyk might need to really thrash Taylor for him to be given a decision over him. It would be in Baranchyk’s best interest to take the judges out of play entirely by knocking Taylor out so that there’s no way that the fight can be scored. You always hope that the judges will do a good job of scoring a fight, but with the way the Taylor-Postol fight ended with scores turned in by the three judges working the fight, it would be wise for Baranchyk to make sure he doesn’t suffer a similar fate by allowing the judges put their spin on the outcome.


« Terence Crawford vs Amir Khan to be announced this Tues, Jan.15