By Mike Smith: Errol Spence Jr. crashed an interview of WBA Super World welterweight champion Keith ‘One Time’ Thurman last Saturday night after hearing the Florida native refer to him as a “false prophet”. Spence (24-0, 21 KOs), who holds the IBF 147 pound title, took issue with that label, telling the startled looking Thurman that he’s got to prove that he’s a false prophet. Spence then added that he expects Thurman to get injured again, and then retire. Spence pointed out that as soon as Thurman won his WBC title, he got injured.

Without having fought once in the last two years due to injuries, Thurman (28-0, 22 KOs) says he’s not going to mix it up with Spence until 2020. After hearing this, many boxing fans have concluded that Thurman is hoping that Spence moves up in weight to 154 by the 2020 rolls around.

If Spence is still at 147, he may be having problems making the weight by then. That would give Thurman a better chance of beating him.

“If he has what it takes to take this title away from me, then God bless that man, whoever that man may be,” Thurman said to The Ring Digital. “I know a lot of people think it’s Errol Spence. He calls himself, ‘The Truth,’ but if you were raised like I was raised in a biblical household, you know there’s a lot of false prophets,” Thurman said.

At this point in the interview, Spence suddenly appeared, and confronted a startled looking Thurman, who immediately softened his tone, and began to make nice. Thurman’s whole disposition changed in an instant when Spence confronted him. At one moment, Thurman was bragging about himself, and belittling Spence, and the next instance he was seemingly pouring on the love for his opponent, dodging a confrontation from ‘The Truth.’

Spence: “If I’m a false prophet, you’ve got to prove it. As soon I won the title, you got injured.”

Thurman: “Hey, I’m the truth seeker, baby. I seek out ‘The Truth.’ Like I don’t want more money in my bank account.”

What Spence says about Thurman likely suffering another injury again in the near future makes a lot of sense. Thurman has been having injury problems since 2014. He had a shoulder problem before his fight with Leonard Bundu in December 2014. In 2016, Thurman was in an automobile accident in 2016 that caused him to postpone his fight with Shawn Porter until June 2016. In 2017, Thurman injured his elbow before his fight with Danny Garcia.

Thurman fought with the injury, but afterwards he needed surgery. While slowly coming back from the surgery, Thurman suffered a bone bruise on his left hand. That injury coupled with his slow healing of his elbow kept Thurman out of the ring for 2018. During that time, Thurman vacated his World Boxing Council title. It’s believed boxing fans that Thurman was going to be stripped of his WBC title by the sanctioning body.

The WBA has allowed Thurman hold onto his title despite his lengthy time out of the ring. Just how much longer the WBA will allow Thurman to hold onto their title without fighting is a good question. If Thurman suffers an injury while training for his January 26 title defense against Lopez, he could be out of the ring for even longer. Will the WBA let Thurman hold onto their title indefinitely or will they finally strip him and let other fighters without injury problems fight for their belt?

“I’m looking forward to get back into the ring, and showing everybody I’m ready to compete again, and get the dust off, and then eventually get my belt back, and reestablish my position. I’ll then have bigger and bigger fights,” Thurman said The Ring Digital.

Thurman never actually did establish his position as the best fighter in the welterweight division. Thurman’s best wins of his career were narrow victories over Shawn Porter and Danny Garcia. Those guys aren’t considered to be as good as Spence in the eyes of a lot of boxing fans. Before Thurman disappeared for 2 years with injury problems, he only had proven that he’s better than Porter, Garcia, Luis Collazo and Robert Guerrero. Those are Thurman’s best wins of his 11-year pro career.

“Who said I don’t want it?” a very testy sounding Thurman said in response to a remark made about him not wanting to fight Errol Spence. “The moments not now. It’s not today, and it’s not tomorrow. It doesn’t mean it’s not fight that’s not going to happen. Like I said on stage; I’m not Floyd Mayweather. Floyd Mayweather never fought Keith Thurman. How many reporters talked about that,” Thurman said.

If Thurman was so upset about Floyd Mayweather Jr. never giving him a fight, then why isn’t he setting the example of what a champion should do by facing Spence? It looks to a lot of boxing fans like Thurman is following Mayweather’s lead by not facing a dangerous opponent that could beat him.

Thurman looked like he got angry when the interviewer pointed out that he’s been dodging the Spence fight. She was only pointing out what many boxing fans already believe about Thurman. He didn’t seem to handle it well though, as he clearly got irritated at the interviewer. Thurman didn’t appear to regain his composure for a couple of minutes. It looked bad. Thurman clearly didn’t like being called out for him seemingly avoiding Spence. The interviewer was merely the messenger, and Thurman unloaded on her instead of the boxing public, who are the ones that are saying that he’s ducking the Spence fight. The fans think Thurman is happy with his life outside of the ring, and no longer the hungry fighter that he used to be. They see pictures of Thurman sitting cross-legged on the ground, playing a flute, and not looking like a guy that is focused on his boxing career. Obviously, Thurman has outside of the ring interests, like reading books and what not, but fans wonder if those things are taking away his focus on his career.

“What people fail to understand what it takes to be a world class fighter, to be in the life of a world class fighter,” Thurman said in a lecture-like tone of voice. “My original motto was, ‘I have an O and I’m not afraid to let it go.’ If you can beat me, beat me. I’m a competitor and I have pride at being a champion, and I want to stay a champion.”

It’s hard to know why Thurman is still the WBA champion after two years of inactivity. It’s unclear why the sanctioning body hasn’t stripped Thurman of his title for being inactive. It would be interesting to know what the record is for a sanctioning body to let a world champion sit inactive before finally stripping him of his title. Two years without making a title defense a long time for a champion to hold a belt.

There’s not a lot of interest from fans in Thurman’s next title defense against Josesito Lopez. The perception a lot of boxing fans have of Thurman is he’s milking his WBA title by facing Lopez, a fighter that has lost each time he’s stepped up a level in the last seven years. Lopez has been beaten by Andre Berto, Saul Canelo Alvarez, Marcos Maidana and Jessie Vargas. To earn his title shot against Thurman, Lopez has beaten the following little known fighters:

Those are not the level of opposition that you’d like to see from a contender before he’s picked out to fight for a world title. If Thurman doesn’t want to be perceived as milking his WBA title, he should have selected someone a lot better than Josesito Lopez. At the very least, Thurman should have picked Kerman Lejarraga, Egidijus Kavaliauskas or Jamal James for his title defense on January 26 rather than Lopez, who is more of a journeyman level fighter at this point than a true contender.

“Obviously, Josesito Lopez is going to be happy to be fighting for a world title, and he’s going to bring his best foot forward,” Thurman said. “I just want to show the world Keith Thurman is back, and I’m going to present my skills to Josesito Lopez, and show him what a real champion looks like, and what it feels like to be punched by Keith Thurman,” said Thurman.

There’s not much of an upside for Thurman in facing Lopez. Even if Thurman knocks Lopez out, he would only be doing what many fighters have done before. Lopez was stopped in the 6th round by Berto in his last true fight against a world class level fighter in 2015. Since that fight, Lopez has been fighting soft opposition in record-padding fights. 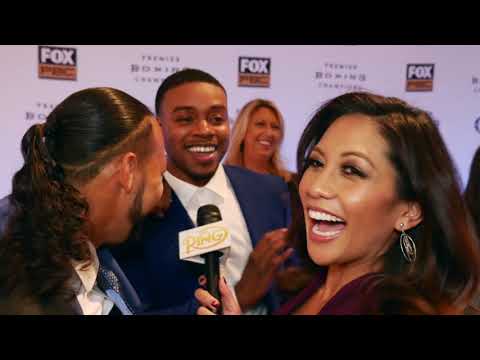 
« Hearn eager for Canelo vs. Jacobs negotiations to start