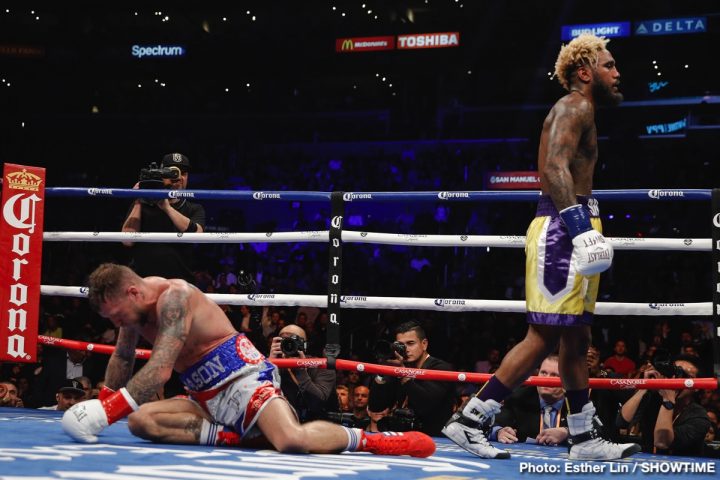 By Allan Fox: IBF/WBA junior middleweight champion Jarrett Hurd )23-0, 16 KOs) took his time tonight in defeating #11 IBF Jason Welborn (24-7, 7 KOs) by a 4th round knockout at the Staples Center in Los Angeles, California. Looking huge after rehydrating from 152 lbs overnight to 172 lbs, Hurd dropped Welborn with a hard body shot in the 4th. Although Welborn made it back to his feet to beat the count, referee Lou Moret halted it anyway.

In the 4th, Welborn came out fast out of the blocks, hitting Hurd with hard shots to the head and body in backing him against the ropes. At one point, it looked like Welborn had Hurd in trouble after nailing him with a big punch to the head. Welborn was unloading on Hurd with everything but the kitchen sink. However, Hurd got off the ropes into the center of the ring, and was fighting all out at that point, throwing massive shots for keeps. This was the Hurd that we’d seen in his fights against Erislandy Lara, Tony Harrison and Austin Trout. Once Hurd went into his brawling mode, he quickly hurt Welborn with a body shot that dropped him to the canvas. Welborn stayed down too ong, and and barely beat the count. However, the referee Lou Moret halted the fight due to Welborn taking too long getting up.

The time of the stoppage was at 1:56 of round 4. It was a strange fight to watch, as Hurd looked vulnerable throughout the fight, and was clearly being worked over by the unheralded Welborn. This was supposed to be a mismatch, but Welborn looked like he was ahead at the time of the stoppage. Boxing News 24 had Welborn winning two of the first three rounds going into the fourth. If it was Hurd’s plan all along to let Welborn win rounds, then he did a bang up job. This was Hurd’s first fight following shoulder surgery last April following his 12 round split decision win over WBA super World junior middleweight champion Erislandy Lara.

Welborn worked Hurd over in rounds 1 and 3. Welborn landed some nice shots, and was working Hurd over on the ropes. Welborn appeared to hurt Hurd in the 3rd and early in the 4th.

The fight might have ended differently if Hurd had been facing a bigger puncher than Welborn. That was clearly what saved Hurd tonight. He didn’t have to deal with a guy that had any real power. Hurd is going to need to fight a lot better if he hopes to defeat unbeaten WBC junior middleweight champion Jermell Charlo. That’s the guy that Hurd wants to fight, but it’s unclear if he’s going to be ready for a fighter like that. Hurd will need to start out a lot faster against Charlo than he did against Welborn. Charlo is a lot more explosive with speed, power and he’s great at setting up traps for his opponents. Charlo will be fighting this month against former Hurd knockout victim Tony Harrison on December 22. 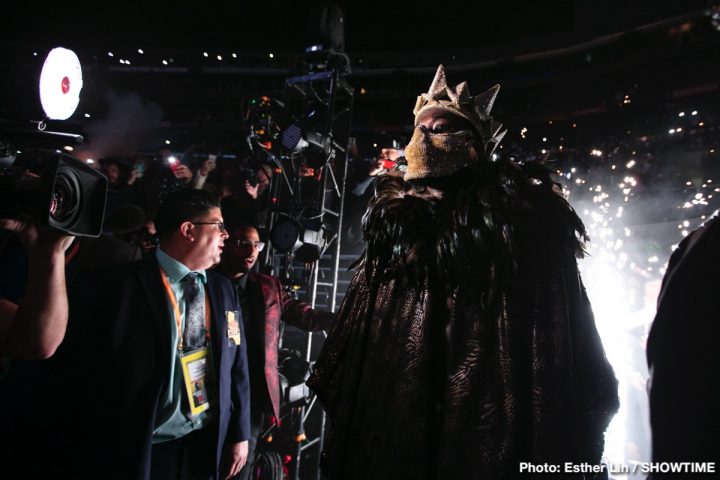 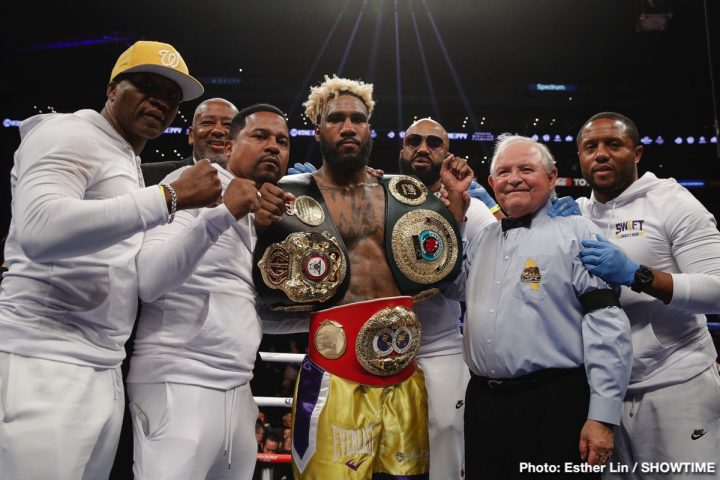 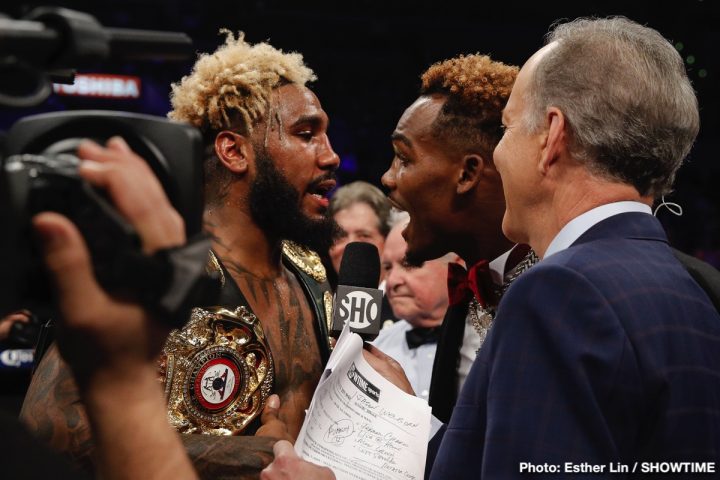 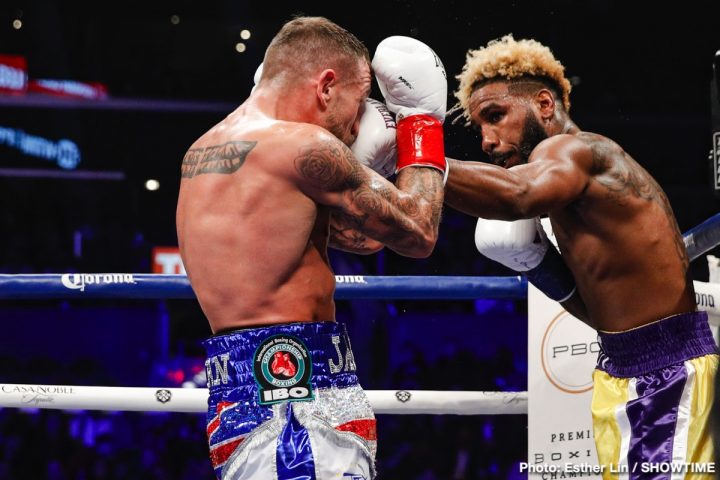 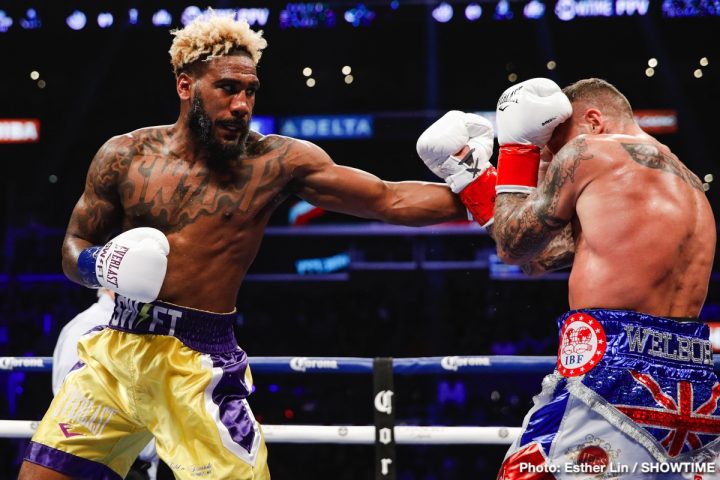 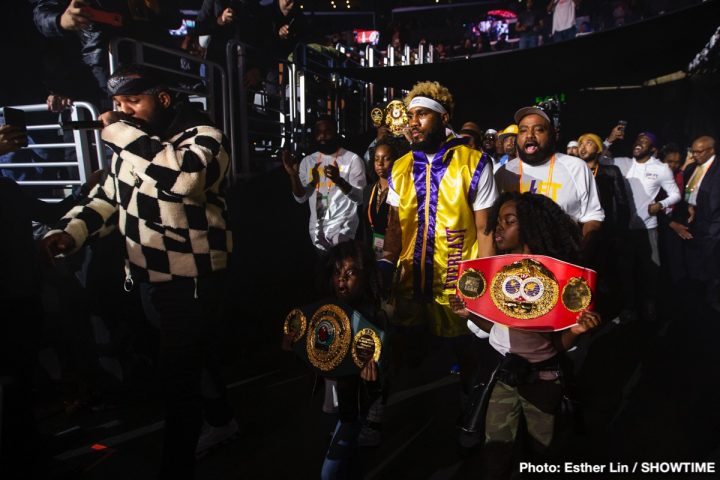