By Scott Gilfoid: Josh Taylor (14-0, 12 KOs) badly hurt his opponent Ryan Martin (22-1, 12 KOs) with what appeared to be a hard punch to the back of the head that knocked him senseless in their fight in the quarterfinal of the World Boxing Super Series bantamweight tournament at the SSE Hydro in Glasgow, Scotland. Taylor says he didn’t intentionally hit Martin to the back of his head. However, the question is why didn’t the referee stop the action, deduct a point from Taylor and give Martin a five minute recover period?

A lot of boxing fans are saying on social media today that Taylor cheated to get the win over Martin by hitting him with a rabbit shot [punch to the back of the head] in order to beat him. At the time of the foul, Martin was starting to land more shots, and they were the heavy variety. You could tell that Taylor was frustrated, angry and helpless to do anything to hurt the younger fighter Martin. Previous to the fouling by Taylor, Martin hadn’t been throwing punches in the first five rounds. In the 6th, Martin started to land big punches that got Taylor’s attention, and it looked like he was losing his cool. Martin continued land hard punches in the 7th round moments before getting hit to the back of his head by Taylor. 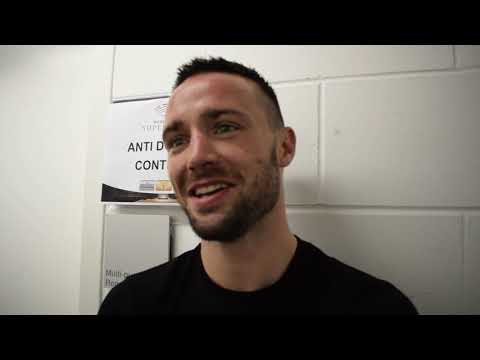 The stoppage was a terrible one in the eyes of the boxing fans. It was too quick, and it was done after Martin had been hit in the back of the head by Taylor. It looked bad all away around. It’s unclear what the referee Victor Loughlin was thinking when he stopped the fight. The way the fight ended, it left a murky cloud over the results of the Taylor-Martin fight, making some boxing fans wonder why on earth the referee would stop the fight after a fighter was hurt with a rabbit punch moments before.

Taylor, 27, maintains that the rabbit punch he landed that hurt Martin in the 7th was a punch that hit him on the side of his head behind his earlobe. On replay, it appeared to be behind the ear lob on the actual of Martin’s head. Yeah, the punch was behind the earlobe, but it looked five inches behind it in the back of the head.

Martin, 26, hit the deck moments after being clouted to the back of his head by Taylor. The referee Victor Loughlin stood and watched and did nothing about the foul. The question is did Loughlin not see the rabbit punch from Taylor or did he see the shot as an inconsequential thing? Clearly the punch badly hurt Martin, as he was stopped immediately after.

“It was to the side of the head and not to the back, but it wasn’t intentional,” Taylor said to IFL TV about his rabbit punch that he hurt Martin with in the 7th round. ”I hit him to the back of the [ear] lobe, and his legs went, and I went for the finish.”

The referee jumped in quickly after Martin was knocked down. Initially, it looked like the referee was going to step in and waive off the knockdown due to Taylor’s shot to back of Martin’s head, but shockingly, he chose to stop the contest. Needless to say, the decision of the referee Victor Loughlin to waive off the fight wasn’t a popular one, because he never gave Martin a chance to recover from the rabbit punch he’d been hurt with. 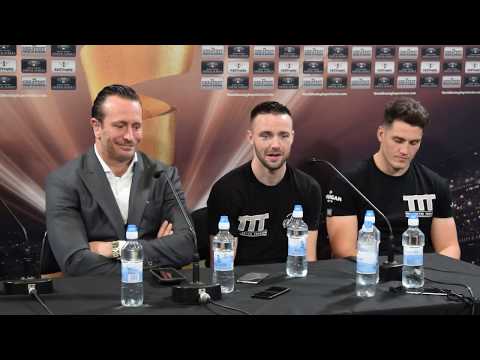 In a perfect world, the referee would have immediately stopped the action in the 7th round after Taylor nailed Martin with a rabbit punches, and penalized the Scottish fighter one point for the illegal punch. At the same time, the referee should have given the visiting fighter Martin a full five minutes to recover from the punch to the back of the head. After all, when a fighter is fouled the way Martin was, he’s supposed to be given time to recover. The referee isn’t supposed to step in and give the fighter that landed the illegal punch credit for a knockout victory. If boxing is allowed to be fought in that manner, then fighters can just focus on landing rabbit shots and low blows, and wait for their opponents to hit the deck to get an easy win. The job of the referee is to make sure the fight is fought under the Marquess of Queensberry Rules.

“If the referee had let the fight go on, I would have hurt him,” Taylor said. 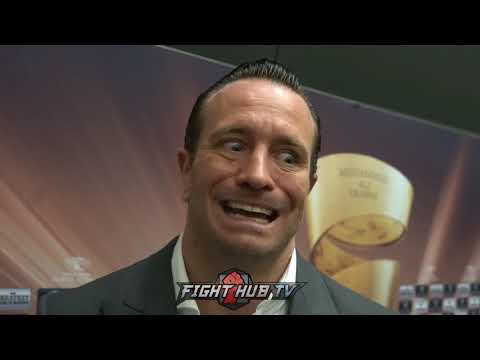 With the condition that Martin was in after receiving a punch to the back of his head, he probably would have been hurt if the referee had allowed the action to continue in the 7th after Martin was knocked down. The thing of it is, Martin would have likely been fine if the referee had given him five minutes to recover from the rabbit shot that Taylor hit him with. By the same token, if the referee had taken a point away from Taylor for his rabbit shot and given Martin a five minute recovery time from the punch to the back of the head, then we’re talking about a completely different fight. Of course, we’ll never know how the Taylor-Martin fight would have turned out if the referee had given Martin five minutes to recover from the rabbit punch. Obviously, you’d like to see the referee make the right call when a fighter is fouled the way Martin appeared to be from the rabbit shot Taylor hit him with in the 7th. If referees just stand by and fail to do anything when a fighter is fouled, then what’s the point of having a third man in the ring in the first place? You might as well get rid of the referee and have the third man be a camera man inside the ring.

Unfortunately for Taylor, his win over Martin was tainted fully by his rabbit punch that he hurt him with in the 7th.

“I was never in second gear and I felt I could have put the foot to the peddle at any time,” Taylor said afterwards in appearing to gloat about his win. “I felt like there was no need. I was just boxing him. I was doing anything I wanted and pleased. I felt great,” Taylor said.

Taylor was able to dominate because Martin wasn’t throwing punches until the 6th round. The moment looked to be too big for the Scottish fighter. But when Martin did start unloading punches on Taylor, the fight ended quickly with a rabbit punch being landed and the referee quickly stepping in to stop the fight without waiting for Martin to get up and be given a recovery period for the foul. 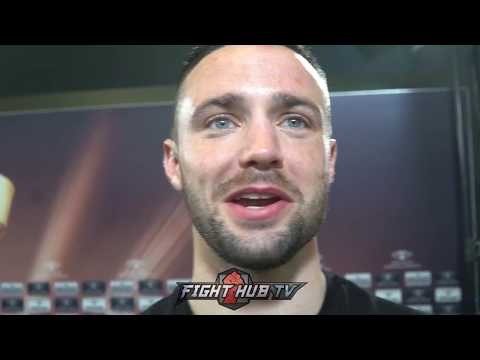