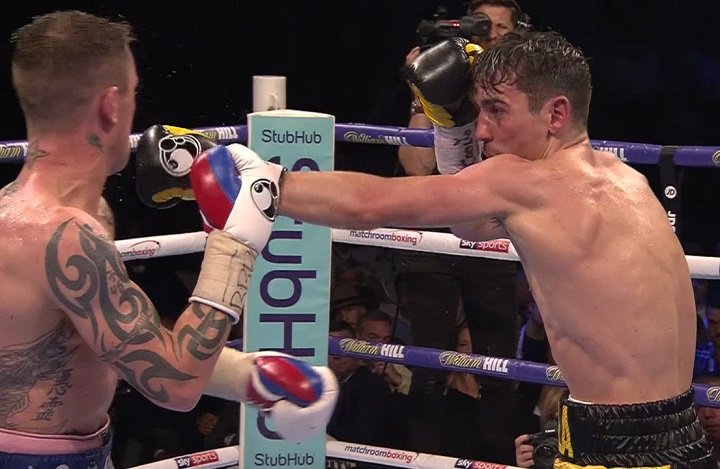 By Trevor McIntyre: Anthony Crolla earned the right to challenge WBA lightweight champion Vasiliy Lomchenko by beating Daud Yordan by a 12 unanimous decision in a World Boxing Association world title eliminator on November 10 in Manchester, England. However, the fans don’t like seeing the 32-year-old Crolla getting a quick title shot against Lomachenko (11-1, 9 KOs), as it was only last year that he lost his second consecutive fight to Jorge Linares.

Crolla could be Lomachenko’s next opponent if he beats Jose Pedraza (25-1, 12 KOs) on December 8 at Madison Square Garden in New York. Lomachenko will likely win that fight. That puts Crolla likely next for Lomachenko.

It’s not a problem of Crolla seeming like an undeserving fighter to be facing the pound-for-pound king Lomachenko. It’s also an issue of Crolla not being considered good enough to be fighting the 2-time Olympic gold medalist from Ukraine. The boxing public wants to see Lomachenko fight opposition that at least has a remote chance of beating him. Crolla isn’t considered near good enough to present any problems for the 30-year-old Lomachenko.

“People have their opinions on social media and stuff like that,” Crolla said to skysports.com. “It doesn’t bother me whatsoever, but everyone is entitled to their opinion.”

On the face of it, Crolla has earned the WBA mandatory spot after beating Ricky Burns and defeating Daud Yordan in a WBA 135 lb title eliminator match. Crolla put himself in postion to fight for a world title against Lomachenko with a nice victory over Yordan earlier this month on November 10. It wasn’t an easy fight for Crolla by any stretch of the imagination, but he won it. The fight looked a lot closer than the scores handed down by the judges but what can you expect when a fighter is at home.

Crolla would have be viewed as a big step down for Lomachenko from his two previous fights against Jorge Linares and Guillermo Rigondeaux. Those guys came into their fights with Lomachenko as being considered as being competitive opponents. Crolla wouldn’t be seen as having much of any chance against Lomachenko. It’s not a matter of whether Lomachenko would beat Crolla. It would be a matter of how many rounds would it take before Crolla quit like so many other former opponents of Lomachenko. He makes them quit by embarrassing them. Crolla figures to be no different. Lomchenko could find worse opponents than Crolla, of course, and the boxing world would be on his case just like they will when they face him. There’s a bar in terms of the opposition that the fans expect Lomachenko to be fighting, and Crolla comes well below that bar.

“With those people who have got this opinion how I would get smashed in a round or two, for the sake of them, do I say ‘You know what, I’ll give up my mandatory and I’ll just hope that he vacates,'” Crolla said.

The way that Crolla’s high powered promoter Eddie Hearn was able to get him a title shot so quickly against Lomachenko after he lost twice against Linares, it doesn’t sit right with a lot of boxing fans. If you look at all the contenders that have been waiting for a title shot against Lomachenko and not getting it. It looks bad that Crolla is getting a title shot so quickly without the other guys, who have been waiting in line for their chance, getting passed over. The fans don’t want to see boxing coming down to a situation where mostly the high powered promoters are able to ramrod their fighters into position for title shots over and over again. It’s going to look bad if Crolla ends up getting numerous shots at world titles in the next five years while other fighters are ignored.