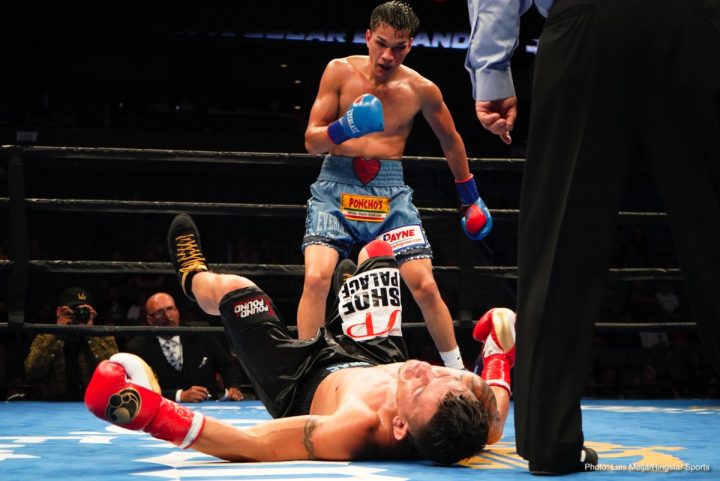 The 21-year-old Figueroa, the younger brother of former world lightweight champion Omar Figueroa, flattened Escandon with an uppercut in round 10. Before Figueroa landed that shot, it looked as if the old veteran Escandon was going to be able to go the distance. 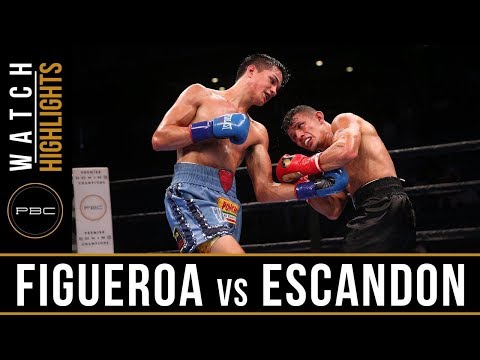 The big shot from Figueroa changed everything, however. The official stoppage was at 1:41 of round 10. Figueroa looked like a smaller version of his other Omar with the way that he attacked Escandon in a relentless manner the entire fight, forcing him to fight harder than he wanted to. By the 10th round, Escandon looked exhausted and was at the mercy of Figueroa’s big shots. You’ve got to give Esandon credit for lasting as long as he did.

Figueroa vs. Escandon was the main event on Premier Boxing Champions on FS1 and Fox Deportes. The original main event was supposed to be Victor Ortiz vs. John Molina Jr. That fight was canceled after Ortiz was arrested recently and charged with sexual assault.

Heavyweight prospect Joe Joyce (6-0, 6 KOs) looked good in knocking the always tough Iago Kiladze (26-4, 18 KOs) down three times before knocking him out in round 5. Joyce caught Kiladze up against the ropes and landed a five-punch flurry to the head that put him down. The referee stopped the fight. Kiladze looked like he wanted to get up, but he was in no position to do so.

The fight marks the first occasion that the 33-year-old Joyce has fought in the U.S and with new trainer Abel Sanchez. The 216 Olympic silver medalist Joyce did a good job. Kiladze was knocked down in round 2 from a culmination of blows from Joyce. Kiladze got up and fought back hard, landing shots and showing no fear of Joyce.

It wasn’t the smartest thing for Kiladze to do, as he didn’t have the power or the size to stand up to Joyce. Kiladze didn’t have much choice though, as he lacked the mobility to get away from him. In the third round, Joyce knocked Kiladze down with a body shot. Finally in the 5th, Joyce finished Kiladze off when he stood against the ropes and tried to punch with him. Joyce teed off on the stationary Kiladze until he dropped to the canvas. 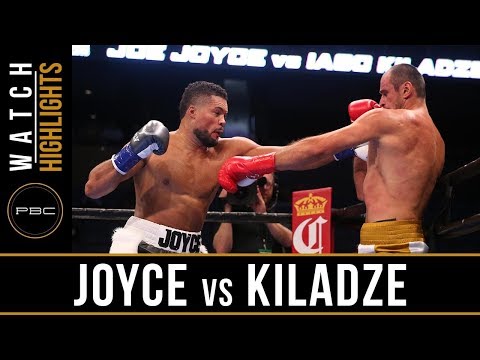 Joyce’s performance was one of the best on the card. It wasn’t the overall best, but it was still impressive to see the big 6’6″ Joyce win such a dominating performance.

2016 heavyweight Olympian Efe Ajagba (7-0, 6 KOs) took out Nick Jones (7-1, 5 KOs) by a 1st round knockout. The towering 6’5″ Ajagba knocked Jones down with a right hand late in the round. Jones was too hurt to get up. The fight was stopped at 2:25 of round 1. Ajagba is a fighter to keep an eye on, as he’s got the size and power to go far in the division. At only 24, Ajagba is going to keep improving and he could be a threat to the top fighters in the division soon. 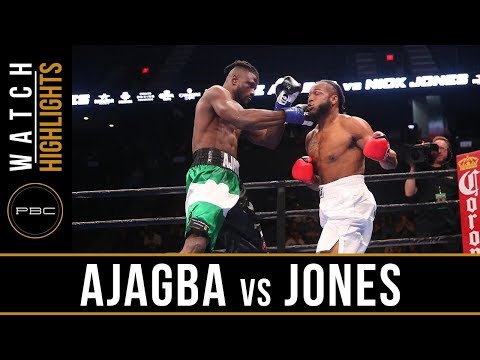 “I want anyone that my management will put in front of me. I am ready. I prepared for six rounds and I can’t wait to get back in the ring,” Ajagba said. 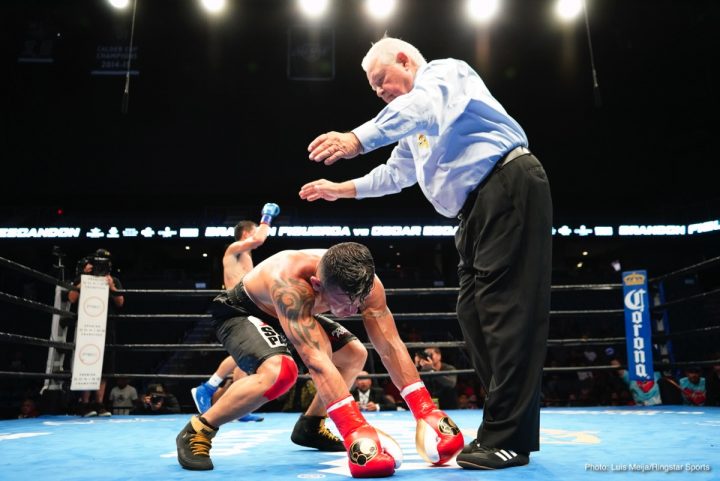 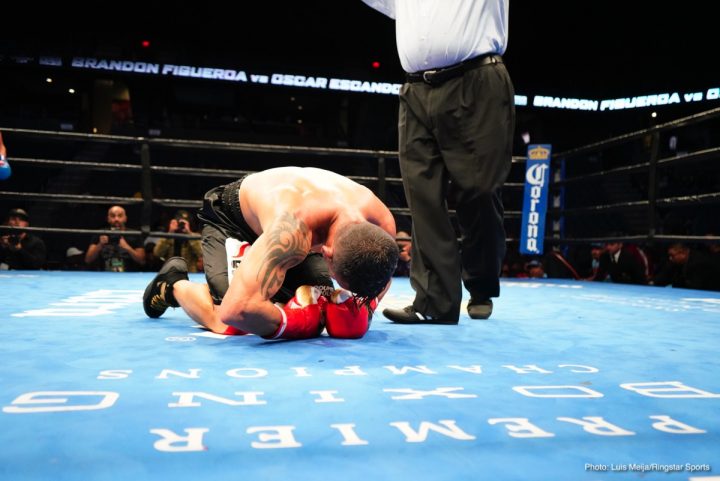 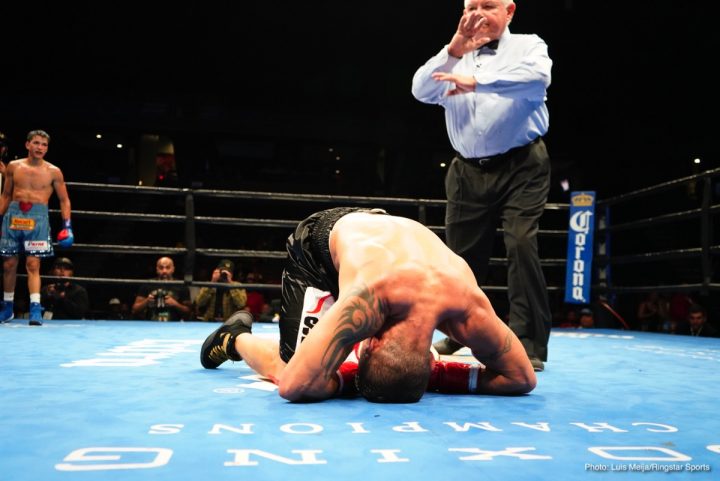 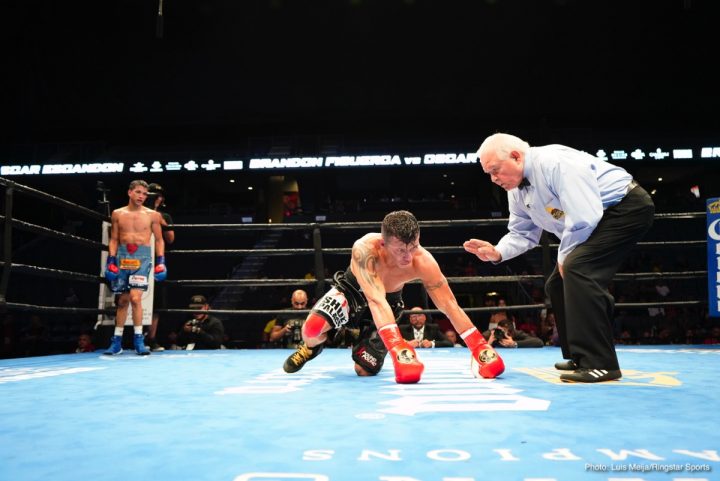 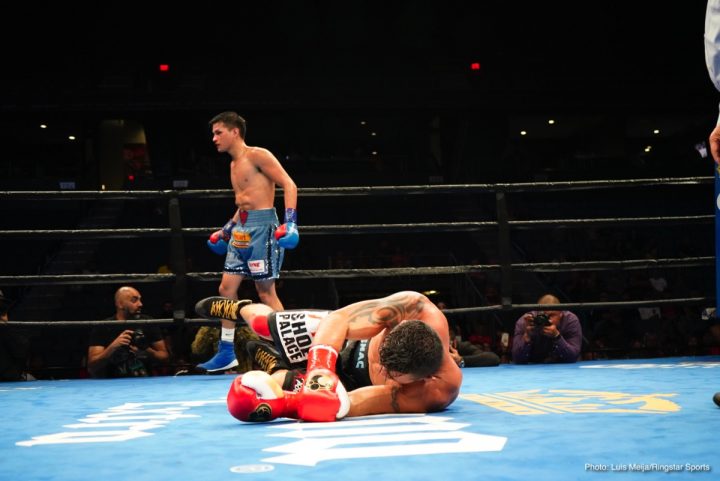 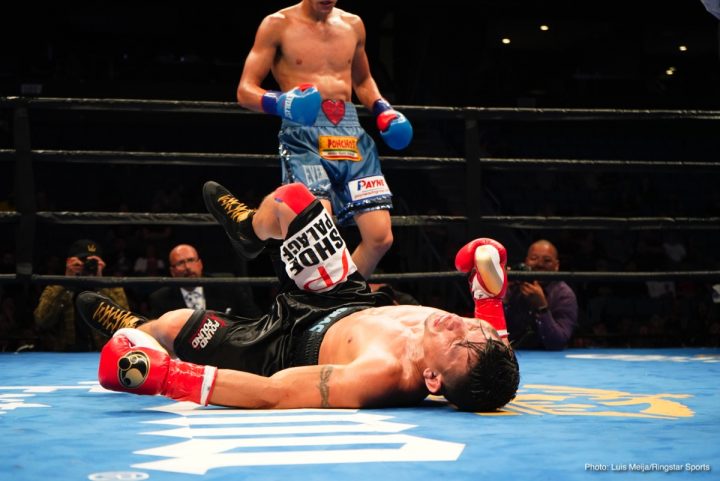