Canelo not worried about moving to unproven DAZN 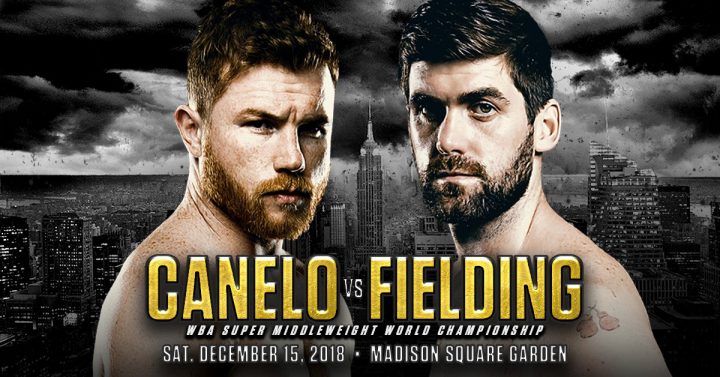 By Dan Ambrose: Saul Canelo Alvarez has no worries about whether his signing with DAZN will workout for him despite this being an unproven platform in the United States. Canelo, 28, is betting that it will be successful, as he signed a 5-year, $365 million, 11-fight deal on Wednesday morning.

That contract will keep WBA/WBC middleweight champion Canelo (50-1-2, 34 KOs) until 2023. If this doesn’t result in DAZN bring in millions of subscribers to it’s platform, it’ll be a disaster for them.

DAZN just recently got into the boxing business in September, signing an expensive $1 billion, 8-year deal with Matchroom Boxing USA promoter Eddie Hearn to have his fighter’s compete on the platform. The only problem with that move is Hearn has only a small handful of fighters in his Matchroom stable that U.S fans are familiar with. As a result, Hearn is trying hard to sign U.S fighters, but having very little luck in doing so. He recently signed Oleksandr Usyk, Demetrius Andrade and Artur Beterbiev, but not none of them are huge attractions in the U.S. As such, DAZN has received criticism for spending so much money in putting a deal with a promoter, Matchroom, who only has a skeleton stable of fighters the boxing fans are familiar with in the United States. What this means is that the American fans might not flock to pay the $10 monthly subscription cost for them to watch boxing fights on DAZN. If DAZN doesn’t raise the cost of their $10 monthly subscription rates now that they’ve signed a $365 million deal with Canelo Alvarez, the fans will get a better deal in signing with them than they would if they were to pay $80 to see Alvarez fight on pay-per-view for one of the other networks. For fans that would normally be paying $160 per year to see Canelo fight on HBO PPV, they’re only going to need to pay $120 per year to see him on DAZN. That’s if DAZN doesn’t make Canelo’s fights PPV on top of the $10 monthly subscription fee. It would be a rotten deal for boxing fans if they still need to pay $80 to see Canelo fight, and then also have to pay $10 per month for DAZN.

“Never. I was never worried because I’m very confident in myself,” Canelo said to ESPN.com about signing with an unproven platform in inking with DAZN. “I know how important I am to any platform I go to. I am very grateful to HBO and to Showtime for what they did for my career, but I am happy we’re moving forward and that I will be able to fight on a platform that is the future. I’ve always liked a challenge, and this is yet another challenger in my career.”

Well, Canelo might not realize it now, but for him to be successful with DAZN, he’s going to need to make major upgrades with the level of opposition that he faces. Golden Boy Promotions can’t stick him in with fighters like Rocky Fielding, Julio Cesar Chavez Jr. and Amir Khan, where the boxing fans wind up feeling ripped off afterwards. To bring in massive amount of subscribers on DAZN, Canelo needs to fight the best at all times, and not go looking for soft touches to pad his resume with fluff world titles, which you an argue he’s doing in moving up to super middleweight to challenge WBA ‘regular’ super middleweight champion Fielding (27-1, 15 KOs) on December 15 on DAZN at Madison Square Garden in New York. Canelo must face truly the best fighters, not guys that his promoters say are the best. Fielding is not the best.

If this 5-year deal doesn’t lead to Canelo bringing in a massive amount of subscribers for DAZN, it’ll be interesting to see if the company will keep him around for the full five years or if they’ll opt out of the deal after two or three years.

With the deal, Golden Boy Promotions will put on 10 big fights per year with DAZN. That could be a good thing depending on how many subscribers those fights bring in for DAZN. If only a small amount of boxing fans pay to see the fights, then Golden Boy Promotions fighters won’t receive a lot of attention by fighting on DAZN. That’s bad for their careers if they’re not seen by a lot of fans. The Golden Boy fighters that they would have fighting on DAZN in those 10-fight cards per year are as follows: Jorge Linares, David Lemieux, Diego De La Hoya, Vergil Ortiz Jr., Rey Vargas, Ryan Garcia and Joseph Diaz Jr. Out of that bunch, Ryan Garcia is arguably the biggest name, but not the most talented. He’s popular because of his personality, looks and social media following, but he hasn’t done anything as a pro that suggests that he’ll ever win a world title. DAZN will be fine having Ryan Garcia fight on their platform as long as Golden Boy Promotions doesn’t stick him in with someone too good.