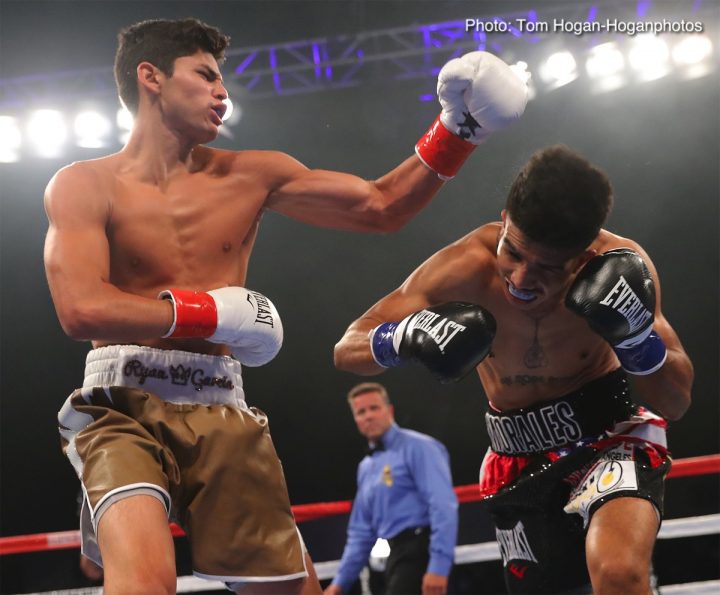 By Jim Dower: Undefeated lightweight Ryan ‘Kingry’ Garcia (16-0, 13 KO) struggled to defeat the tough Carlos Morales (17-3-3, 6 KOs) by an unimpressive 10 round majority decision on Saturday night on Facebook Watch Fantasy Springs Resort Casino in Indio, California. Garcia, 20, was wobbled badly twice in the fight in the 7th and 9th rounds.

The fans at ringside booed Garcia after the fight. It’s not surprising that Garcia was given the victory in the fight, as he was the A-side in the promotion. The 98-92 scores were embarrassing. Garcia didn’t appear to win, and those wide scores didn’t reflect what happened inside the ring tonight. Garcia was exposed by Morales.

Overall, this was not an impressive performance by Garcia. He showed a lot holes in his game that need to be fixed before he has a chance of ever beating any of the quality fighters at super featherweight or lightweight. Garcia was getting hit and hurt too much by Morales, who isn’t considered a huge puncher.

Morales appeared to win five rounds, and he looked like the better fighter of the two due to him hurting Garcia badly twice in the fight to where he was on rubbery legs. Garcia looked like he was having nose problems from the 2nd round. It’s unclear whether Morales injured Garcia’s nose. Something was causing him to twitch his nose and move his mouth like he was having problems.

With the fight on the line in the 10th, Garcia responded by landing several hard shots to win the round. Morales was attacking Garcia throughout the round, but he failed to land anything significant.

Garcia started showing signs of serious fatigue issues from the 3rd. Garcia was holding frequently and staring up at the clock to check how much time was left in the rounds. It was clear that Garcia was struggling with his stamina from the 3rd round until the end. That’s not a good sign obviously because Ryan’s promoters at Golden Boy Promotions were hoping to step him up against a better opponent in December, possibly on middleweight contender Saul Canelo Alvarez’s undercard. With the way that Garcia fought tonight, it would be a rotten idea for Garcia to be put in with a better opponent than Morales.

If anything, Golden Boy needs to setup a rematch between Garcia and Morles so that Kingry can show that tonight’s performance was just a fluke, and that he’s a better fighter than what we saw.

Garcia has been calling out WBA super featherweight champion Gervonta ‘Tank’ Davis, saying he wants to fight him and that he believes he would beat him. After tonight’s performance by Garcia, it wouldn’t be a good idea for him to fight Gervonta anytime soon, because he’s clearly not ready for that fight.

In other boxing results on tonight’s Garcia vs. Morales card: 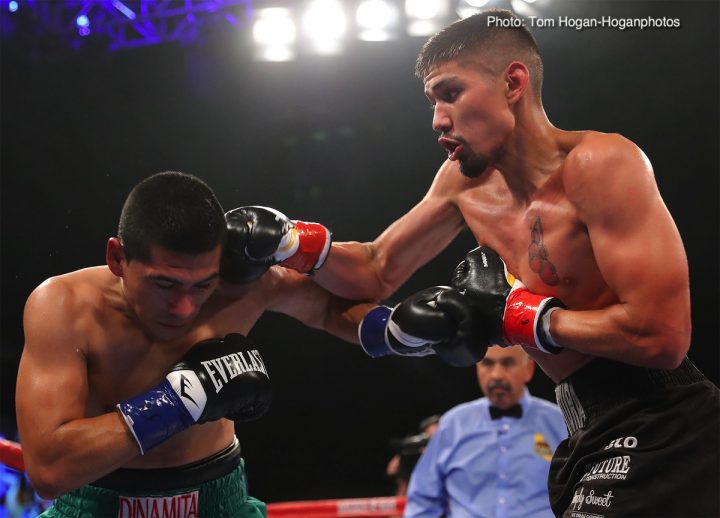 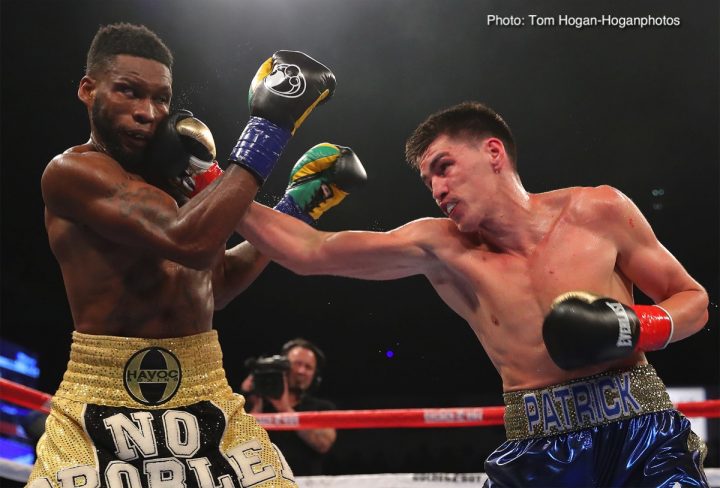 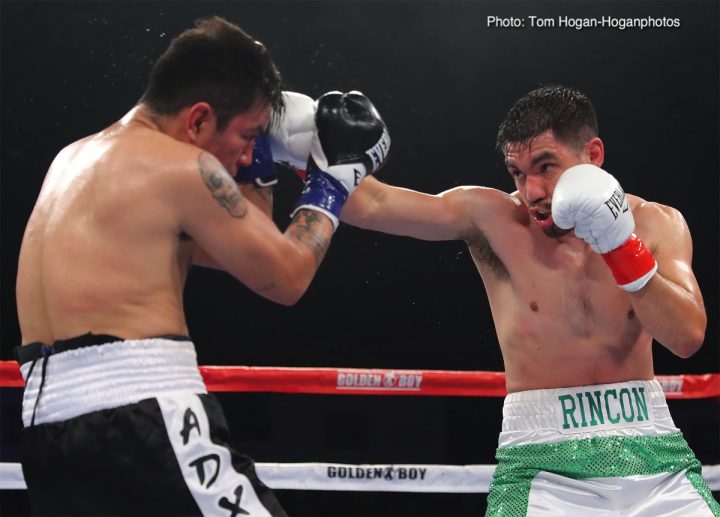 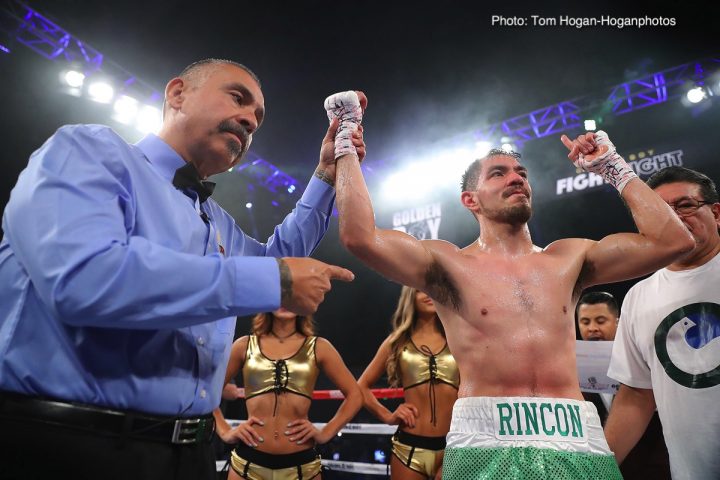 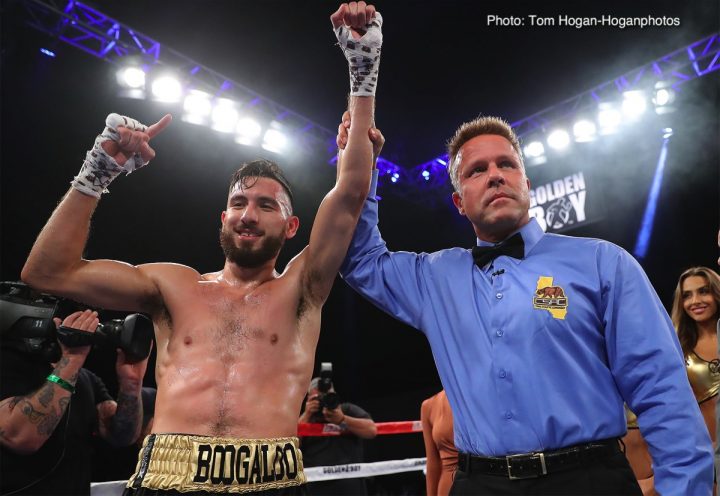 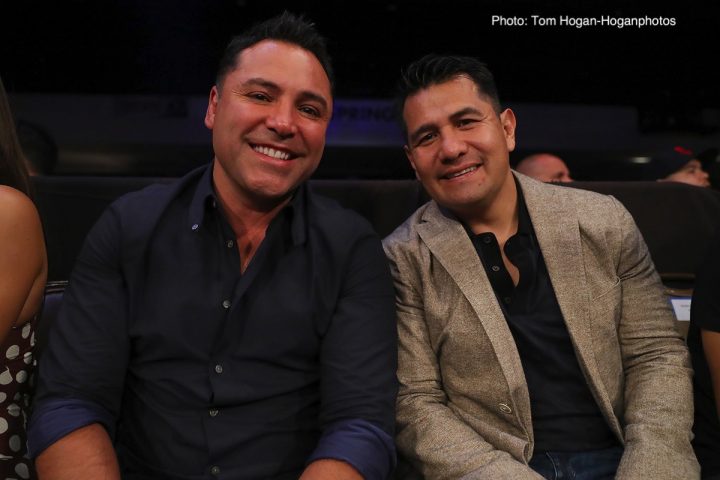 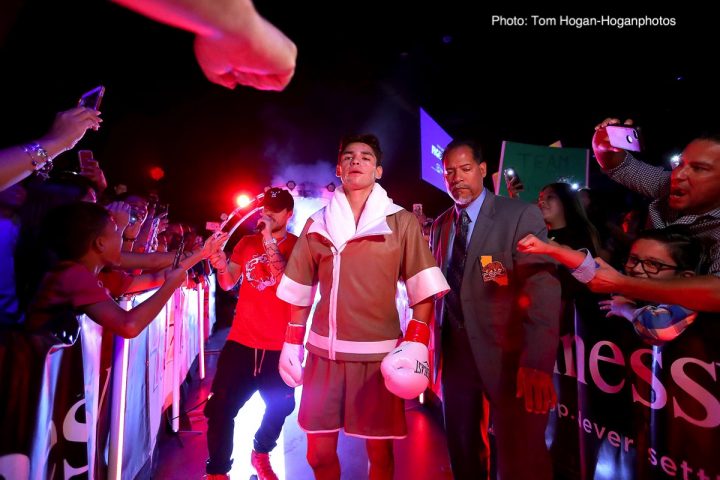 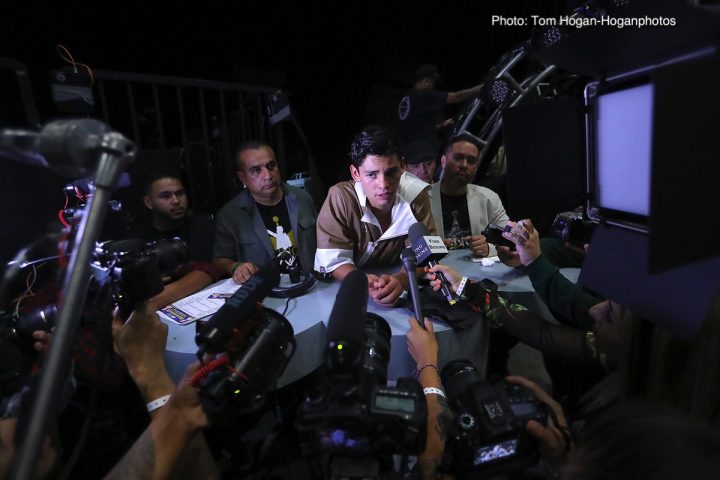 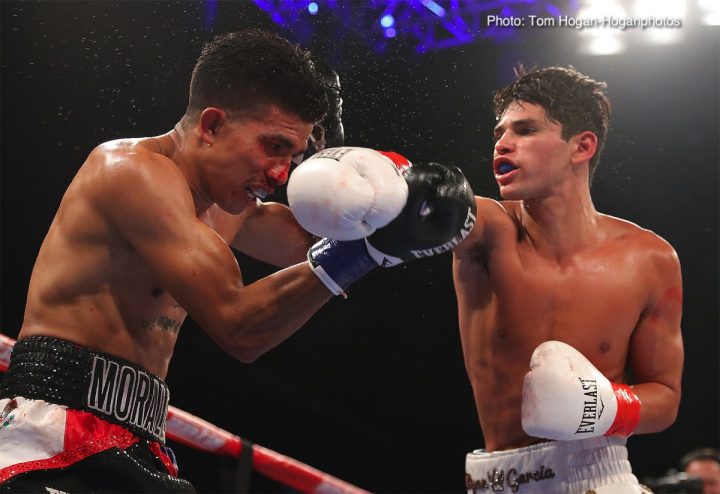 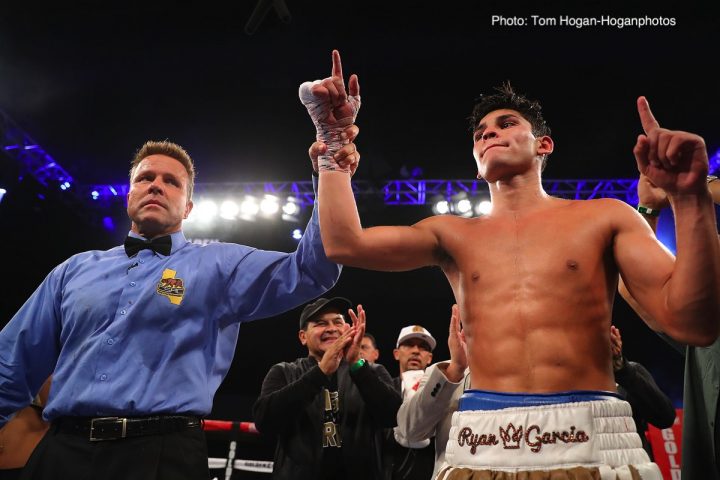