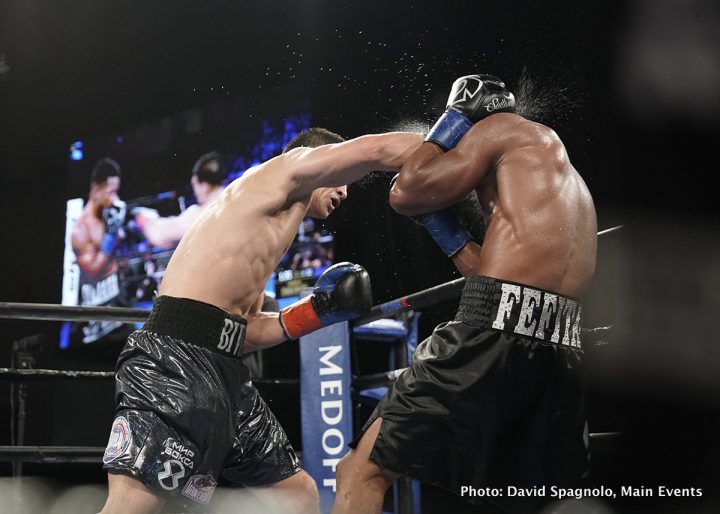 By Allan Fox: Sullivan Barrera has pulled out of his August 18 fight against Sean Monaghan due an eye injury. As of now, the 36-year-old former light heavyweight world title challenger Barrera (21-2, 14 KOs) could still wind up facing Monaghan depending how long it’ll take for his eye injury to heal. They had the option to find a replacement opponent Monaghan, but he’ll instead be waiting for Barrera to heal up so that they can still wind up facing each other.

A date will be announced as soon as Barrera’s eye is given the green light for him to return to the ring.

Barrera and Monaghan were supposed to face each other at the Sands Resort Casino in Bethlehem, Pennsylvania.

The former Cuban amateur star Barrera suffered the injury while sparring for the fight against the 36-year-old Monaghan. For the time being, the fight is postponed in order to give Barrera time to recover from his eye injury.

“We were all very excited about the Barrera-Monaghan bout appearing on this exciting new series,”” Main Events CEO Kathy Duva said. ”Unfortunately, injuries happen. If Sullivan is not ready to face Seanie in time to appear on the series, we will do everything in our power to deliver another exciting and entertaining event. We’re thankful to be working with Facebook and Golden Boy on a series that gives us the ability to be flexible.”

Despite Monaghan having an impressive 29-1 record, he’s still viewed by many boxing fans as merely a tune-up fight for Barrera. The reason for that is because of the poor level of opposition on Monaghan’s resume through most of his eight-year pro career. Monaghan has faced largely journeymen level opposition in putting together an impressive 29-1 record. When Monaghan did step it up against a good fighter in unbeaten 2012 U.S Olympian Marcus Browne in July of 2017, he was knocked out in two rounds in Uniondale, New York. It was a total blowout win for Browne, as Monaghan looked like a rank amateur. Monaghan’s best wins of his career have come against these fighters: Janne Forsman, Donovan George, Elvir Muriqi, Anthony Caputo Smith, Fulgencio Zuniga and Joe McGreedy.

When Barrera does return to the ring, he needs to keep busy in fighting as much as he can for him to get within range of another world title shot. Barrera isn’t someone that the world champions at 175 are going to pick out in a voluntary defense due to his toughness, durability, amateur experience and punching power. Barrera is a tough out for any of the champions in the light heavyweight division. They may beat him, but they’re going to know they were in a fight. Barrera is ranked #4 by the WBA and #13 by the World Boxing Council. With those rankings, Barrera’s best shot at another world title fight is with the WBA if he can start putting some wins under his belt. The bad news for Barrera is he would need to face WBA champion Dmitry Bivol again in a rematch in fighting for that title again. Barrera was totally dominated by Bivol. A better match-up for Barrera would be WBO champion Sergey Kovalev, IBF champ Artur Beterbiev or WBC champion Adonis Stevenson. Barrera’s strong chin and power would make him a threat to all of those fighters, especially Kovalev. Barrera would be a real live threat to Kovalev if he could somehow get a fight against him before he’s dethroned.