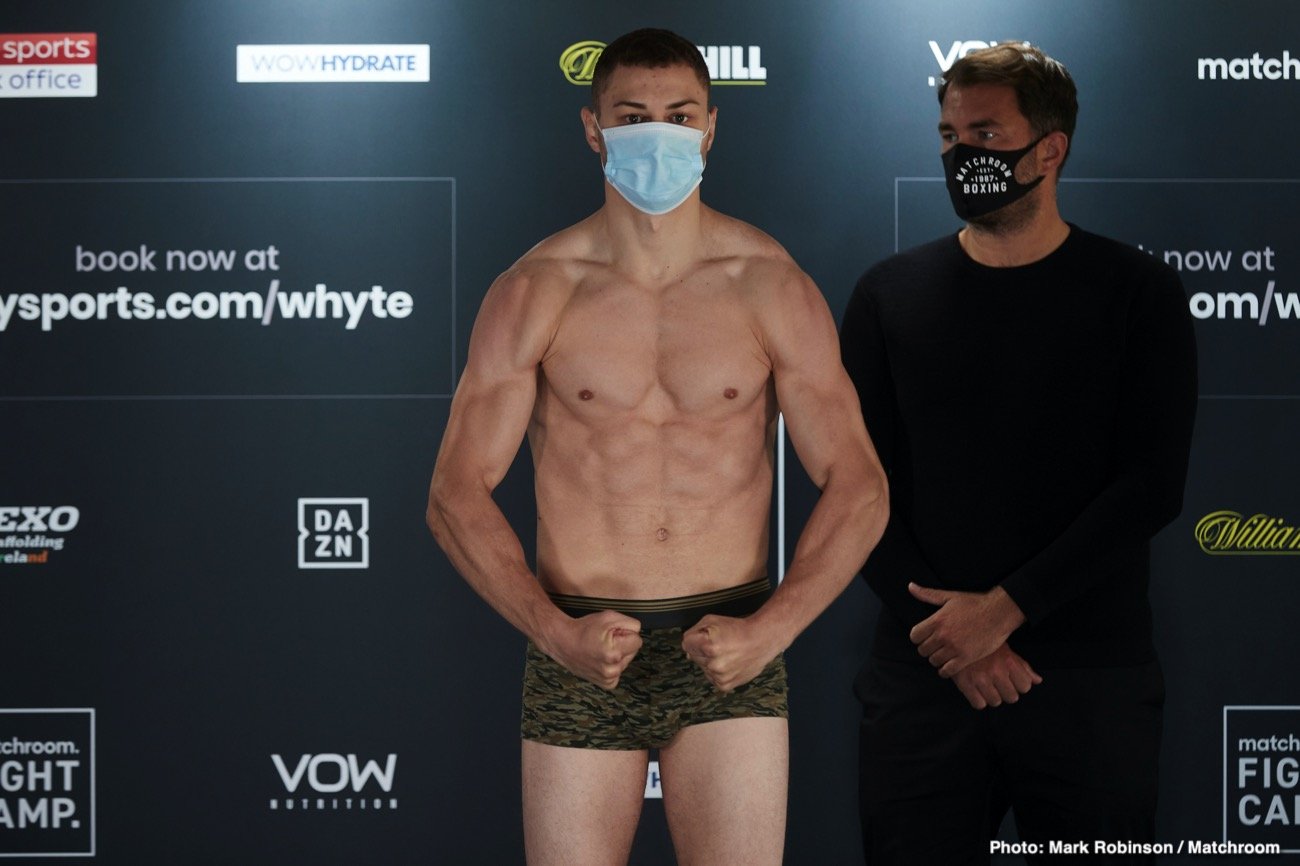 By Oliver McManus: Mild mannered and softly spoken, Zak Chelli doesn’t sound like you’d expect a fighter to do so but his pedigree is exceptional and his ambition huge so I gave him a ring and started off by asking how he got into boxing.

“My father used to be a professional boxer himself and I’ve been in the gym ever since I can remember, really, he won the Tunisian and Italian amateur titles and he had some good fights in the professionals and I guess I was always around boxing, born into it.”

Chelli himself was a prestigious amateur who represented England on several occasions, winning the Junior ABA’s and Three Nations tournament and it was the latter that he accredited with making him think he could turn pro, “After winning the Three Nations in 2015 and becoming GB that’s when I really thought I could make it but as kid I’ve always had the dream of being a world champion so I didn’t want to wait around in the amateurs.”

As with many fighters who have been around the game for so long – for Chelli he’s been in boxing since he was four – the pedigree and experience gained in the amateur ranks makes the transition to professional easier and for Chelli that was no different.

… the open door hasn’t been without frustration, however;

“Well I’m contracted for five fights a year so I’m not sure why I’ve not been out more frequently, I honestly don’t know, but he’s not put on that many shows I guess and I was meant to be out last month but my opponent pulled out at the last minute and apparently it’s hard to get people who want to fight me. I’m hoping to next be out in October, that should be confirmed in the following weeks but October 6th hopefully.”

And despite that frustration at not getting more opportunities to showcase his skills, Zak is still happy with his performances with his most impressive fight, he says, coming against Przemyslaw Binienda in March.

“I learned from Adam Jones, before him, and I used what I learned in that fight and put it into action against this guy and it all seemed to click, it was really pleasing, a great experience and definitely the most pleasing.”

“You can never judge an opponent by their record, always in the ring is when you’ll see the opponent’s ability and potential but if you look at who I’ve fought, they’ve fought other guys around me. Chris Dutton, I put him down in the second round, and a few months ago he went six rounds with WBO European Champion Lerrone Richards and I knocked him down in the second. Adam Jones went eight rounds with Darryl Williams and took some rounds off him, I shut-out Adam Jones over six rounds so I can kind of tell where I’m at.

From their performances, and with sparring, I’ve sparred James DeGale, George Groves, Chris Eubank, and they’ve all been good spars so I can take confidence from that”.

“When it comes to sparring I find it quite easy to transfer the skills into a fight performance, what I learn on the pads I put to practice in the ring and I treat sparring as a fight so it’s the same, for me”.

And talking of sparring, the improvements you’ve been able to see across the board with Zak are visibly identifiable when you take his bouts as separate stanzas and actually look at the performances, he’s looking sharper and faster in the ring and more intelligent with his shot selection and movement.

“I can tell where I’m getting better, when I first started I was rushing things and trying to prove stuff but I learned from Adam Jones that, actually, you don’t need to go chasing knockouts all the time, believe in your ability and the performance will materialize. At the start I was trying to force the knockout but I’m definitely more relaxed now.”

Back in June, Lennox Clarke withdrew from his English title clash with Darryll Williams with nine days to go and Chelli was offered the fight on such short notice, the fight fell in Ramadan meaning Zak was unable to take it but he takes confidence from the fact he was given the call…

“I had a call from my manager but I was fasting for Ramadan and I was told that they wanted me to fight him and I said “I’d love to but I’m fasting”, give it to me in August or October and I’d love it but, you know, it shows me that opportunities are there.

When it comes to Ramadan I’m still training but only after night, obviously, so it’s a lot harder and lot more anti-social!”.

“I want a title fight, the southern area is vacant and I love the look of the IBF European title just the belt, it looks nice, so I just want a title and I was promised a Southern Area by the end of the year by Frank so we’re just waiting to see if that’ll happen or not”.

Across the British super-middleweight scene there are a plethora of young prospects promising to be the next thing so I asked Zak what separates him from the rest of the crop, “I believe I train harder, I’ve seen how they train, no-one trains as hard as me, my fitness levels are great and just the other day I sparred with Joel McIntyre, I’m always training and I think that will be the big difference in the long run”.

Intelligent in and out of the ring, Zak Chelli is, like many 18-21 year olds, still in education and actually at university and I found out how he balances that training-learning-socializing equation,

“I’m training 3-4 hours each day so Monday-Thursday I do 5pm to about 8.30-9 and at the weekends I get some sparring in. I do Business Management and Marketing but the way I treat it, I chose to go to Surrey because it’s 5 minutes away from the gym but I treat it the way my friends do when they go out and then study, I just train and study”.

That sort of mental strength is something Zak believes is vitally important, “I’d say being mentally strong is 50% of the sport, even in training when your body tells you to give up sometimes it will always be your mind telling you to keep going and to make sure you’re still going.”

With all that said then it was time to ask the only question that really mattered, what flavour cake would you be?

“Red velvet with vanilla frosting, just because I like it”.

Can’t think of a better way to end it really so, there we are, that was Zak Chelli!