Fury’s preparation for Wilder might not be enough say Bernstein 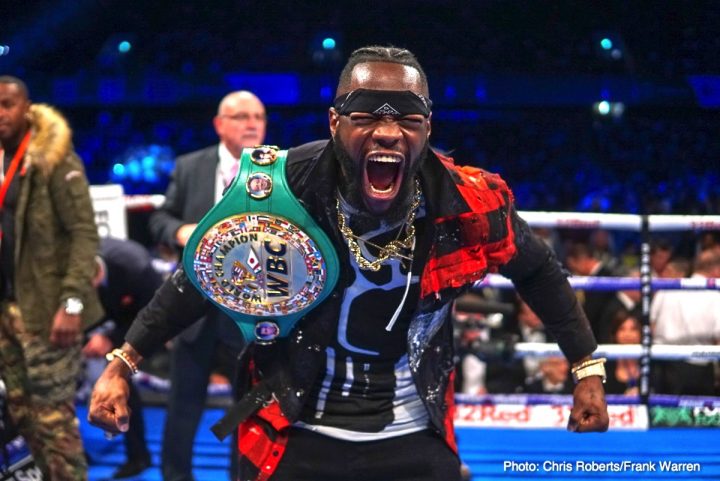 Fury has taken two easy fights against Francesco Pianeta and Sefer Serferi since emerging from a 2+ year layoff. Fury (27-0, 19 KOs) thinks he’s had more than enough warm-up fights for him to prepare to unseat the WBC champ Wilder, but Bernstein and many other boxing fans and members of the media have their doubts whether he can pull it off.

Fury’s risk taking fight against Wilder is very similar to the one that the 6’9” British fighter took when he fought former unified heavyweight world champion Wladimir Klitschko in November 2015. Fury came into the fight against the then 39-year-old Klitschko a huge underdog in the eyes of a lot of boxing fans. Fury then proceeded to box circles around the 6’6” Wladimir for 12 rounds in winning a surprising unanimous decision.

Fury, 29, feels that he can do the same thing to the 6’7” Wilder as he did in out-foxing Wladimir in 2015. The variables are roughly the same. Fury just needs to plug in the same formula that he used against Klitschko to solve the Wilder equation. If it works in Fury’s favor, he’ll look like a genius to the many boxing fans that are counting him out. But if it doesn’t go in Fury’s favor, he could be taken out of the ring on a stretcher like Wilder knockout victim Artur Szpilka.

Wilder’s punching power can be devastating at times, particularly when he lands his shots cleanly. Only one fighter has made it the full 12 round distance and that was the steel-chinned Bermane Stiverne in 2015. In that fight, Wilder suffered a broken right hand in the 2nd round and was forced to fight the remainder of the fight with the injury. Even with his hurt hand, Wilder came close to knocking Stiverne out in the 4th round after dropping him to the canvas. Wilder didn’t get credit for the knockdown, but it was clear that Stiverne went down under a hail of huge power shots from Wilder.

“This is like, to me, a perfect storm of business and sport coming together,” Bernstein said to Fighthype about the Wilder vs. Fury match. ”Maybe good for business but is it good for sport because they were able to make this fight by doing an end-run around Eddie Hearn and [Anthony] Joshua for Wilder negotiations. So they got this fight not but did he have enough time to prepare? I mean the burden of proof will be on [Fury] in this fight.”

It’s quite possible that the in shape 245 pound Fury that beat Wladimir in 2015 wouldn’t have enough to defeat Wilder. That’s supposed Fury at the zenith of his career. In looking back at that fight, Fury didn’t look spectacular. He was able to foil Wladimir’s attacks by using nonstop feints with his jab and a lot of movement. In talking about that fight, Wilder feels that it would have been very easy for him to beat that version of Fury by ignoring his feints and throwing right hands. Given Wilder’s courage and willingness to throw his right hands, Fury would have had a hard time dealing with his punching power. Wilder wouldn’t have held back with his power shots in the same way that Wladimir did. Wladimir defeated himself by not throwing punches. That was the saddest part of it all. Wladimir just gave up mentally and let Fury win by default by not throwing punches. Wilder has the courage, power, size, speed and the fighting style to have beaten Fury at his best on the night that he fought Klitschko.

Hopefully, Fury can make it through training camp without suffering a fight-cancelling injury. It would be a shame if this fight turns out to be nothing but hype to get attention for Fury. We saw Fury twice suffer injuries while attempting to get ready for a rematch against Klitschko. The fight was finally canceled altogether. It was fortunate for Fury that he didn’t fight Wladimir a second time because there was a high probability that he would have been knocked out by him. Wladimir was going to let his hands go in the rematch, and there was little chance that fury would have been able to stand up to that kind of firepower for long without imploding.

“[Fury’s win over Francesco Pianeta] was a workmanlike effort. You know, he wasn’t in against outrageously great competition but I think the way he fought probably was beneficial to him,” Bernstein said in remarking on Fury’s 10 round decision victory over Pianeta last Saturday night. ”He got rounds in and he looked like his skillset was up, at least from the last fight. I think the issue will be for Fury, are these two fights enough for him to get back to the level where he was at? Because he’s gonna need to be at that level to beat Wilder. That’s the $64,000 question,” Bernstein said.

Maybe Fury needs more work for him to prepare for the Wilder fight, but it’s too late for that now. He’s already committed to the match with Wilder. If Fury can’t get enough good sparring to prepare for the fight with Wilder, then that’s his fault. He’s going to have to deal with the cards that he’s been dealt. I don’t think it really matters much. Even if Fury had 10 tune-up fights, he would still have problems dealing with Wilder’s size, arm length, speed and punching power. Fury is used to having a big size and reach advantage over his shorter opponents, which has allowed him to keep from getting hit in most cases. Against Wilder, Fury’s reach won’t be enough for him to beat him on size alone. While Fury will have a two inch height and reach advantage against the 6’7” Wilder, it won’t be enough for him to keep from getting hit frequently. If Fury chooses to lean his upper body over the top rope in order not to take head shots, it’s not likely going to keep from getting hit by Wilder’s right hands. Wilder is capable of leaning forward and clocking Fury if he tries that tactic. It would be smarter for Fury to stay on the move and not resort to the rope-a-dope tactics that we saw from him against Wladimir, Dereck Chisora and Francesco Pianeta. 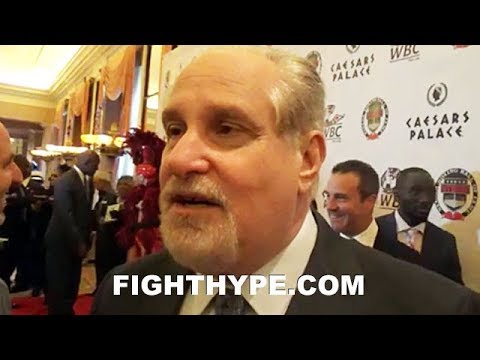 
« Khan wants Pacquiao to fight him in UK

Fury vs. Wilder: Why the timing is perfect for both men to collide – The view from the Wilder side »