Zeuge vs Fielding tonight in Germany 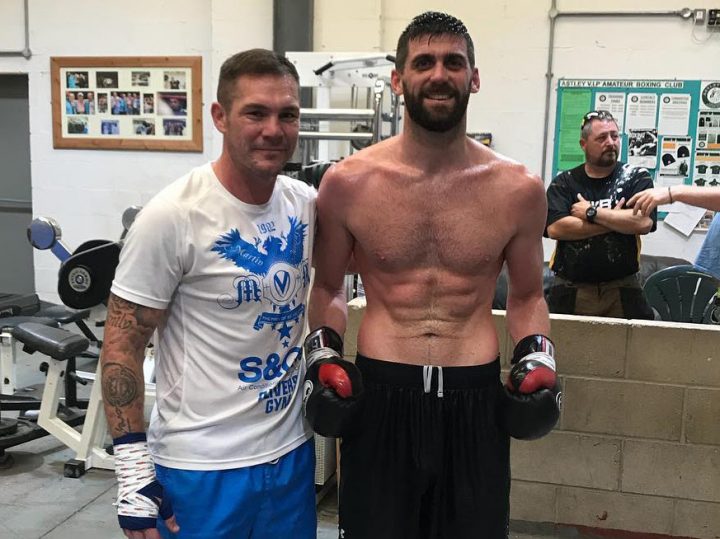 World title challenger Rocky Fielding has championed the team spirit in Jamie Moore’s gym ahead of his big night in Germany.

Fielding (26-1-KO14) takes on WBA world super-middleweight champion Tyron Zeuge in Offenburg on Saturday night and is eager to show off further improvement.

With the likes of two-weight world champion Carl Frampton and five-times world title challenger Martin Murray as stable-mates, Fielding is grateful to be part of a flourishing team.

Fielding: “Training in that gym has revitalised me. Before I fought Callum Smith, I didn’t have those nerves and that fear factor.

“Being around experienced lads and under Jamie, I’ve got the butterflies back. I’ve got the excitement back. I’m in the zone and I’m switched on. It’s given me a real push.

“It’s so important to be around top-class fighters. There’s a great buzz in the gym and everyone is pushing each other. You’ve got people like Carl and Martin who’ve been there and done it.

“It’s always tough fighting away from home and Martin has had a couple of decisions not go his way in Germany. It’s just a ring though and I’m going to do a job in it.

“I think my power has improved. I’m really sinking the shots in now. I always had the naturally heavy hands but now I’m punching with better technique.”

Liverpool’s Fielding (26-1-KO14) is in Offenburg, Germany for his maiden world title shot on Saturday and Moore is adamant Zeuge (22-0-1-KO12) will be forced out of his comfort zone.

Moore said: “Zeuge is very solid in every department but outstanding in none. He’s above average but there’s nothing in his style I have to warn Rocky to steer clear of.

“Because of that, Rocky can take more risks. When Rocky can take risks, he’s relaxed and when he lets his hands go in that state, he punches very hard.

“My arms and ribs have taken an absolute hiding from him throughout this camp. He’s been ‘on one’ and I can really see him stopping Zeuge on Saturday night and making a massive statement.

“I’ve got to be with Rocky psychologically all the way through this – reading him and understanding him – but if I keep him where he needs to be then I expect a great performance.

“Rocky goes into this fight full of belief. He understands what he’s capable of now and the other top-level fighters in the gym have reaffirmed that. His devastating first-round stoppage of David Brophy gives him even more momentum.”

Hunt: “Experience Will See Me Through”

Rob Hunt has vowed to make all of his experience count when he gets back on the title trail with a battle for the belt next month.

Stafford’s Hunt will make the trip to Stoke-on-Trent to compete at the Kings Hall in the main event on Friday, 13th July.

The eight-round British Challenge welterweight title will be on the line when he takes on the unbeaten Ryan ‘Stewart’ Davies.

They headline Errol Johnson’s Black Country Boxing Promotions offering, on a show which has been titled ‘Danger Zone.’

Former Midlands champion Hunt is planning to call on all of his know-how, as a 12-year pro, to get his hand raised.

The 32-year-old will box for the 32nd time, looking for a 25th win. He’s been beaten five times and has drawn twice.

Davies, aged 25, will slug it out for a strap he won in April, outpointing MJ Hall. He’s racked up five wins from five bouts as a boxer, all over-the-distance.

The former kickboxer, from Tividale in the Black Country remains involved in his former calling, too, and still works as an instructor at Oldbury’s School of Black Belts.

He’s registered for the sweet science ‘Stewart Davies’, using his middle name as his first name as there’s another Ryan Davies in the paid ranks.

Hunt is now gunning for his ‘0’ and feels there is still more to come from him, after a storied career that started with his debut in 2006.

He said: “I still feel young, I’ve been sharp and strong in the gym and I’m still ambitious. The long-term target remains something national, like the English title.

“I haven’t boxed in nearly 17 months, I had big fights fall through on me and then I had a problem with my Achilles.

“Most of my wars have been coming in the gym, but the camp has been a bit different for this one. We’ve been working on a few things.

“I’ve been using my head and my footwork a lot more, then using different combinations to get a lot of punches in. I’ve got the height advantage over Davies and the jab to go with it.

“He hasn’t got the experience I’ve got and that will show on fight night. I came from a kickboxing background, but I gave it up when I was 17.

“I’m the one taking the risk, because I’ve got the big record and losing to him won’t look good on me, at all, but I’ve watched him box and I’ve seen weakness that I feel I can exploit.

“I can retire tomorrow and be proud of what I’ve done, but I always fancy one last push at something even better. I still believe it can happen.”

The undercard features Luke Caci, from Newcastle-under-Lyme and a graduate of Orme Boxing Club, who won a British Challenge crown in his last outing alongside Frank Warren signed signed CJ Challenger

Tickets, priced at £35 standard and £60 VIP ringside, are on sale now and can be purchased by calling Rob on 07769 254 545. Alternatively, contact any of the boxers on Facebook.


« Matthysse looks to send Pacquiao into retirement on Sat.