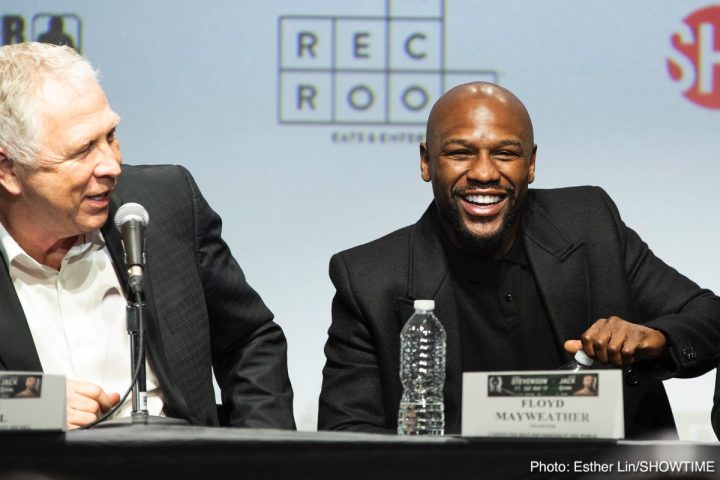 Floyd Mayweather ($285 mil in pretax annual earnings), captures the top spot on Forbes’ 20th annual Celebrity 100 ranking of the world’s highest-paid celebrities (p. 106 in Forbes’ August 31, 2018 magazine issue). The boxer’s August 2017 fight versus Conor McGregor generated more than $550 million in revenue, with Money Mayweather earning $275 million, securing him the No. 1 spot for the second year since 2015. George Clooney ($239 mil) is in the No. 2 spot after British liquor giant Diageo purchased Casamigos, the tequila company Clooney cofounded, giving him the best annual take-home of his—or any actor’s—career. Kylie Jenner ($166.5 mil) returns to the list at No. 3, a significant jump from the 2017 newcomer’s spot at No. 59, followed by Judge Judy Sheindlin ($147 mil) at No. 4. Dwayne ‘The Rock’ Johnson, earning $124 million, rounds out the top five. The Rock (story p. 102) nearly doubled his 2017 $65 million payday, and his acting-related earnings are the largest ever recorded in the 20 years Forbes has tracked the Celebrity 100.

“Forbes has been publishing the Celebrity 100 for 20 years, but there’s never been a more lucrative time to be famous than now, with 11 superstars earning $100 million or more over the past year,” says Zack O’Malley Greenburg, senior editor of media & entertainment. “Entertainers have found all sorts of new ways to monetize their audiences, especially with the help of social media—one need look no further than The Rock and Kylie Jenner, both in our top five.”

Featured on the cover of the August 31, 2018 issue of Forbes magazine is Natalie Robehmed’s profile of Kylie Jenner. The 20-year-old mother, reality television star and owner of Kylie Cosmetics is ranked No. 3 with $166.5 million in earnings and later this year will likely take the title Mark Zuckerberg and Bill Gates once held: the world’s youngest ever self-made billionaire. Her momager, Kris Jenner, joined the Celeb 100 this year for the first time thanks to the success of her daughters. The cover story provides an inside look at how celebrities like Jenner and The Rock are using social media to market themselves and reach mammoth followings – in Jenner’s case over 110 million Instagram followers. “Social media is an amazing platform,” says Jenner. “I have such easy access to my fans and my customers.” Also inside the issue: a look inside The Rock’s moneymaking marketing machine as it kicks into gear for the launch of his latest blockbuster, Skyscraper. “The number one goal is to create stuff for the world,” he explains in the story, how Hollywood’s highest-paid actor has made social media his best friend.