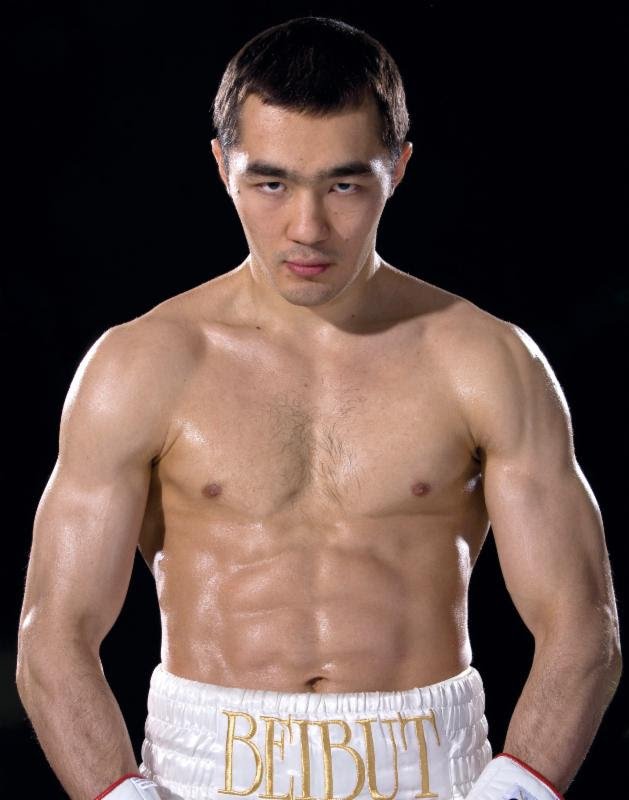 By Allan Fox: Former two division world champion Beibut Shumenov (18-2, 12 KOs) defeated #3 WBA Hizni Altunkaya (30-2, 17 KOs) by a 9th round knockout on Saturday night to capture the vacant World Boxing Association cruiserweight title at the Barys Arena in Astana, Kazakhstan. The 34-year-old Shumenov, who was returning from a two-year layoff, knocked the 30-year-old German Altunkaya down twice in the fight in the 1st and 9th rounds.

The contest was halted by Altunkaya’s corner after the 9th. The fight resembled a sparring match rather than an actual fight. Shumenov looked like he was in 1st gear all night long, not pushing the pace against a guy that looked like he was there to be taken out right away. Shumenov should have pushed the pace to get Altunkaya out of there because it ended up being a terribly boring fight. Shumenov looked very robotic throughout the fight, and his punching power wasn’t there. Shumenov is a former light heavyweight and he never developed the power that the top cruiserweights have going for them.

It’s unclear why the WBA had Shumenov rated #2 with their organization after two years out of the ring. With that kind of a layoff, you would think the WBA would have Shumenov rated outside of the top 15. It’s a bid odd that Shumenov was rated above the active contenders in the WBA’s top 15 rankings like Yunier Dorticos, Krzysztof Glowacki and Maksim Vlasov. It was also odd that the WBA had Altunkaya rated #3, given that he was recently stopped by Glowacki in the 5th round last year in June 2017. Glowacki is the only top 15 contender that Altunkaya had ever fought before tonight’s fight against Shumenov, and he looked horrible throughout.

Shumenov spent most of the fight boxing Altunkaya using a hit and run style. Altunkaya looked completely over-matched throughout the contest. The major question that popped up in my mind in watching the fight is why the WBA had Altunkaya rated No.3 with their organization. Altunkaya’s horrible resume and his knockout loss to Glowacki last year should have been more than enough to keep him out of the top 15. Altunkaya never even put a token effort in to win the fight tonight against Shumenov. It wasn’t a case of Shumenov looking good in the fight. It was more of case of Altunkaya looking so bad.

It was extremely fortunate that Shumenov didn’t have to fight one of the talented contenders in the WBA’s top 15 ranking like Yunier Dorticos, Glowacki or Vlasov, because there’s a very good chance that he would have been beaten by all of them. Those are very good fighters, and more importantly, they’re active with their careers. Unlike Shumenov, those guys haven’t been sitting out of the ring for the last two years collecting dust.

With Murat Gassiev and Oleksandr Usyk expected to move up to heavyweight after their upcoming unification fight this month, it leaves huge openings for arguably lesser fighters like Shumenov to hold titles. Shumenov will likely only hold onto his WBA title until he faces Glowacki or Dorticos, as those guys would be nightmarish opponents for him. The way Shumenov looked tonight against Altunkaya, he would be easily taken care of by Gassiev and Usyk.