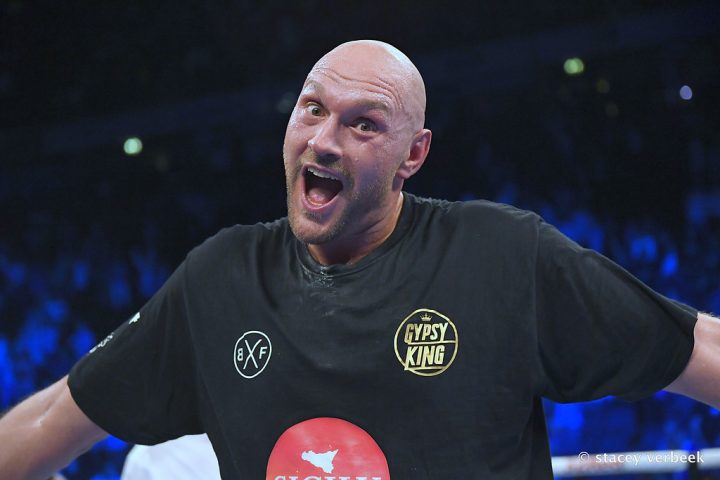 The 6-foot-9, 275-plus pound Fury, who outweighed Sereri by more than 65 pounds following Friday’s weigh-in, looked rusty in the scheduled 10-rounder, his first bout in more than 31 months. Seferi sat on his stool after four completed rounds and did not answer the bell for round five.

Fury (26-0, 19 KOs) playfully bounced around for the first few rounds, and was even warned for a lack of activity in the second round against a severely undermanned Seferi (23-2, 21 KOs). Fury is likely to face a tougher opponent in his next fight set for September in a division currently ruled by world title holders Anthony Joshua and Deontay Wilder.

Fury’s return to the ring came after 924 days of inactivity due to bouts of depression and admitted drug use following an upset victory over Wladimir Klitschko to take Klitschko’s WBA, IBF and WBO world titles.

In a fight that preceded Fury-Seferi, undefeated American Maurice Hooker won a split-decision upset victory over hometown favorite Terry Flanagan to capture the vacant WBO Junior Welterweight World Championship belt. The scores were 117-111, 115-113 for Hooker, and 117-111 for Flanagan.

With blood streaming down his face, the former lightweight title holder Flanagan (33-1, 13 KOs), who suffered a deep cut on the forehead after an accidental head butt in the seventh round, couldn’t overcome the aggressive Hooker (24-0-3, 16 KOs), who just like training partner Errol Spence Jr., had to travel overseas to win his first world title.

Hooker, a 28-years-old Dallas native, was fighting for the first time outside of the United States against Flanagan, who was a 135-pound champion for three years with five defenses before moving up to the 140-pound class.

With the victory, Hooker became the 76th ShoBox: The New Generation alum to win a world title, joining the likes of Spence and Wilder.