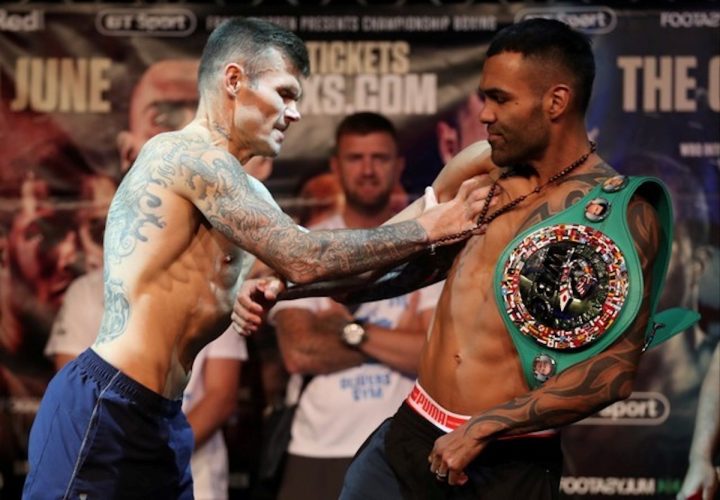 MARTIN MURRAY lashed out at WBC Silver Middleweight Champion Roberto Garcia ahead of their big clash on Saturday night at London’s o2. The feuding ﬁghters clashed after both weighing in for Garcia’s title defence against the St Helens man, where the mandatory position for Gennady Golovkin’s WBC crown is at stake.

After weighing in the pair had an intense 15 second stare just inches apart, but when they turned to face the press and TV cameras, Murray saw red.

He muttered, then shoved the Mexican sending him hurtling. It sparked a furious reaction from Garcia’s trainers and calm was only restored when security guards separated the teams.

It adds even more anticipation to the BT Sport televised clash that promises to be a war between two men who know a loss will wreck any world title hopes. 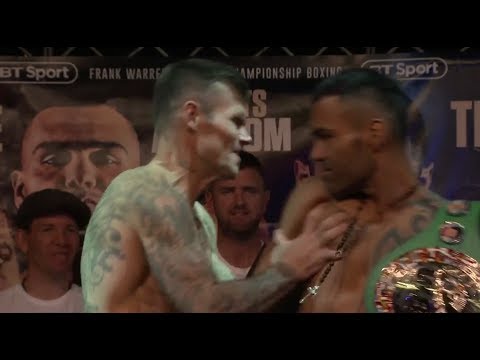 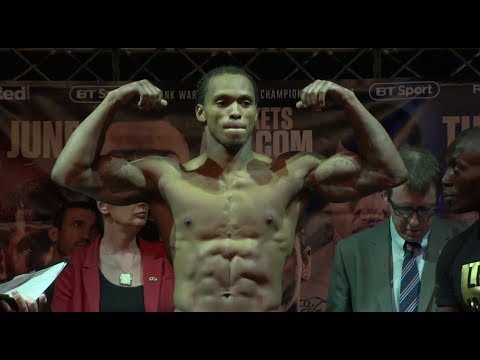 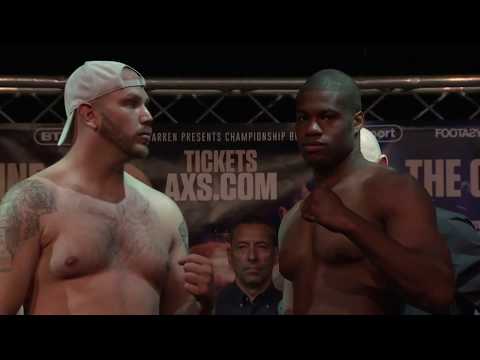 Roberto Garcia will defend his WBC Silver Middleweight title against Martin Murray at The O2 in London on June 23, live on BT Sport and BoxNation.

Murray will be looking to put the frustrations of missing out on a shot at the WBO Middleweight World Title behind him when he challenges Mexico’s 41-3 Garcia later this month.

Garcia is currently enjoying a 13-fight winning streak that stretches back to 2010 and will be heading to London full of confidence.

“I was gutted about Billy Joe Saunders pulling out of our fight for a second time but this is a great replacement,” said Murray. “Roberto Garcia is the Champion and he’s willing to travel to the UK so we know he is well up for it.

“He’s been calling me out on Twitter for a while and I’m delighted that we’ve been able to make the fight so quickly. This means that several months of hard training won’t got to waste and I’ll be out on June 23 topping a great show.

“A good win against Garcia will put me in a strong position with the WBC so there’s everything to fight for. It has been a frustrating period of my career and I’ll be taking my anger out on Garcia on June 23 before moving on to even bigger fights.”

“I’m not like Saunders,” said Garcia. “I’m not afraid of Murray. I’m willing to risk my title and come to London to beat Murray in front of his own fans. My promoter Don King will be in London to watch me win in style. Let’s get it on!”

Further updates to the card will follow this week.

Tickets for Garcia v Murray are available to purchase via www.axs.com


« David Benavidez vs. Anthony Dirrell in the works for September