Luis Nery vs. Jetro Pabustan on June 9 in Tijuana, MX 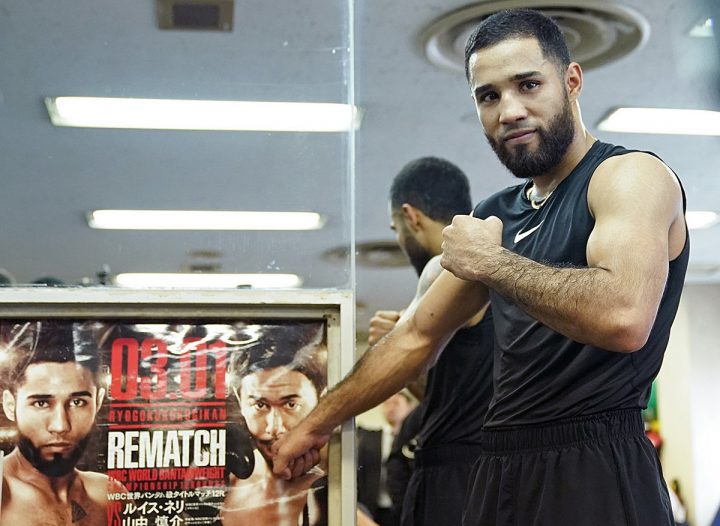 By Sean Jones: Former WBC bantamweight champion Luis ‘Pantera’ Nery (26-0, 20 KOs) will be fighting next month against journeyman Jetro Pabustan (29-5-6, 9 KOs) in a 10 round scheduled fight at the Auditorio Municipal in Tijuana, Mexico.

The 23-year-old Nery is fighting for the first time since losing his WBC 118lb title after failing to make weight for his rematch against former WBC bantamweight champion Shinsuke Yamanaka last March. Nery came in three pounds overweight at 121 pounds at the weigh-in in the day before the fight.

The WBC belt went vacant from that point. Nery had little problems destroying the 35-year-old 5’7” Yamanaka in stopping him in the 2nd round. Not long after the fight, the World Boxing Council chose to suspend Nery for him coming in over the limit.

It’s unclear how often fighters wind up being suspended by a sanctioning body after they fail to make weight. I can’t think of too many instances where fighters do receive suspensions. Nery must make a living, and you can’t expect him to sit out of the ring for 6 to 12 months just because he missed weight for his rematch with Yamanaka. Losing his WBC bantamweight title should be punishment enough for Nery. He’s no longer the champion.

I’m sure Nery isn’t happy about losing his belt, but it’s hard to imagine any fighter being suspended for missing weight. I think it’s a mistake for the WBC to come down so hard on Nery, as he’s young and is one of the best fighters in the bantamweight division. The WBC is shooting themselves in the foot with the way suspended him instead of just letting it be. The other sanctioning bodies are going to be coming out ahead with Nery likely fighting for their belts now that the WBC has taken such a hard stance with him.

Here’s part of the statement from the WBC on Monday about Nery choosing to schedule a fight while he was suspended:

NEWS:   Zolani Tete calls out Murodjon Akhmadaliev after destroying Jason Cunningham: "Bring him to me"

”WBC President Mauricio Sulaiman clearly put forward two options to Luis Nery. The first was for him to accept the conditions of the WBC, in order to correct the problems which led him to lose the world title. Or the second option was for Nery to ignore the body… and pursue his career on a different path. Nery clarified that he would follow any regulation imposed by the WBC. We deeply regret the decision of Nery to fight while being suspended by the WBC. Due to this action it is clear that his decision has changed.

There were files presented during Nery’s hearing in which several serious failures were committed. Unfortunately we will not be able to address them, after Nery taking this course of action.

It would be great for Nery if he were to enter the World Boxing Super Series bantamweight tournament. He could compete with the likes of Naoya Inoue, Emmanuel Rodriguez, Ryan Burnett and Zolani Tete. If Nery wins the WBSS tournament, he would increase his popularity and would be considered one of the biggest stars in the bantamweight division. You must wonder how the WBC react to that news. It would be a big deal. Nery would have a very good chance of beating some if not all those fighters in the WBSS tournament. It’s kind of surprising how the WBC is coming down so hard on Nery, because I’m trying to imagine what their stance would be if this was Saul Canelo Alvarez who came in overweight. Would the WBC react in a comparable manner or turn their heads and not bother to comment on it? Nery isn’t a big PPV star like Canelo.

Regis Prograis vs. Juan Jose Velasco on ESPN on July 14 »