By Chris Williams: With a victory over WBA World lightweight champion Jorge Linares this Saturday night, Vasyl Lomachenko could be facing former 8 division world champion Manny ‘Pacman’ Pacquiao in the winner, according to Top Rank boss Bob Arum. He says the Pacquiao-Lomachenko fight would be taking place at a catch-weight of 140 pounds, and it’s contingent on both fighters winning their upcoming fights.

Pacquiao (59-7-2, 38 KOs) is challenging WBA World welterweight champion Lucas Matthysse (39-4, 36 KOs) on July 15 on ESPN pay-per-view at the Axiata Arena in Kuala Lumpur, Malaysia. If Pacquiao wins his fight against Matthysse, and if Lomachenko beats Linares and one other fight against possibly WBO lightweight champion Ray Beltran in the summer, then Arum will look to make the Pacquiao-Lomachenko match in the winner on ESPN PPV. 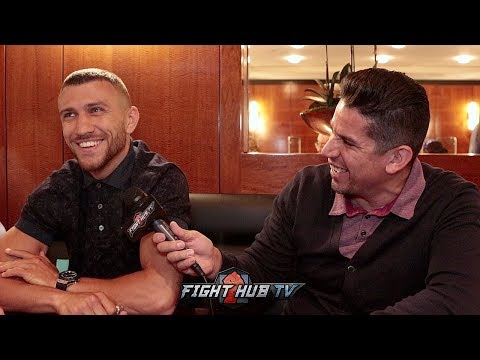 “There’s a lot of great opponents at 135,” Top Rank promoter Bob Arum said to Fighthub in talking about possible options for Lomachenko after his fight with Linares this Saturday. “There’s a lot of great champions. There’s [Ray] Beltran, there’s [Mikey] Garcia, and there’s a lot of fights for him. He might go up in weight and do a catch-weight fight against [Manny] Pacquiao this winter. We’ll see. I’m talking to not a boxer but a senator,” Arum said.

It’s a given that Lomachenko and Pacquiao will face each other soon, as long as both guys keep winning. However, Pacquiao, 39, has a very dangerous fight against Matthysse on July 15, and he could very well lose that fight. Pacquiao was beaten by Jeff Horn last year in July by a 12 round unanimous decision in Brisbane, Australia. Pacquiao did not look good in that fight.

Pacquiao had stamina problems in the fight. He was tired and unable to fight hard enough in many rounds, especially in the 10, 11 and 12th rounds. Pacquiao had Horn on the brink of collapse in the 9th round after overwhelming him with punches, but then the Filipino star was too tired to finish him off in the last three rounds. Horn was there to be taken, but Pacquiao didn’t have the engine to put him away. 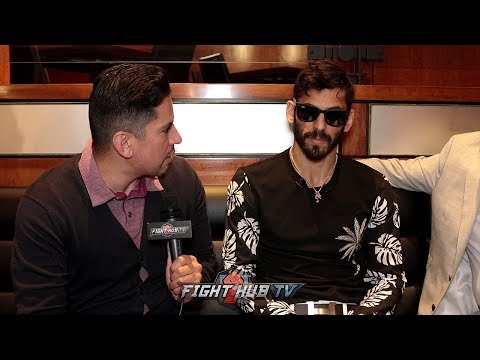 “It’s a very tough fight for Manny,” Arum said of Pacquiao’s July 15 fight against WBA ‘regular’ welterweight champion Lucas Matthysse in Malaysia. “He’s not as fast or as maneuverable as he once was. He’s approaching 40. He has his work cut out for him. It’s been over 20 years [for Pacquiao] that he’s been a pro, and he’s now going to be 40,” said Arum.

Pacquiao could lose to the 35-year-old Matthysse and that would spoil Arum’s big plans for him to fight Lomachenko. Arum could still make the Pacquiao vs. Lomachenko fight even under those circumstances, but the interest in the fight would obviously be far less than it would if both fighters were coming off of victories. Arum has shown in the past that he’s not afraid to make fights involving Pacquiao with him or his opponents coming off losses. You can never underestimate what the casual boxing fans are willing to put up with. Most of them would likely never even know if Pacquiao was beaten by Matthysse, and they would gladly pay to see the Filipino star fighting Lomachenko.

Matthysse won the vacant World Boxing Association World welterweight title on January 27 in stopping little known 26-year-old Thailand fighter Tewa Kiram (38-1, 28 KOs) in the 8th round. Matthysse knocked Kiram down twice in the 8h round to get the stoppage. One of the knockdowns was from a simple jab. The WBA received a lot of criticism after the fight by the boxing fans for ranking the grossly inexperienced Kiram at No.1 at 147. 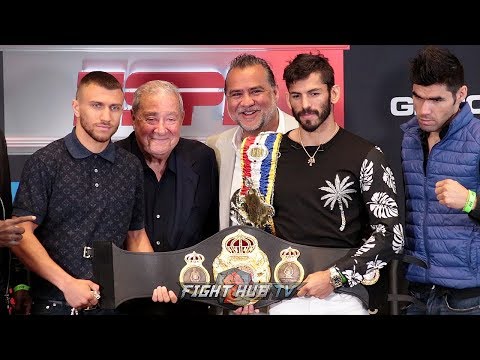 Fighters being given a number 1 ranking should ideally have experience against top level opposition, but in Kiram’s case, he had fought journeyman and lower level opposition his entire 10-year pro career in Thailand. Matthysse chased Kiram around for 7 rounds before finally catching up to him in the 8th and knocking him out. That fight showed a lot of rust on Matthysse. Whether the rust was from inactivity or age is the big question. What’s clear is Matthysse didn’t look anything like the same fighter he’d been four years ago when he was beating the likes of John Molina Jr. and Roberto Ortiz. That version of Matthysse will probably be too good for the 39-year-old Pacquiao.

”If he’s successful with Matthysse and Lomo is successful with his coming fight with Linares and another fight, then they’ll probably meet in the winter at a catch-weight of 140,” Arum said. ”Manny fights at 144, and that’s eating enormous quantities of food. He won’t have any problem at 140.”

Asking Pacquiao to go all the way down to 140 for the Lomachenko fight is probably too much of a giveaway by Arum to the Ukrainian fighter. At best, Pacquiao should agree to a catch-weight of 144 lbs. and no more than that. Pacquiao is the A-side in the fight with Lomachenko, and it doesn’t make sense for him to give his opponent that much of a catch-weight by coming all the way down to 140.

In Lomachenko’s last fight against super bantamweight Guillermo Rigondeaux, he chose not to give the Cuban fighter a catch-weight at all. Rigondeaux had to move up 2 weight classes to fight Lomachenko last December. The results of the contest were a forgone conclusion. Rigondeaux was way too small to compete against Lomachenko without a catch-weight, and the fight ended up being a dull mismatch. For Pacquiao to give Lomachenko a catch-weight, he would be sending a message that he’s as popular as him and obviously he’s not. 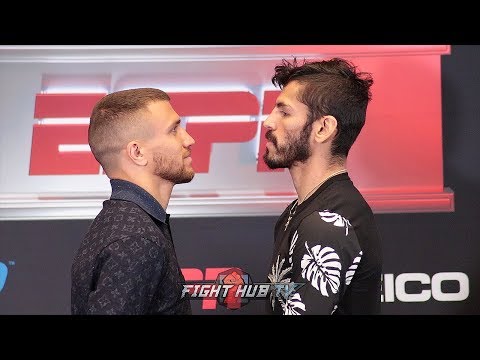 ”The Pacquiao [vs. Lomachenko] is the much bigger fight [than Lomachenko vs. Mikey Garcia],” Arum said. ”So I’m looking at that fight in the winter or the late summer if he’s successful. [Lomachenko can] maybe fight Ray Beltran or somebody like that,” Arum said.

Having Lomachenko fight WBO lightweight champion Ray Beltran next is not going to do much for the Ukrainian fighter. He should be facing better opposition than that, preferably opposition that the casual boxing care about. Beltran does not have a large fan base. What Arum should be doing is matching Lomachenko against WBC super featherweight champion Miguel Berchelt or one of the top light welterweights like Kiryl Relikh, Jose Ramirez, Regis Prograis, Sergey Lipinets, Viktor Postol or Ivan Baranchyk. Lomachenko would get a lot of attention by fighting one of those fighters. He won’t get much attention fighting 37-year-old Ray Beltran.

Arum is correct about a fight between Pacquiao and Lomachnko being bigger than a Mikey Garcia v. Lomo fight. It’ll depend on though on whether Lomachenko and Pacquiao win their next fights, and how good they both look. If Pacquiao loses to Linares on Saturday and Lomachenko gets beaten as well, then I don’t think you can say that Pacquiao-Lomachenko is the bigger fight than Garcia-Lomachenko. 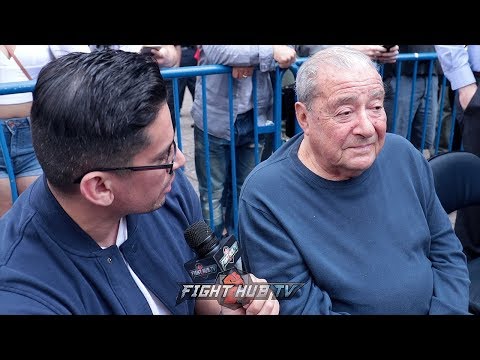