Naoya Inoue vs. Jamie McDonnell on May 25 in Tokyo, Japan 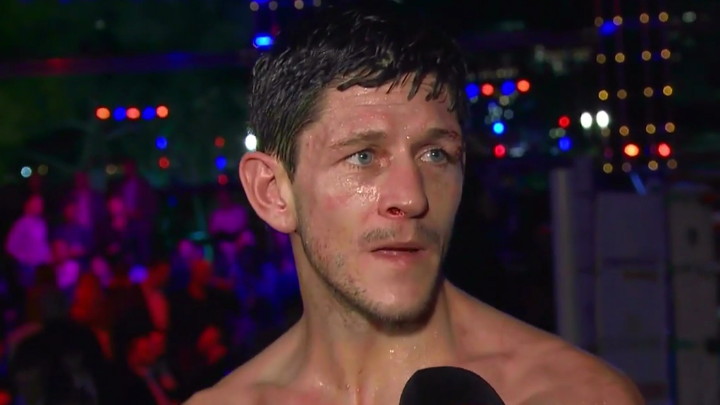 By Scott Gilfoid: WBA World bantamweight champion Jamie McDonnell will be defending his title in two months from now against former 2 division world champion Naoya ‘Monster’ Inoue (15-0, 13 KOs) on May 25 at the Ota-City General Gymnasium in Tokyo, Japan.

McDonnell’s promoter Eddie Hearn announced the news of the Inoue-McDonnell fight on Tuesday.

The 31-year-old McDonnell will be a major underdog in this fight against Inoue. McDonnell is going to need a miracle for him to win, because he’s far out of his league that it’s not even funny. The fight won’t be in Monte Carlo again, where McDonnell dodged a bullet in his controversial win over Liborio Solis.

McDonnell is going to have to do something special this time, because he’s not going to be able to count on the judges. This fight is going to be Inoue’s home country. Without a knockout, McDonnell is going to wind up taking a beating. Hopefully, we don’t see another quick fight-ending cut for McDonnell like we saw in his rematch with Liborio Solis last November. That cut probably saved McDonnell from getting beaten- again. Inoue is a body puncher, so I can’t see McDonnell getting cut again unless he dives at him with his head. I hope that doesn’t happen, but I won’t be surprised if that’s how the fight ends with McDonnell cut again.

Inoue is seen as one of the best fighters in boxing, although he never got around to testing himself in the super flyweight division against the best fighters unfortunately. Never the less, Inoue looks to be one of the best fighters. We’ll have to see if he can prove himself at 118 against the best. McDonnell (29-2-1, 13 KOs) will be the first test for Inoue. After that fight, Inoue could then face WBA Super World bantamweight champion Ryan Burnett. He’s another one of Hearn’s fighters in his Matchroom Boxing stable. McDonnell is the secondary WBA 118 lb. champion. The World Boxing Association has 2 champions at bantamweight, and both of them are with Hearn.

This will be the 24-year-old Inoue’s first fight at bantamweight after decided to move up in weight from the 115 lb. division. Inoue still currently holds the WBO super flyweight title, but doesn’t plan on fighting in that weight class again.

McDonnell’s best wins as the WBA World bantamweight champion have come against Tomoki Kameda [x 2]. You can’t count McDonnell’s win over Liborio Solis as a real win, because he appeared to lose that fight VERY badly. McDonnell just has the wins over Kameda, Javier Nicolas Chacon and journeyman Fernando Vargas as his only true wins since picking up the WBA strap in May 2014 with a 10th round knockout vcitry over Tabtimdaeng Na Rachawat.

Inoue will have the hometown advantage over McDonnell despite being the challenger. He’s the bigger name, and McDonnell is viewed as a paper champion, especially after his controversial 12 round decision win over Liborio Solis in November 2016 in Monte Carlo. That was one of the more controversial decision wins you’ll ever see from a fighter. The World Boxing Association ordered a rematch between the two fighters to clear up the controversy, but fight failed to produce a winner after McDonnell suffered a cut from a clash of heads, causing the match to be stopped after 3 rounds. Solis appeared to win 2 of the rounds, but it didn’t matter because the fight hadn’t done far enough for it to called a fight. It was a no decision. McDonnell is moving on rather than facing Solis again. It’s a good deal for McDonnell, because he got away with a controversial decision win and then escaped a potential loss in the rematch due to a cut. We’ll have to see if Solis gets another title shot or not.

”So it’s on we go to Japan to defend my WBA World title against one of the pound for pound best in Naoya Inoue,” the 31-year-old McDonnell said on his Twitter on Tuesday about his title defense against Inoue on May 25th. ”This is why I’m in the game. To be the best, you have to fight the best. I am the best bantamweight on this planet, and I will prove it again May 25th.”

Given that McDonnell was badly exposed by Liborio Solis and has unfinished business with him still, I think it’s safe to say that on the 25th of May, we’ll have a new WBA World bantamweight champion from Japan. I hate to say it, but McDonnell is just WAY out of his league against Inoue. Heck, McDonnell was way out of his league against Solis, but the scoring by the judges arguably saved him from a wide one-sided 12 round decision. I had McDonnell winning 2 rounds against Solis in the first fight. In other words, I had Solis winning 10 rounds to 2. Boxing news 24 had Solis winning 11 rounds to 1. The scoring for that fight was atrocious to say the least.

“Jamie McDonnell travels to Japan to take on Ring Magazine P4P No.8 Inoue to defend his WBA Boxing bantamweight title,” trainer Dave Coldwell said. ”Huge fight. Yes, it’s a tough task, but we’re not going to for the culture! A win in Tokyo and finally Jamie becomes the star his achievements deserve. #boxing.”

The bantamweight division is an empty one in terms of talented fighters. There are now 4 VERY good fighters at 118 and those are these guys:

• Emmanuel Rodriguez – He’s the newcomer, and the fighter that Ryan Burnett vacated his IBF title in order to avoid having to fight

• Naoya Inoue – One of the best fighters from the super flyweight division, but an untested one. Inoue is leaving the 115 lb. weight class WITHOUT having fought Srisaket Sor Rungvisai, Juan Francisco Estrada, Khalid Yafai and Jerwin Ancajas. There’s no excuse for Inoue leaving the 115 lb. weight class without having fought those guys. Now Inoue fighting the weakest link among the 118 lb. champions in Jamie McDonnell. That looks really bad if you ask me. Why isn’t Inoue taking on Nery or Tete? Going after the weak link in McDonnell is similar to what Inoue did when he moved up to super flyweight in facing 38-year-old Omar Andres Narvaez in December 2014.