Bradley: Adrien Broner has no brains, he’ll lose to Vargas

By Allan Fox: Former world champion Tim Bradley says Jessie Vargas (28-2, 10 KOs) will beat Adrien ‘The Problem’ Broner (33-3, 24 KOs) in their fight next month on April 21 in their fight on Showtime at the Barclays Center in Brooklyn, New York.

There won’t be a lot of shock if Vargas beats Broner. Bradley is wrong on that point. The Broner-Vargas fight is viewed as a 50-50 even contest in the eyes of a lot of boxing fans, but there increasingly more people coming out of the woodwork to pick Vargas to win the contest. Broner’s reputation has taken a hit with his losses to Mikey Garcia, Shawn Porter and Marcos Maidana. Broner almost lost to Adrian Granados last year as well. You can call that a defeat for Broner, because it took place in his hometown of Cincinnati, and he was out-punched and outworked by Granados.

Broner is no longer a guy that you can assume will get the victory each time he fights unless he’s facing someone that is so far out of his class that it’s a dead certainty that he’ll win. In between his losses in the last 5 years, Broner’s management has put him in with beatable fighters like Carlos Molina, Ashley Theophane, Khabib Allakhverdiev, John Molina Jr. and Emmanuel Taylor. Granados was supposed to be a beatable opponent for Broner, but he turned out to be better than him.

”I think Broher has all the skills, but no brains,” Bradley said. ”You’ve got to have brains. I feel he don’t. I’m talking about outside of the ring. To be a complete fighter, you’ve got to be able to control stuff outside of the ring. I’m going with Jessie Vargas. He’s a guy that is more focused and a guy that’s been against the best and he’s grown since my fight. So, I’m going with him to win the fight by an upset,”Bradley said.

Broner is the more popular fighter compared to Vargas. If Vargas doesn’t do something really special to clearly dominate the fight, Broner will likely be given the nod by the judges just like in his fight against Granados. You can argue that being popular counts for a lot in the sport of boxing when it comes to getting a decision. It’s unfortunate but the popular fighters frequently are given controversial decisions over their less popular B-side opponents.

Vargas has great credentials as a former 2-division world champion, but he doesn’t have the star power that Broner has. That could work against him if the fight is close or even if it’s not close. Vargas could still lose. One would hope the judges have their eyes open and score the Broner-Vargas fight correctly, but it wouldn’t be surprising to anyone if Broner is given a controversial 12 round decision. Besides his questionable win over Granados in 2017, Broner was given controversial wins over Paulie Malignaggi and Daniel Ponce De Leon. Did Broner get the decision in those fights based on his popularity? It’s hard to say, but he did appear to lose all three of those fights in the eyes of a lot of boxing fans.

While Broner’s boxing skills are excellent, his decision-making inside the ring has been poor at times. There aren’t too many intelligent fighters that back up against the ropes and let their opponents tee off on them the way that Broner typically does. Broner’s losses to Maidana and Shawn Porter with the direct result of him backing up against the ropes and taking punishment. A fighter with skills and brains knows that you don’t fight off the ropes.

Bradley is probably right about Broner not being able to turn his career around at this point. If Broner could turn things around, he would have done it already. It’s probably too late in the game for Broner to turn things around in his career for him to be the guy that he was back in 2010. That was only 8 years ago, but a lot has changed since then. Broner is no longer fighting in the 130 and 135 lb. weight classes.

Broner was dominant when he fought at super featherweight and lightweight. Of course, back when Broner fought in those weight classes, you didn’t have Mikey Garcia, Vasyl Lomachenko and Miguel Berchelt fighting down there. It’s doubtful that Broner would have beaten any of those guys even back then in 2010 if they were in the same weight class. Broner was a good fighter years ago, but he didn’t have to deal with talented guys like Garcia, Berchelt and Lomachenko.

Bradley defeated Vargas three years ago by a 12 round unanimous decision on June 27, 2015. The fight was one-sided for most of the fight. Vargas had Bradley hurt in the 12th round after hitting him with a hard right hand. While Vargas was trying to finish Bradley off, the referee Pat Russell made the mistake of ending the fight early after he mistook the 10 second bell as the bell to end the fight. Vargas missed out on a chance to knock Bradley out. Vargas asked for a rematch, but he was never given one by Bradley. 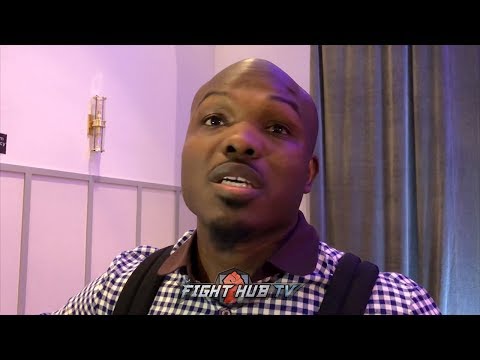